A specific date hasn't been announced, but Enfield wants fans to stay alert. 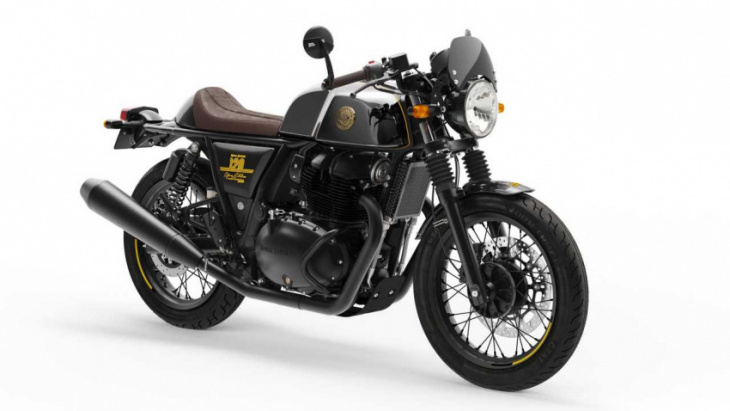 Back in December, 2021, the first round of Royal Enfield’s 120th Anniversary 650 Twins went on sale in India—and the overwhelmingly positive response among fans was devastatingly swift. A total of 120 of the special 120th Anniversary Twins were made available, broken into 60 each of both the Continental GT and INT.

Although India wasn’t the only place that Enfield intended to launch this special, extremely limited-edition tribute to its 120 years of being, it was the first market in which the 120th Anniversary Twins launched. How did it go? All of those bikes were spoken for in under two minutes.

Three more global regions would follow after that: Europe, Americas, Asia-Pacific. In April, 2022, the story was remarkably similar for the Asia-Pacific (APAC) region. Across Australia, Japan, Thailand, South Korea, and the Philippines, all 120 bikes reportedly sold out in under 24 hours. One question remained for those of us in North America: When would the 120th Anniversary Twins finally land on our shores?

The gorgeous brass badges were created by Royal Enfield, in collaboration with the Sirpi Senthil family, who are a multi-generational group of artisans renowned for such work, and hail from the town of Kumbakonam, Tamil Nadu, India. Their incomparable brass work has graced temples in India for some time, but this collaboration with Enfield marks the first time ever that the family has graced the automotive space with its work.

As well, the 120th Anniversary Twins will feature special, hand-crafted details, including hand-painted pinstriping, unique serial numbers to mark each bike out for posterity, and Enfield’s special black chrome tank. The tanks themselves are chromed at Enfield’s original 1950s factory, located in Thiruvottiyur, Chennai, India—tying an especially neat bow right over the top of these extremely special anniversary machines.

So, when will they be available in the United States? According to Royal Enfield North America, as of August 10, 2022, the official date is “soon.” Luckily, there is also a signup page for interested parties to input their contact information if they want to stay up to date. We’ll include a link in our Sources so you can sign up if you want to stay informed. Be sure to check your Spam folder if you’re interested, because if the rest of the world is any indication, these bikes will sell out fast.