Production could start as soon as 2025. 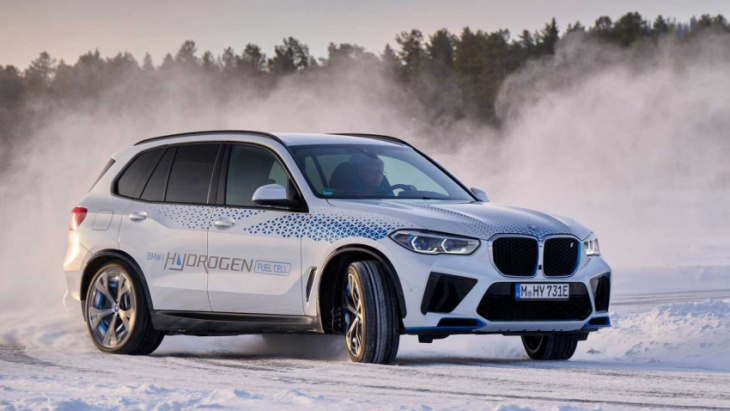 It’s been over a decade since BMW and Toyota began working together. The partnership would produce the Supra and Z4, but their ties run deeper than their sports car. The two will start mass-producing and selling jointly developed hydrogen fuel cell vehicles as soon as 2025. Pieter Nota, BMW’s sales chief, divulged the information in an interview with Nikkei Asia.

Nota didn’t provide details about these new fuel cell vehicles, but he did tell the publication that BMW sees hydrogen as “particularly relevant for larger SUVs.” Old rumors suggested BMW was interested in adding hydrogen power to the X7 at one point.

BMW’s focus on fuel cell technology allows the company to spread out its investments as it continues to fund its combustion engines and battery-electric vehicles. EV infrastructure is still lagging and is not evenly distributed in most markets. However, the infrastructure for hydrogen is almost non-existent. The German automaker wants 50 percent of the group’s new car sales to be EVs by 2030, including the Mini and Rolls-Royce brands.

We don’t know everything about the new iX5 Hydrogen. The concept arrived with 168 horsepower (125 kilowatts) on the spec sheet, but we don’t know its range. The crossover will allegedly feature two six-kilogram hydrogen tanks. The powertrain can make up to 369 hp (275 kW), too, but BMW chose to prioritize efficiency over performance.

Toyota has a long history of hydrogen fuel cell development, so BMW venturing into the space with the Japanese automakers isn’t a surprise. The company started developing the technology in 1992, culminating in the mass-produced Mirai hitting the market in 2015. The FCV recently received a significant update from Toyota with a second-generation model for 2021. Nota hinted that there are other projects BMW and Toyota are working on together.