Growing up, it’s safe to say my absolute favorite movie was Disney’s “The Love Bug.” As a kid living in a world before Pixar’s “Cars,” it was pretty much the best car movie. I loved the vehicles, the racing, the stunts, and, of course, Herbie, the titular Love Bug. I had so many die-cast Beetles as a result, and it definitely played a role in me buying my 2013 Beetle a couple of years ago.

My fandom hasn’t waned. I still love the movie, maybe more so than when I was little. I picked up on gags I didn’t get as a kid. I watched bonus features to learn about the making of the movie. And I distinctly remember a part of one behind-the-scenes segment where people on the film discussed how they cast Herbie. They brought out various cars to the studio, and they noticed that people reacted very differently to the Beetle than to regular cars, sometimes patting it and treating it like something almost alive. Ever since watching that, the thought has crossed my mind: How would you cast “The Love Bug” if it were remade today? (Disney’s doing a lot of remakes these days.) Well, I think I have an idea, and not just for our hero car.

Now I know, choosing the final generation of Beetle like the Spanish Edition 53 shown at top seems like a bit of a cop-out, and may seem like I’m biased. Some of that may be true. However, I have good reasons. A key ones is that the Beetle, even the newest version, is still probably the most unabashedly cute car to be offered in the U.S. in the past 10 years. Plus, you couldn’t recast with a different vehicle without renaming the movie. The Beetle still has a big smile and happy round lights. Even Minis and Fiat 500s have a bit of a frown. The ND Miata still smiles, and it would probably be my second choice if the Beetle had gotten too old to plausibly be offered at a premium car dealer, but it’s got more of a scowl with its squinting lights. Like in the 1960s, there’s a dearth of friendly looking cars.

The Beetle also ticks a few other boxes. It fits the description of being something a rich person might’ve bought their housekeeper for transportation (Herbie’s backstory). It also still has a back seat, so you can have the three main human protagonists in it. And the real-life car has a tuneable turbo counterpart that lends a little believability to a Beetle hanging with production-based race cars. 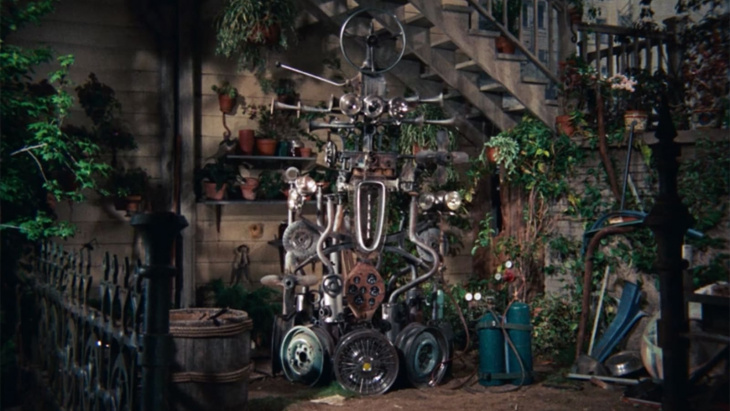 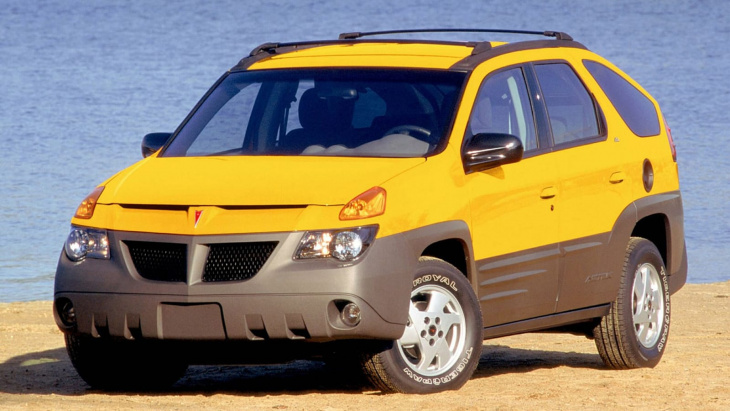 Right at the beginning of the film is the gag that prompts Jim Douglas to go looking for a car. After arriving home from a bad day at the track, Jim plans to go to a dirt track and asks his friend Tennessee (played by Buddy Hackett) where his car is, to borrow it. Tennessee’s car turns out to be an Edsel. Well, it was an Edsel. Tennessee cut it apart and turned it into yard art. He explained with the following quote: “It came over me all of a sudden. It was the only decent thing to do.”

It went over my head as a kid who didn’t really know what an Edsel was, but now I see it for the funny, pop culture reference it is. But what could possibly equal the ugliness and flop-worthiness of an Edsel nowadays? Easy: the Pontiac Aztek. Basically nothing would have to change about this scene except the car parts in the firehouse yard. 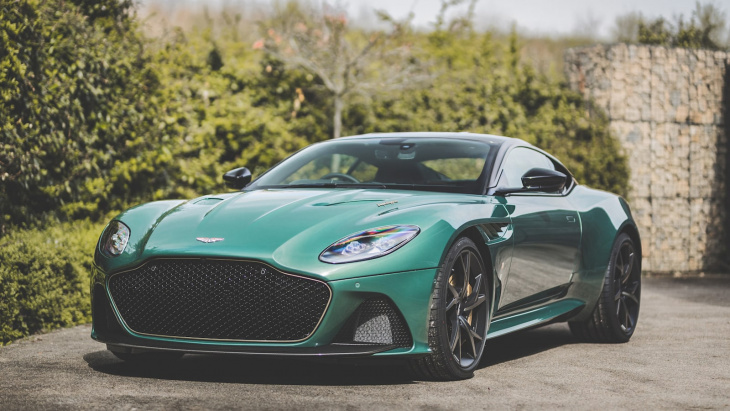 One of the other key machines in the movie is the “Thorndyke Special,” which was an Apollo GT. Though very European in design, the front-engine sports car was all-American, and under the hood was a Buick V8.

Exotic front-engine sports cars are few and far between nowadays, especially from the U.S. So that leads us to Europe. The Ferrari 812 GTS is a strong contender, but I think the Aston Martin DBS would be a better pick. It has a more menacing front end, which is fitting for an antagonist’s car. Plus, I suspect Aston Martin would be easier to deal with as a film contributor than Ferrari. 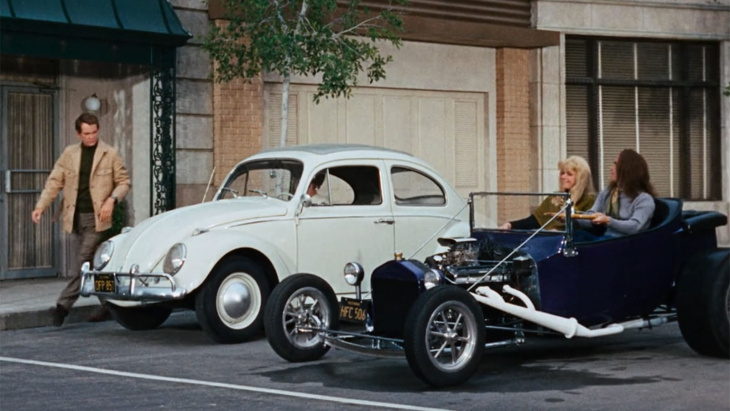 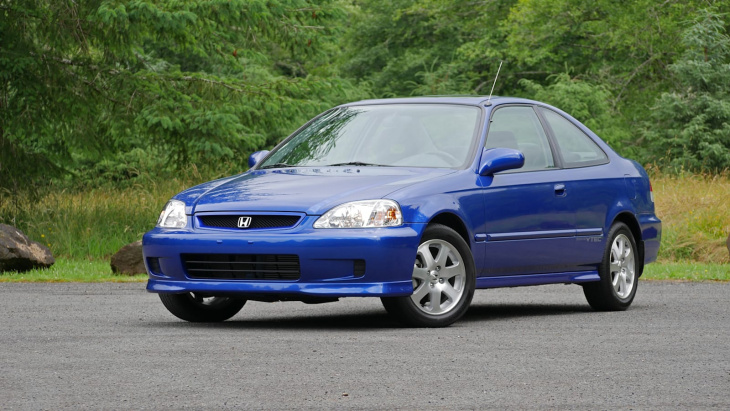 While test-driving Herbie, a guy in a T-bucket hot rod pulls up and makes fun of it, challenging Jim to a race. Jim isn’t into it, but Herbie says otherwise and proceeds to trounce the hot rodder. The result is the hot rodder’s respect, as well as Jim’s interest in the Beetle.

The modified car scene has been extremely healthy the past few decades, so a whole host of cars could fill in for the T-bucket. But in the way hot rods based on ’30s and ’40s American cars were a staple of customization at the time, Hondas dominated affordable, modifiable cars at the turn of the millennium. So a hopped-up Civic seems like the best choice. And I feel like the owner of a fast Civic is more likely to have some respect for a fast Beetle than, say, the owner of a fast Challenger, whom I could see slinking away, and praying that no one was taking a phone video of the race. 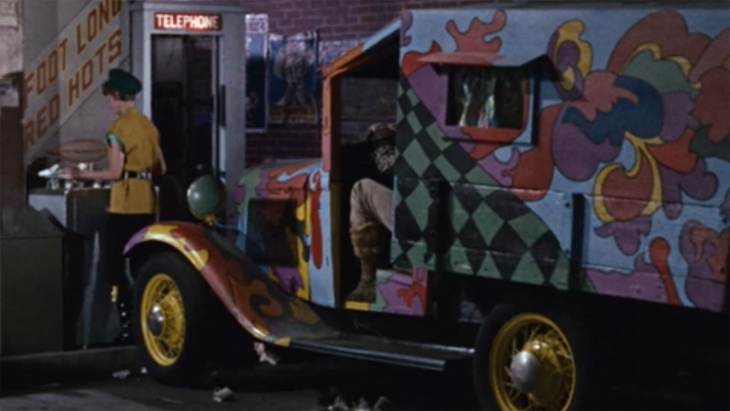 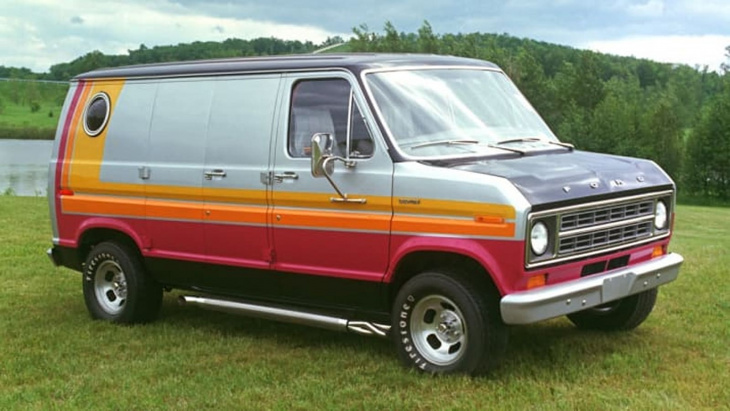 When Jim’s and Carol’s test drive won’t end, Herbie takes them to a drive-in for some dinner. Next to them is a pair of hippies in a customized van. One of them teases Carol as she’s trying to get out of the car. Fun fact, the hippie in question is actually Dean Jones, the man who plays Jim Douglas.

I had a couple of ideas for what the new equivalent of this van and its owners could be. It could be some kind of budget overlander with some alternative-medicine-loving modern-style hippies. Though it would be hard to imagine them being at some kind of fast-food joint. So I think the better move would be to feature an old ’70s or ’80s custom full-size van, complete with airbrushed paint on the side. It could even reference the paint on the van from Pixar’s “Onward.” And as an aside, it would be a great opportunity to bring in Tommy Chong as the owner and driver. 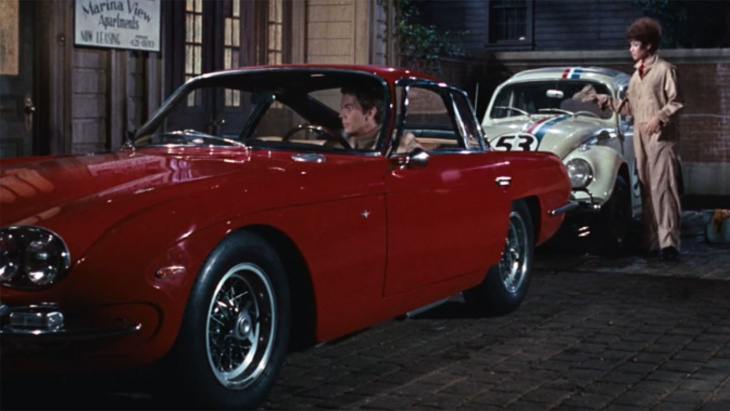 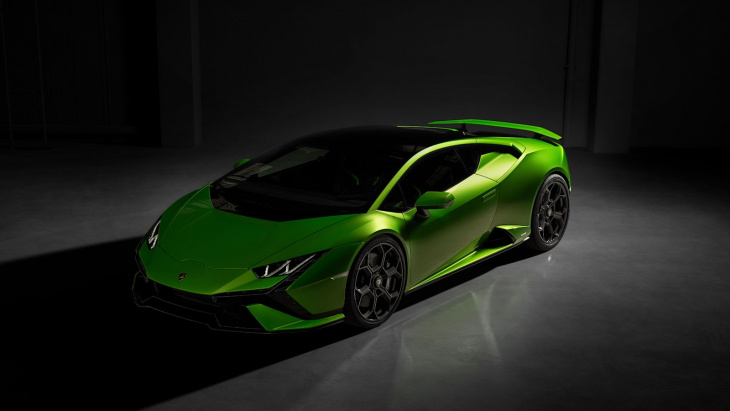 At about the darkest point in the movie, Jim comes home having just purchased a Lamborghini from Thorndyke. It’s meant to be a replacement for Herbie. Unsurprisingly, Herbie doesn’t take it well, promptly smashing the car and running off.

The original car was a Lamborghini 400 GT, which overlapped for a while with the hotter Miura. As such, a high-performance Huracan seems like the best modern equivalent, since the Aventador would be more like the modern Miura. And a high-performance variant would be ideal, since Jim would’ve been buying the car for track and racing purposes.

And that pretty much wraps up the key vehicles in “The Love Bug.” What do you think of my picks? Do you have different ideas? Would you like to see more car movies recast? Let us know in the comments.