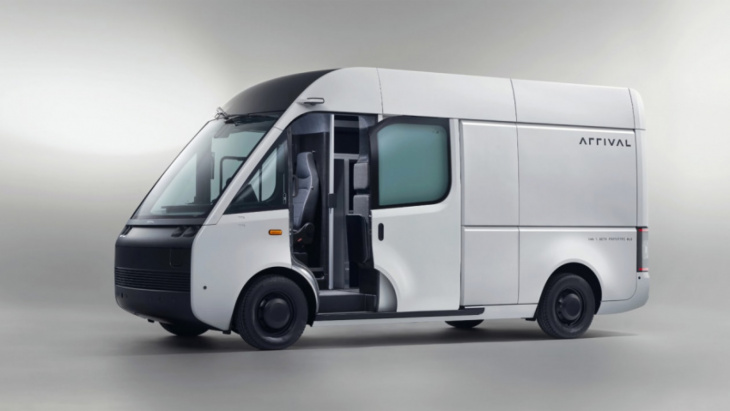 New electric commercial vehicle start-up Arrival’s all-electric panel van will start production this summer with 20 vans expected to go to customers before the end of the year. The announcement was made in the firm’s Second Quarter 2022 Financial report.

The van’s production will take place at the firm’s Bicester R&D centre in Oxfordshire where it was designed. Simply called the Arrival Van, it has already entered a brief trial phase this year with a select group of businesses and private customers, and will soon begin trialling in central London – a key area for pure-electric vans.

The firm’s second production plant will be in Charlotte, North Carolina, its opening has been delayed until 2023.

“We have had big achievements in Q2 including the European certification of our Van and Bus products and successful internal trials of both Van and Bus on public roads.” said Denis Sverdlov, Arrival founder and CEO. “In addition, we’ve made recent strategic decisions that will allow us to start production this quarter in Bicester, deliver our first vehicles to UPS this year, and start production in Charlotte in 2023.”The brand has plans to open more assembly lines, each of which will employ a further 200 people and increase annual production capacity by 10,000 units. However, in the latest financial report, Arrival reported losses of $89.6m (£73.8m) in the second quarter of 2022, compared to a loss of $56.2m (£46.2m) in the same quarter in 2021.

The Arrival Van itself will have plenty of rivals in the large electric van segment, which was relatively lacking in numbers only a few years ago. There’s the Ford E-Transit and Mercedes eSprinter to contend with as well as the Stellantis models such as the Fiat e-Ducato, Citroen e-Relay, and Vauxhall Movano-e. Arrival says its new van has a maximum payload of 1,975kg and, depending on the wheelbase, a maximum capacity of 14.6 cubic metres. 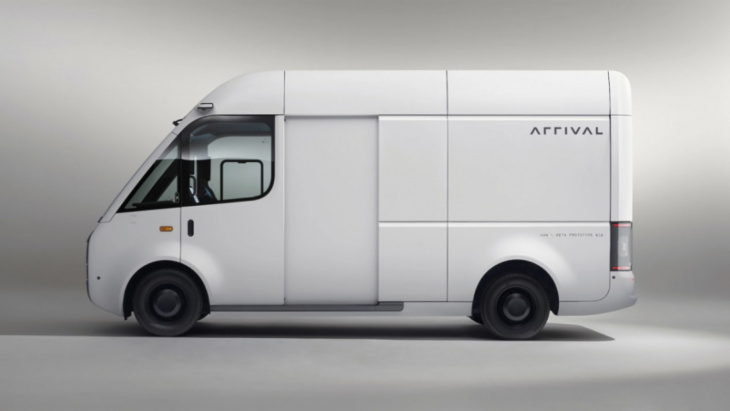 The battery pack system is modular, with capacities ranging from 67kWh to 133kWh. The entry-level 67kWh van claims an estimated range of 112 miles on a single charge, while two mid-range 89kWh and 111kWh options are pegged at 149 miles and 180 miles respectively. Arrivals claims that the 133kWh version of the van is capable of 211 miles on a full battery, while every version comes with 120kW DC charging technology.

Unlike its major competitors from Stellantis, the Arrival Van is built around a purpose-made electric platform. To keep the van’s kerb weight to a minimum and maximise range, its chassis is made from aluminium and its body panels are made from lightweight composite plastics.

Arrival says this latter innovation could also help to keep repair costs down, as the composite panels are more resistant to dents and scrapes than painted steel bodywork. If a panel does get damaged beyond use, it’s also quicker and cheaper to replace. None of the van’s structure will rust either, which increases its life expectancy.

The Arrival Van uses little welding to construct. Instead, the platforms and bodies are bolted and bonded together, which the brand says makes the vehicles both quicker to assemble and cheaper to buy as there’s no need to invest in expensive specialist tooling. 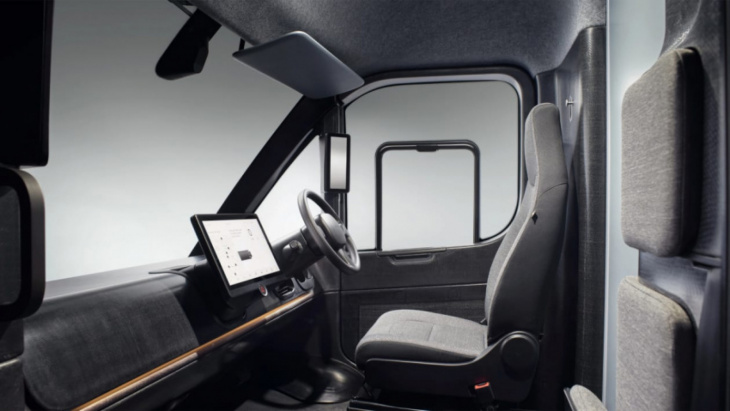 Patrick Bion, Arrival’s Vice President of Product, told Auto Express: “Our material cost alone will never be our best competitive attribute, but when you balance that off with the cost of the assembly process, it’s far, far better. The cost to bring a product to market – or 10,000 – is far, far lower than using the traditional processes.

Further costs are saved by the use of a new, cheap composite material in the construction of the van.

“It’s one that we’ve created from the ground up. So we take raw commodities that are easily available – in this case a thermoplastic and a glass fibre – we make our own sheets and form those sheets ourselves,” explained Bion.

“We can then add certain materials to get more from that property. So, we can add a veil on the outside so that it has very good UV stability, for example. We can also run a colour all the way through, so when you scratch it, you’re not seeing paint marks. All little things that mean for a product – or tens of thousands of a product – on the street, you’re going to have to service it at a loss less frequently than you would with anything else.”

Inside, the van features climate control, digital rear-view mirrors and an enormous 15.6-inch infotainment system mounted in the centre of the dash. There’ll be plenty of safety tech, too, including autonomous emergency braking, blind spot monitoring and lane keeping assist.

The entry-level model will be powered by an electric motor mounted on the front axle, although more expensive variants will be offered with an extra motor for the rear wheels, while the van also makes use of a two-speed gearbox compared with the single speed transmission common in electric vehicles.

Arrival says the system will have an output of 150kW – equivalent to 201bhp. The powertrain is also modular and will find a future home in the brand’s upcoming electric bus (where it could develop up to 3,000Nm torque) and a new lightweight commercial vehicle.

As for the cost, Bion claims that the Arrival Van could undercut rivals from big-name manufacturers. 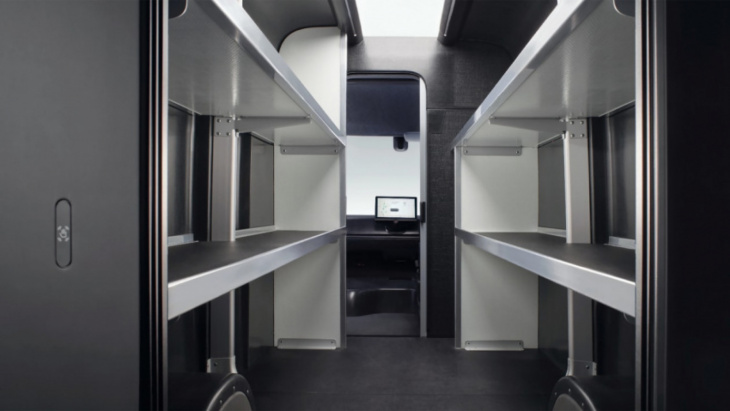 “We will be much lower cost than other retro-fit EV vehicles,” he said. “By that I mean any team that’s taking a vehicle built around an engine, we’ll be much cheaper than those products.”

Arrival has also revealed the Bus which has a massive 310.8kWh battery pack and offers seating for 36 passengers. As it is built using the same weight saving techniques as Arrival’s electric van (as well as common suspension and wheels across both its axles), it’s estimated to be around 40 percent lighter than most battery-electric buses currently on the market.

An Arrival Car was revealed last year, which should use the same technology as the vans. Bion also spoke on upcoming projects from Arrival: “A lot of our technologies are used across all of our vehicles – so; big van, small van, bus, truck, car, whatever it might be. We’ll have a number of products coming out in the next few years.

“We’re here to address electric vehicle adoption wherever we need to. Everything we do – it’s not about being a van producer or a bus producer – is about solving the scalability of a product; it’s about solving the assembly process and the cost of the user experience. And we’ll apply that to whatever products we think we need to.”

Keyword: First Arrival Vans will be delivered later this year