A luxury SUV offers more exciting powertrains, a better interior, and superior technology than its cheaper counterparts. As a result, buyers will often love these 2022 luxury SUVs despite possible maintenance or performance issues.

It might seem strange, but Consumer Reports data proves that this is the case. Even though they both have terrible scores overall, the owner satisfaction ratings of two particular luxury models are high. Critics might hate these SUVs, but there’s a possibility that you’ll love them.

We don’t want to say it’s exquisite, but I guess we just did. The luxurious GV80.#GV80 #GenesisUSA pic.twitter.com/aYQ5J6K9Ic

Owner satisfaction is measured by how well drivers are satisfied with any given car in four key areas. These include the overall styling of the vehicle and its performance regarding handling and acceleration.

Owners are also asked if the vehicle’s interior met their expectations. This area covers the interior’s fit and finish, seat comfort, ride quality, and exterior and interior noise levels. Finally, owner satisfaction is measured in terms of value in terms of whether or not drivers believed the vehicle was worth the price paid.

What’s so bad about the 2022 Land Rover Defender? 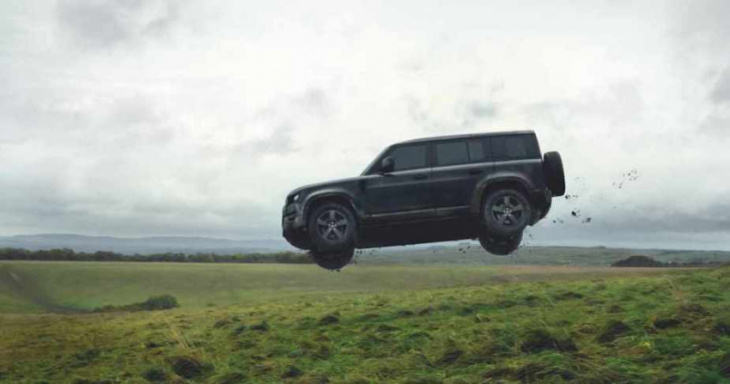 The remodeled Land Rover Defender has only sold in the U.S. since 2020. As such, Consumer Reports doesn’t have long-term owner satisfaction data yet. The 2022 Defender is still predicted to please the majority of its drivers, likely because of its satisfying performance.

The Land Rover Defender has three engine choices, but Consumer Reports tested one with the optional 3.0-liter six-cylinder. It has 395 hp and 406 lb-ft of torque, paired with an eight-speed automatic transmission.

It only needs about seven seconds to reach 60 mph, and the gearbox nearly always responds quickly when engaged. Consumer Reports was also pleased with the Land Rover Defender’s rugged character and off-roading skills. Even so, Consumer Reports testers had problems getting appropriate traction when selecting specific drive modes.

The brakes might be easy to modulate, but the 2022 Defender still has some of the longest stopping distances in the segment. It also doesn’t get the best gas mileage at 18 mpg overall in Consumer Reports’ real-world testing. Even more disappointing, the automaker recommends using premium gas for this model.

Consumer Reports predicts that GV80 drivers will appreciate this vehicle’s styling and performance the most. The available turbocharged V6 generates 375 hp and 391 lb-ft of torque, allowing drivers to reach 60 mph in six seconds. The GV80 handles exceptionally well while providing short braking distances and a quiet cabin.

Most GV80 drivers should be impressed with the comfort, but the standard 19-inch wheels might make the ride too stiff. Most interior controls aren’t easy to locate, and figuring out which one does what is a challenge. The infotainment interface itself also takes some time to learn.

Some customers might be disappointed with the GV80’s overall value, probably because of elevated fuel costs. You’ll likely pay over $3,300 for the gas each year, on top of this car’s $50,200 asking price. The Genesis GV80 is also one of the least reliable cars in its class, indicating an increased likelihood of expensive repairs.