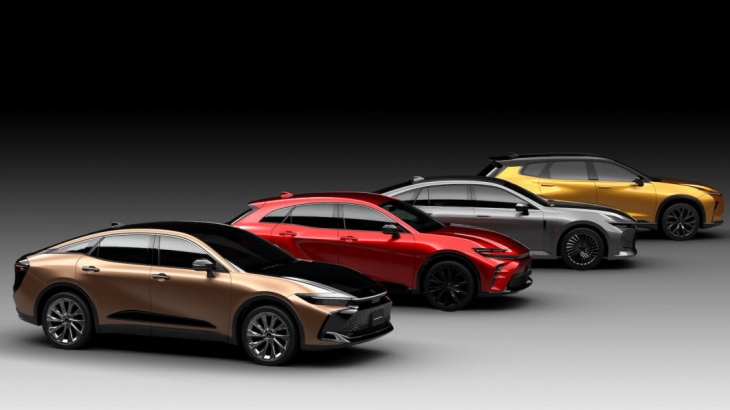 The Crown is Toyota’s longest-running passenger car nameplate and one of the automaker’s most important vehicles. For its sixteenth generation, Toyota CEO Akio Toyoda wanted the best of the Crown’s historical and technology values to power a revolution of the Crown brand. We saw the first charge in that revolution a few days ago, when Toyota debuted the car that will replace the Avalon on our shores. But the Crown is a global car aimed at 40 international markets, so engineers developed three more body styles “to meet diverse needs.” Toyota in Japan calls our style the Crossover Type, although Toyota USA told us it’s a sedan. The nomenclature difference could be because one of the other bodystyles is a proper three-box Sedan Type, joining the Sport Type that looks like a small mid-size crossover, and the Estate Type that looks like a large mid-size crossover. 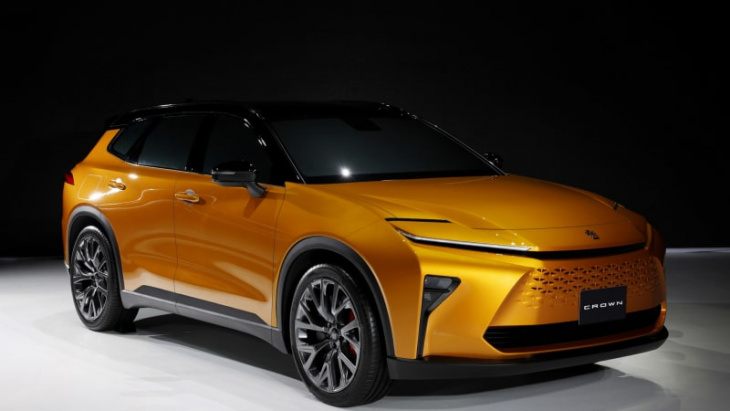 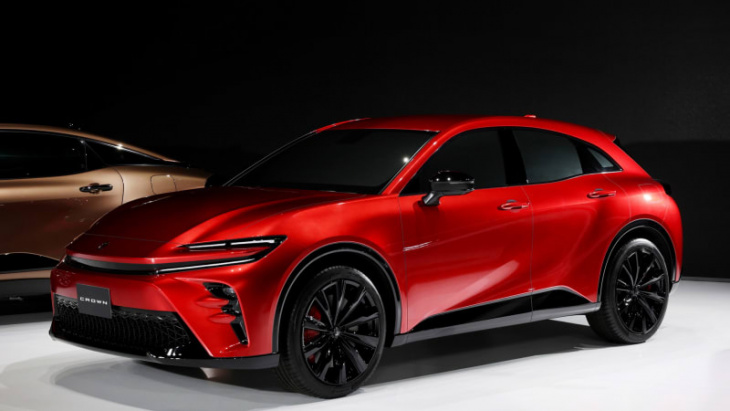 According to the automaker’s descriptions, the Sport Type is “a spirited and creative car with easy-to-drive packaging that offers an agile and sporty driving experience.” The Estate is “a cross between a station wagon and an SUV [that] enables users to enjoy driving performance with power to spare and an active lifestyle in a mature atmosphere.” The sedan “was developed in pursuit of quality and comfort, as well as a new formal expression” for those who prefer to be chauffeured. 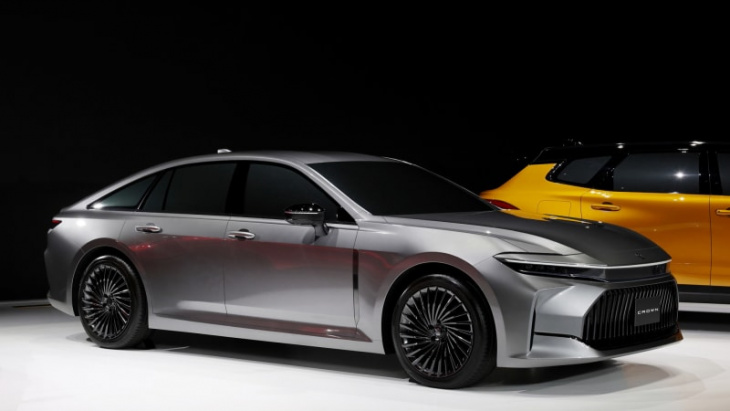 It seems likely Toyota will spread its new Hybrid Max powertrain around, but the automaker didn’t give away anything about the other models beyond looks, so we don’t know how big the other three are nor what will power them. With 15 generations of rear-driving sedans in the past, it’s possible the sedan rides on the rear-driving TNGA-L platform instead of the front-driving TNGA-K platform used by the Crossover Type we get. The most recent Crown rode on the TNGA-L, as do some Lexus models on sale here. The new Crown sedan is shaped rather like the Toyota Mirai hydrogen fuel cell sedan that was originally expected to be a Lexus and which also uses the TNGA-L. This is speculation, though.

The rollout for the remaining styles will happen elsewhere over the next 18 months.