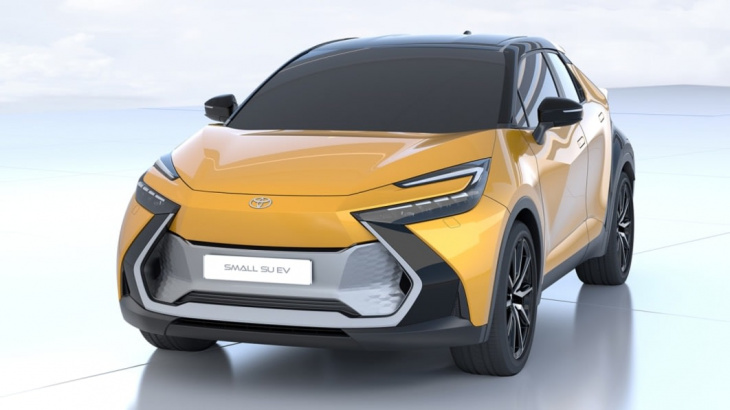 As spotted by Drive, Japanese outlet Spyder7 believes (translated) Toyota plans to release an updated CH-R in 2023 that will continue with the current TNGA GA-C platform, but might be all-new otherwise. The rumor says the next version of the compact crossover will offer a 2.0-liter four-cylinder aided with hybrid assistance and available with all-wheel drive. The current C-HR is only available with all-wheel drive when powered by the naturally aspirated 2.0-liter, not when fitted with the hybrid.

Spyder7 also says there’s a battery-electric CH-R on the way, to be announced sometime after the ICE version. Toyota launched an electric C-HR in China in 2020, still the only market where the model is on sale. It packs a 54.3-kilowatt-hour battery powering a single electric motor with 201 horsepower and 221 pound-feet of torque to a range of 400 kilometers on the European cycle. The suspicion seems to be that Toyota could swap the electric C-HR over to its new Beyond Zero lineup that kicked off with the bZ4X developed with Subaru. If that happened, a name change to something like bZ3X or bZ2X would be in order, and in fact, fingers point to the BZ Compact SUV concept (pictured) Toyota brought to its Explanatory Meeting on Battery EV Day last December. That BZ would provide toned down looks for the electric C-HR, the bZ4X would provide a version of its EV powertrain.

This being rumor, of course we have no idea if any of this will happen, nor, if it does, whether the electric C-HR/bZ3X will come to the U.S. Australian outlet Car Sales asked its insiders what they could offer about the C-HR, the reply came back, “No news on a new C-HR model at this stage or any time soon – nothing for the next couple for years.” What we do know is that Toyota is developing 30 new EVs for this decade, targeting 5.5 million global sales by 2030. With the C-HR in the U.S. not available with all-wheel drive, and the no-frills Corolla Cross Hybrid arriving to undercut the C-HR’s price and likely steal audience favor, Toyota could be served by getting another EV crossover here under the $42,000 starting price of the bZ4X.

Keyword: Toyota C-HR rumored to get revamp next year and an EV version