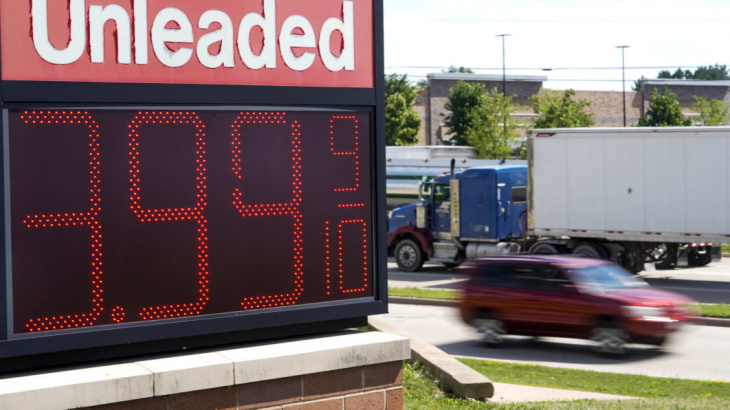 The average price per gallon of gasoline dropped below $4 this week for the first time since March, but remains nearly a dollar higher than it was a year ago. Analysts say demand has been tempered by inflationary pressures, which have prompted changes in the driving habits of as many as two-thirds of U.S. adults, according to AAA.

“Oil is the primary ingredient in gasoline, so less expensive oil is helpful in taming pump prices,” said AAA’s Andrew Gross. “Couple that with fewer drivers fueling up, and you have a recipe for gas prices to keep easing. It’s possible that the national average will fall below $4 this week.”

And Gross’ prediction came true — the national average today, as calculated by AAA, is $3.99. That’s down 68 cents from a month ago.

The current average for a gallon of premium is $4.74, down 67 cents from a month ago.

Weakening crude prices and growing inventories are expected to keep downward pressure on prices as the summer driving season enters its home stretch.