The Sally Special is a one-of-one variant of Porsche’s rear-engined sports car that’s based on the Cars character Sally Carrera.

Disney and Pixar’s Cars may have hit theaters in the summer of 2006, but production of the film started many years earlier, with production designer Bob Pauley first sketching the film’s female protagonist, Sally Carrera, in 2002. As her surname suggests, Sally is an anthropomorphic Porsche 911 Carrera. A 2002 Porsche 911 Carrera, specifically, better known by enthusiasts as a part of the 996-generation of 911s.

Though the film Cars may be only 16 years old, the character of Sally is celebrating two decades since leaving the—animated—Zuffenhausen factory. In honor of her emerald anniversary, the Cars team worked with Porsche to create a one-of-a-kind 2022 Porsche 911, which bears the mark Sally Special. 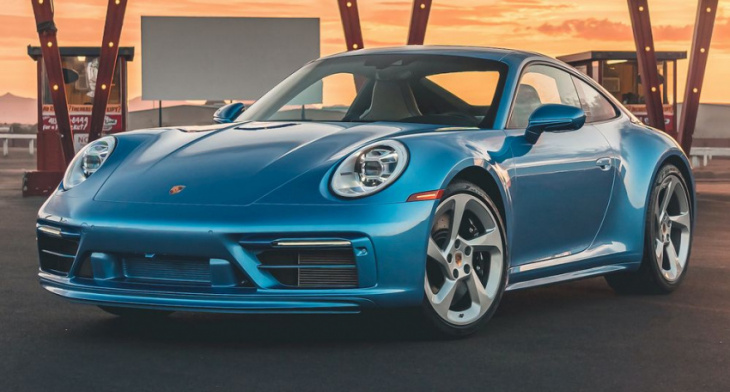 Based on the 473-hp Carrera GTS trim, the Sally Special brings elements of the Radiator Springs attorney to the modern 992-series 911. As such, Porsche also incorporated certain 996-generation design staples into the Sally Special. This includes silver headlight surrounds, as well as rear badging and staggered five-spoke wheels that mimic those of Sally (and of 911s of her era). Porsche and Pixar, however, refrained from fitting the Sally Special with big eyes and a mouth in place of a windshield or front grille. Nor did they hire Bonnie Hunt to supply voice guidance for the in-dash navigation system.

The most notable element of the Sally Special is arguably its Sally Blue Metallic hue, a distinct color that requires hand application. Sally Blue Metallic also spreads to additional areas of the car’s front and rear fascias and engine lid, parts that Porsche keeps in black on the run-of-the-mill Carrera GTS. 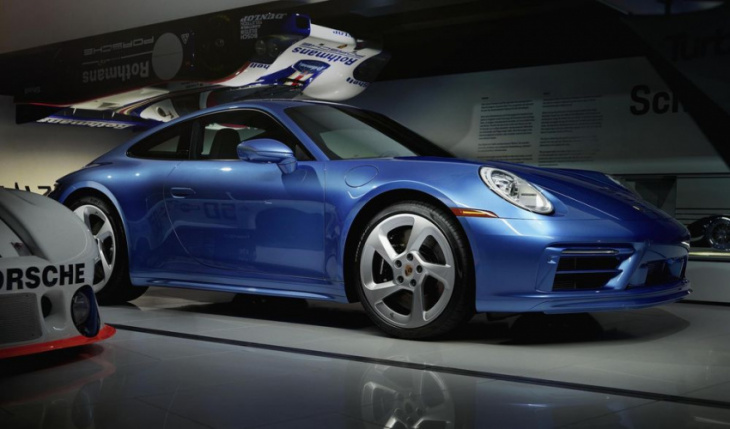 Raising the Sally Special’s rear spoiler reveals a decal that matches the back-tattoo-like pinstripes of Sally, a bit of decor she got back when she was living life in the fast lane as a Los Angeles attorney. Kudos to Sally for achieving so much in life in the four short years between her final assembly and the theatrical release of Cars.

Like its exterior, the Sally Special’s interior features an array of bespoke touches. Sally Blue Metallic decorates the cabin’s trim pieces and complements Chalk leather seats that include Speed Blue and Chalk stitching and Pepita inserts, which feature a color combination of black, Chalk, and Speed Blue. Chalk and Speed Blue dot other parts of the Sally Special’s insides, with the former making up the lower dashboard and the latter finding its way to the steering wheel’s center marker and the shift pattern display of the seven-speed manual transmission’s gear knob. 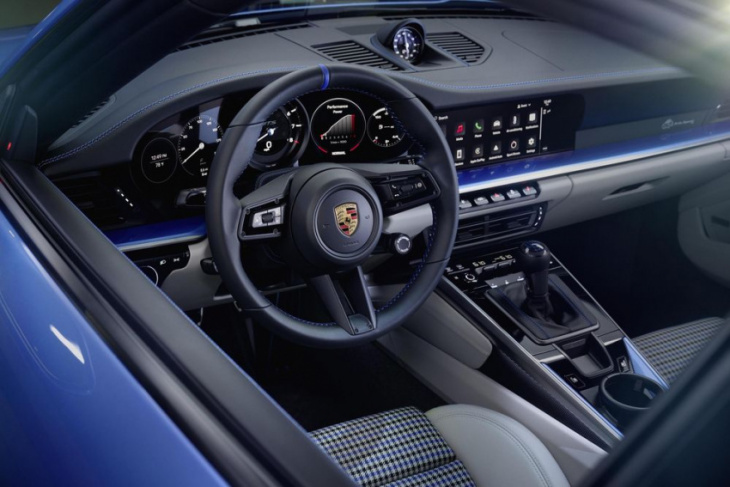 Other distinct details include a printing on the dashboard above the glovebox denoting the car’s special nature, backlit Sally Special doorsill guards, and a unique “Kachow Mode” that replaces the typical Sport Response button on the car’s steering-wheel-mounted drive mode switch.

Whereas most limited-run Porsche models are often spoken for before being released, the Sally Special is still up for grabs. This is because Porsche and Pixar are auctioning the car off at RM Sotheby’s upcoming Monterey, California, event. 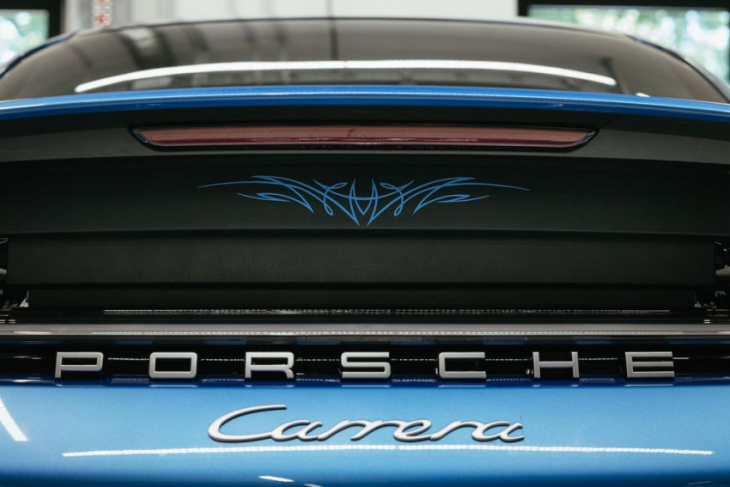 Proceeds from the sale, which takes place on August 20, will benefit two charities: Girls Inc., a nonprofit that serves girls between the ages of five and 18 and equips them with the tools and support needed to successfully navigate life’s challenges; and USA for UNHCR, the UN Refugee Agency, a nonprofit working to help the many refugees forced to flee Ukraine as a result of Russian aggression. Nonprofit evaluator Charity Navigator awards Girls Inc. a top rating of four stars. USA for UNHCR, meanwhile, achieves just two stars.

Along with scoring the keys to the Sally Special, the winning bidder will also receive a matching Porsche Design watch, a second set of wheels—including a custom-made rack—to mount track tires on, a unique car cover, the car’s original color molds and its show plates, and a special book filled with information charting the development of the Sally Special.

Keyword: Porsche 911 Sally Special Is Based on an Animated Character That Was Based on a 911