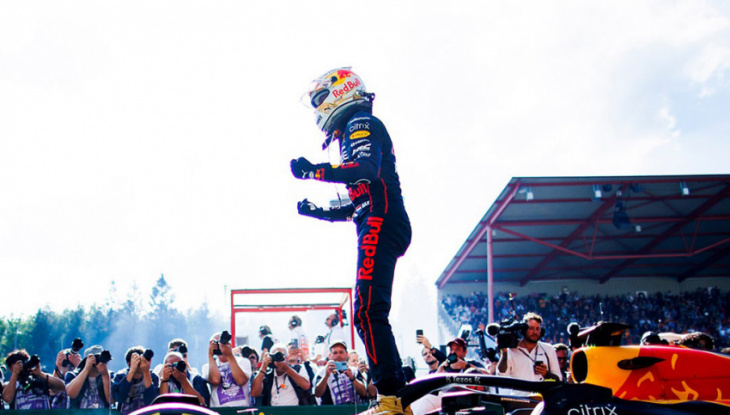 Red Bull Racing’s Max Verstappen drove brilliantly on Sunday at the 2022 Formula 1 Belgian Grand Prix, moving from 14th on the grid to first place by the end of the race.

When the lights turned green at a sun-drenched Spa-Francorchamps, Sainz comfortably kept the lead despite the best attempts of Perez, who also started at the front of the grid. Alpine’s Fernando Alonso and Mercedes-Benz AMG’s Lewis Hamilton were soon able to pass Perez, but an aggressive move by Hamilton saw the Mercedes driver come into contact with Alonso. It was the end of the race for Hamilton on the first lap, and a lap later there was a safety car period after Alfa Romeo’s Valtteri Bottas spun out while trying to avoid the Williams of Nicholas Latifi.

Meanwhile Verstappen, who topped Saturday’s qualifying, started the race at 14th due to a penalty for swapping in a new power unit. The reigning world champion was already at eighth place after the race resumed on lap three following the exit of the safety car, and by lap eight he was third, with Perez and Sainz still ahead. 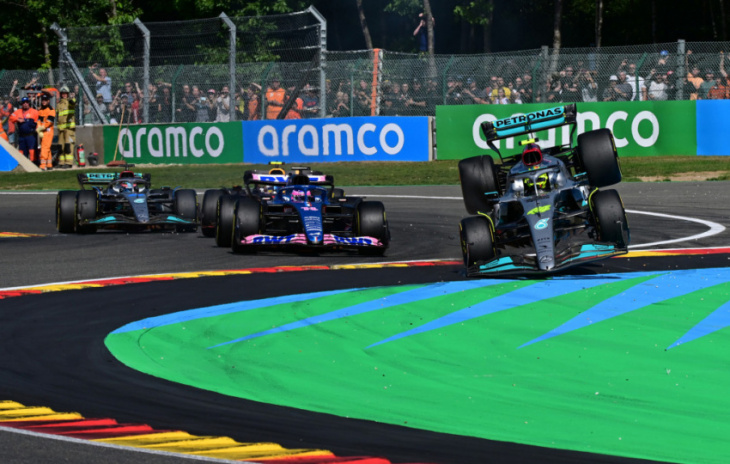 Perez would later hand second position to Verstappen, and Sainz would eventually lose the lead spot to Verstappen by lap 19. Sainz would then also lose second place to Perez just two laps later due to the sheer pace of the Red Bull cars.

Mercedes’ George Russell finished fourth after starting at fifth, while Alonso, despite his early setback, managed to finish the race in fifth.

It was another bad day for Ferrari’s Charles Leclerc. Debris entered one of his car’s brake ducts early in the race, cause an unscheduled pit stop and dropping the driver to 17th place. However, he was able to move up to sixth place by the end of the race.

Following the weekend’s action, Verstappen’s lead in the 2022 Drivers’ Championship further extended, with the Red Bull driver now sitting on 284 points. Perez has moved back into second with 191 points, while Leclerc is now in third with 186 points. In the Constructors’ Championship, Red Bull leads with 475 points, versus the 357 of Ferrari and 316 of Mercedes. The next race on the calendar is the Dutch Grand Prix scheduled for the coming weekend. 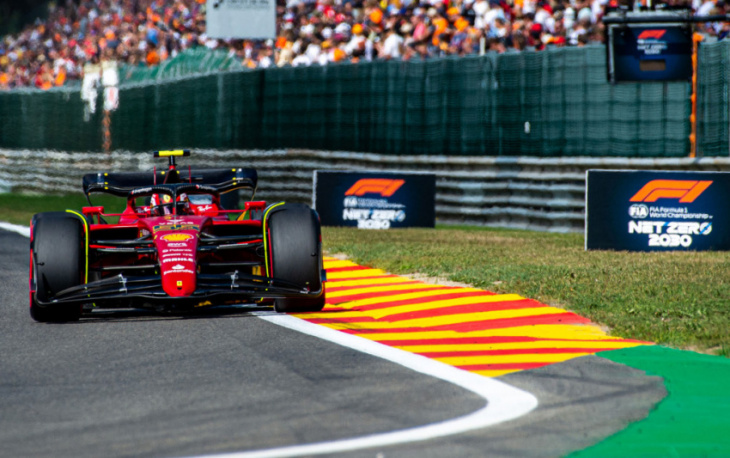 Below are the full results from the 2022 Formula 1 Belgian Grand Prix: