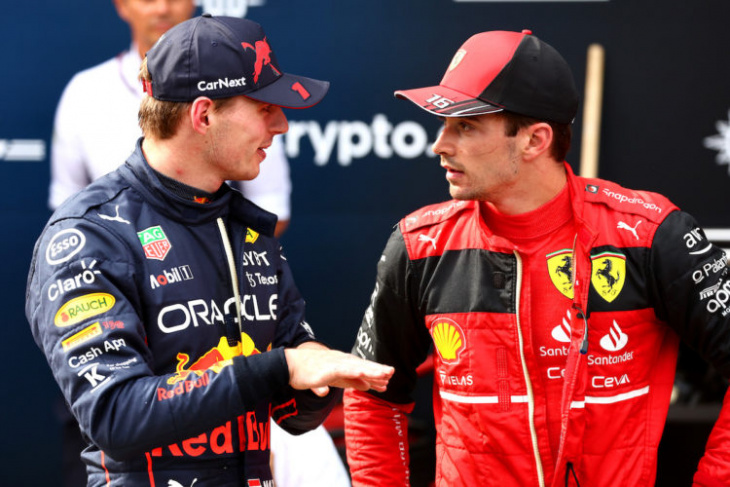 A number of Formula 1 drivers will take a grid drop for this weekend’s Belgian Grand Prix, including championship front-runners Max Verstappen and Charles Leclerc.

Verstappen, who has an 80-point lead in the standings, has been fitted with a new Internal Combustion Engine (ICE), turbocharger, MGU-H, and MGU-K that exceed the penalty-free quota for the season.

He has also taken on a second Energy Store and Control Electronics, however they do not form part of his penalty.

Verstappen’s punishment is set to be a back of the grid drop, as is Leclerc’s, who currently sits second in the standings.

The Monegasque driver has been fitted with a new MGU-K, Energy Store and gearbox.

Alfa Romeo to split from Sauber after 2023 season

Several other drivers are also set to be sent to the back of the grid, including Lando Norris and Esteban Ocon.

Both drivers are taking on their fourth ICE, turbocharger and MGU-H, while Ocon has also been fitted with a fourth MGU-K, as well as his third Energy Store and Control Electronics units.

Valtteri Bottas will also be demoted after Alfa Romeo installed a fifth ICE and gearbox and sixth turbocharger and MGU-H.

Mick Schumacher is the final driver who has so far been confirmed to have penalties after Haas fitted his car with a third Control Electronics and a fifth gearbox.

Qualifying order is set to determine the manner in which the penalised drivers line up for Sunday’s race.