Verstappen fastest but Sainz to start from Belgian GP pole

Formula 1 points leader Max Verstappen dominated qualifying at the Belgian Grand Prix but it will be Carlos Sainz who starts from pole position.

Verstappen is one of seven drivers with major grid penalties, meaning he was simply fighting the five others with back-of-the-grid drops – including chief title rival Charles Leclerc – for 15th-20th on the grid. 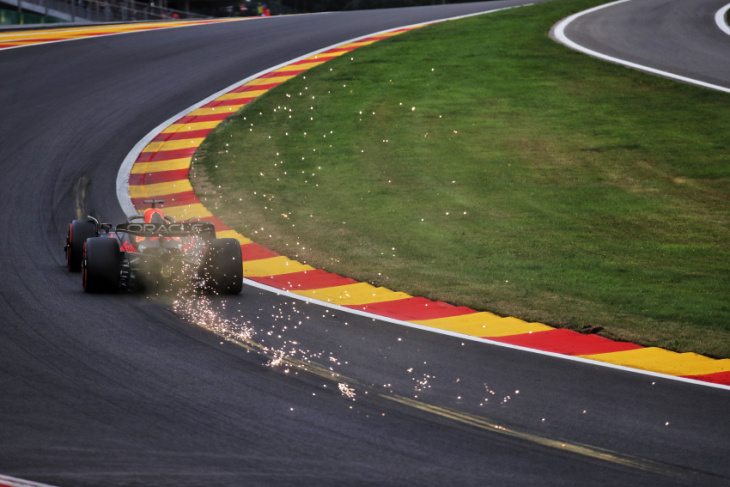 Verstappen looked comfortable throughout practice and the opening two parts of qualifying before he delivered a 1m43.665s with his first Q3 flying lap.

The Red Bull driver stayed in his garage thereafter and none of his rivals got close even with a second flying lap.

Sainz had a scruffy final lap and couldn’t beat his first effort, but that was still good enough to take second in qualifying that will become pole when Verstappen’s back-of-the-grid penalty is applied.

Verstappen’s team-mate Sergio Perez will line-up alongside Sainz on the front row after qualifying third ahead of Leclerc, who only had time for one flying lap in Q3 after his Ferrari team fit the “wrong” set of soft tyres for his first run.

Esteban Ocon was the faster Alpine but his engine penalty means Fernando Alonso will start third on the grid after beating the Mercedes duo to sixth place in Q3. He’ll share the second row with his former team-mate Lewis Hamilton, with George Russell fifth.

The driver who replaced Russell at Williams, Alex Albon, shed the unwanted tag of the only 2022 F1 driver yet to advance to Q3 by going 10th fastest right at the end of Q2. 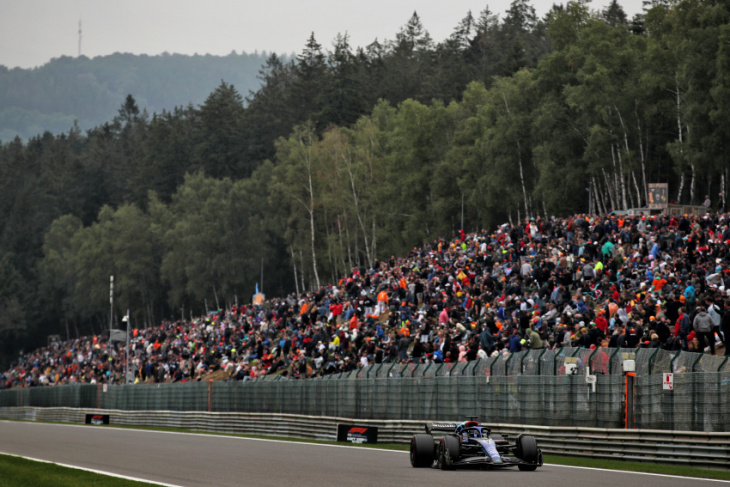 In Q3, Albon was ninth fastest ahead of Lando Norris, whose engine penalty leaves him 18th on the grid.

Albon prevented Daniel Ricciardo from back-to-back Q3 appearances by 0.092s but the McLaren driver will still start seventh because of penalties for four drivers ahead of him.

AlphaTauri’s Pierre Gasly was 12th in qualifying and will share the fourth row of the grid with Ricciardo. 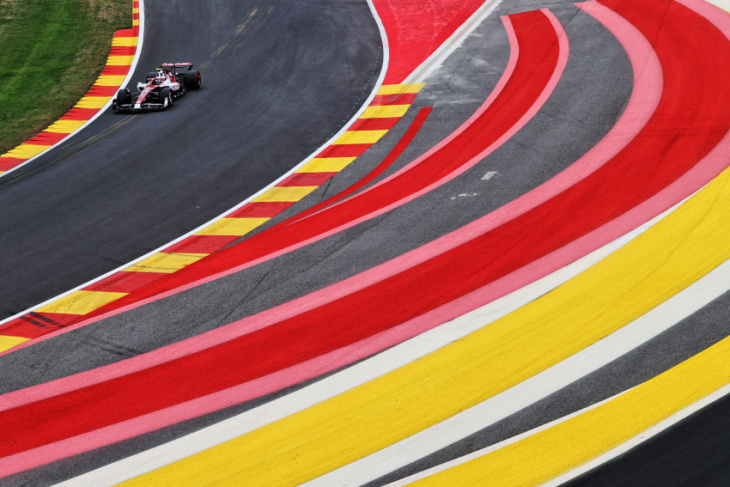 Penalty-stricken Zhou Guanyu and Mick Schumacher advanced to Q2 while their team-mates were knocked out in Q1. They’ll still share the back row of the grid because they were the slowest of the drivers with back-of-the-grid penalties.

His retiring four-time world champion Sebastian Vettel missed out on a place in Q2 by just 0.002s in 16th place ahead of the second Williams of Nicholas Latifi.

Kevin Magnussen and Yuki Tsunoda both had sloppy runs into the final chicane on their crunch laps and were eliminated from Q1 in 18th and 19th respectively.

For the first time since the 2015 Monaco Grand Prix, Valtteri Bottas was knocked out of Q1 as the Alfa Romeo driver elected to abandon his final flying lap.

That left him 20th and slowest but because his grid penalty isn’t a back-of-the-grid penalty, he’ll start the race in 14th place ahead of six fellow penalised drivers.