Skoda's seven-seat SUV is a former What Car? Award winner, but does it now make more sense as a used buy? We're finding out... 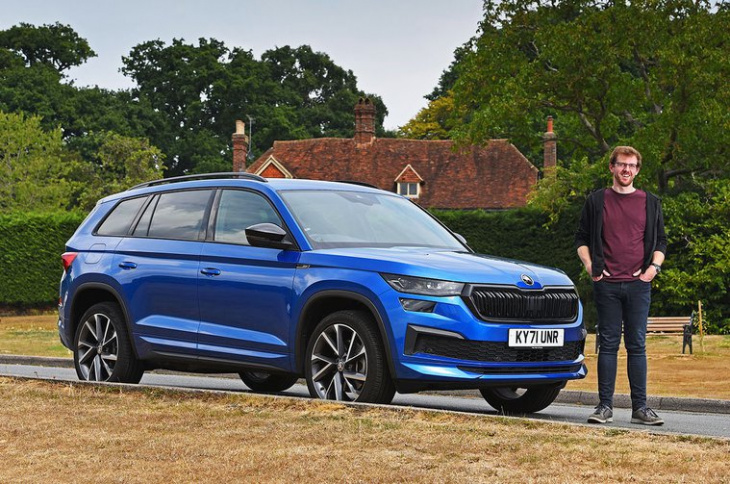 Needs to Prove that it can be a practical seven-seater with reasonable running costs, while providing more interest than a regular Kodiaq.

29 August 2022 – Imitation is the sincerest form of flattery

I was once mistaken for Daniel Radcliffe. Don’t laugh – it was a very long time ago, and I do have a scar on my forehead, just like the character said actor played.

Not seeing the similarity? Well, okay, but there is something else in the above picture that does a far better impersonation, and it’s my new (well, new-to-me), Race Blue, Skoda Kodiaq Sportline, which looks an awful lot like the flagship vRS model. 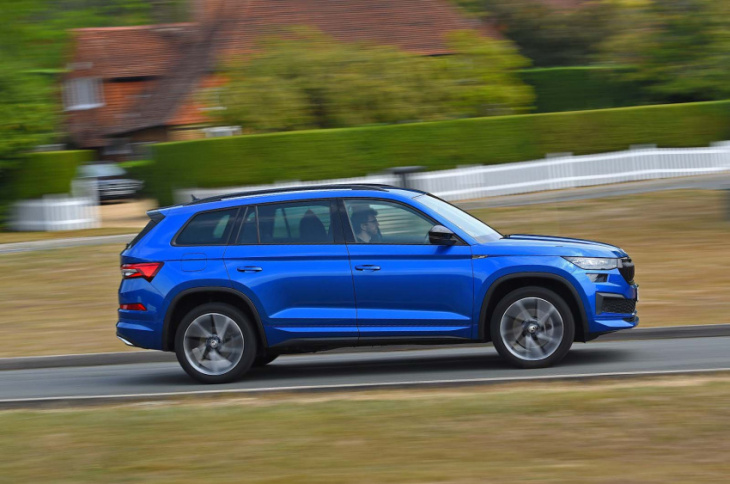 The claim to fame of the Skoda Kodiaq vRS is that it set the lap record for a seven-seater around the legendary Nurburgring race circuit, even with the – admittedly brawny – diesel engine the car was launched with. At the hands of the dearly missed racing driver Sabine Schmitz, it posted a time of 9min 29.8sec.

Unfortunately, that engine has since been replaced with a petrol alternative to please the anti-diesel lobby. While it technically makes the car faster, it doesn’t really add anything to the overall drive, except considerably higher fuel bills.

All of which got me thinking that opting for the cheaper, Sportline model probably makes more sense. And first impressions suggest I was right. Aside from the omission of a little vRS logo on the front grille and a slightly different wheel design, there’s very little to differentiate the two visually. And yet the vRS model cost around £4000 more when new. True, the saving with my used example, which already has 9000 miles under its belt, is more like £2500 compared with what you’d pay for a vRS of similar age and condition. However, don’t forget running costs should be lower, too.

Going used also meant that I skipped the waiting list that would have come with ordering a brand new car. Plus, it netted me some additional goodies – most importantly the upgraded Canton sound system (more on that in a later report), because this has now been removed from the options list due to the semiconductor chip shortage.

Other extras on my car include the Family Pack, which brings rear door blinds and car park-friendly door edge protectors, the fancy Virtual Cockpit digital instrument display, and a Virtual Pedal for hands-free opening of the electric tailgate. All in this would have been a £43,500 SUV when new, but with some miles on it that’s gone down to £34,944. As for the engine, it’s a 187bhp 2.0-litre petrol that’s combined with four-wheel drive and a seven-speed dual-clutch DSG automatic gearbox. Yes, it’s a not insubstantial 55bhp down on what the vRS delivers, so instead of 0-62mph in 6.6sec, it requires 7.7sec. But given that this is supposed to be a practical seven-seater, does this matter in the real world? I’d argue it will save me time not having to clean up diced carrots from the carpet, because I won’t be subjecting my passengers to such aggressive acceleration.

You get sports suspension with the Kodiaq Sportline to make it sharper to drive than lesser models, although everything is fixed here, whereas the vRS has adaptive suspension as standard. That system allows you to slacken things off a bit at the expense of some float at high speed, helping to absorb the impacts from potholes.

I’m sure I’ll find some passengers who’ll bemoan the lack of such a feature, but I personally like the tight body control of my Kodiaq Sportline, even if it comes at the expense of a little low-speed suppleness. 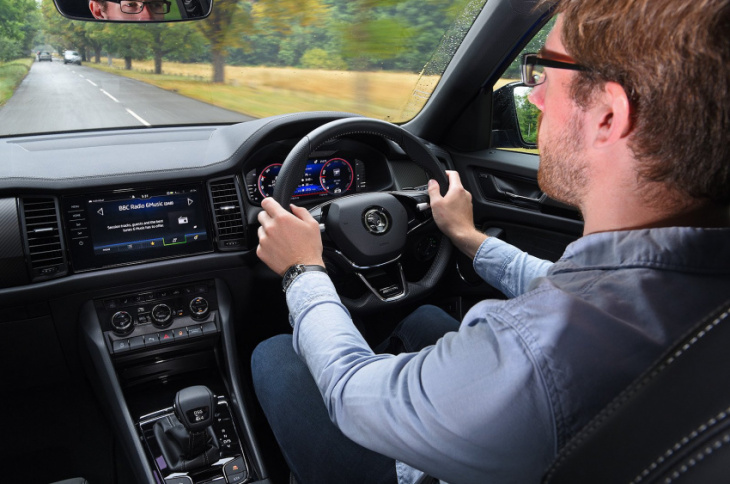 What could be more of an issue is fuel economy, which is still only in the low 30s – both officially and, so far, in the real world.

However, despite this, I’m currently feeling like I’ve got myself a bit of a bargain. Only time will tell if I continue to think it’s a genuine star, or if it’s another case of mistaken identity.