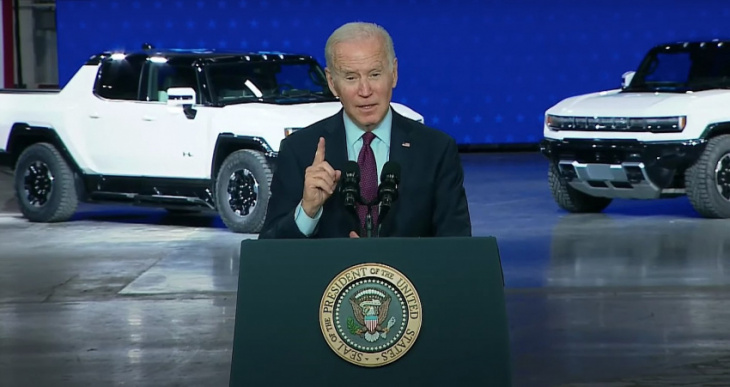 The Biden Administration may be meeting with European leaders to address concerns regarding EV incentives in the U.S., says a leaked report.

According to a leaked report to Reuters, leaders from the United States and Europe may be meeting in the near future to come to an understanding regarding electric vehicle incentives in the U.S.. Worldwide leaders have been calling on President Biden to consider changes or exemptions. But with this possible meeting, changes to the Inflation Reduction Act’s EV incentives or perhaps new agreements with other countries may lead to a cooperative solution.

Reuters‘ report states that the EV incentives issue has been placed on the “agenda of the EU-U.S. Trade and Technology Council meeting on Dec. 5.”

The EV incentives issue concerns the requirements manufacturers must adhere to if they want their vehicles to qualify. Foremost, the vehicle must be assembled in North America. Further, a percentage of the materials found within the vehicle’s battery must be sourced from the U.S., and that percentage will only increase over the coming years.

Protest to the EV incentives began months ago; the South Korean government and South Korea’s sole auto group, Hyundai/Kia, approached the Biden administration asking for an extension until the automaker could establish its first EV manufacturing facility in the U.S. in 2025. Similarly, other countries have asked for extensions or even complete exemptions but have been met with silence.

In the U.S. legislature, a bill has been proposed to amend the Inflation Reduction Act’s EV incentives, removing the domestic assembly requirement and extending the timeline for manufacturers to place more U.S.-sourced materials in their batteries. However, the bill has been stuck in the Senate for over a month and may not receive attention until next year when the next congressional class assembles.

At the same time, there is no doubt that the incentive structure has worked to the advantage of the U.S. More and more automakers and battery manufacturers are establishing facilities in the country to qualify for the incentives. Often stealing attention away from areas in Asia and Europe. These new facilities are not only bringing jobs but sizable investments into local economies as well.

Eyes will be on the possible meeting between leaders, as changes could so quickly affect American electric vehicle choices not only now but in years to come. Yet, it is unclear what President Biden can achieve via executive action alone. Still, there is no doubt significant pressure to either ditch the assembly requirement or to stand firm against foreign opposition.