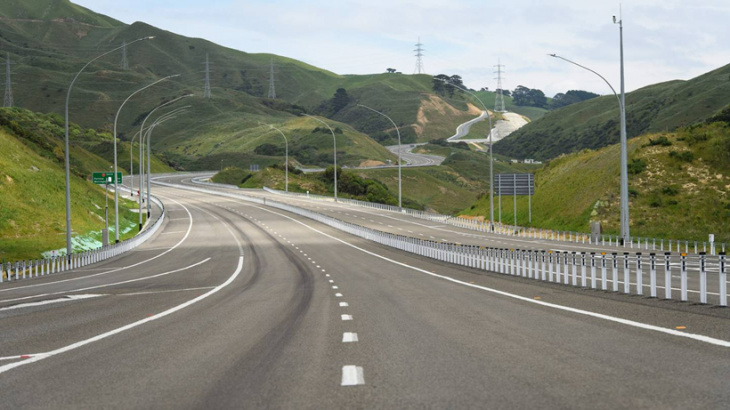 The $1.25 billion Transmission Gully motorway out of Wellington had to be hosed down to keep it cool before the weather changed and contractors found themselves fixing potholes caused by heavy rain.

Water carts were spotted on Transmission Gully earlier this month when the region was basking in balmy Spring conditions. 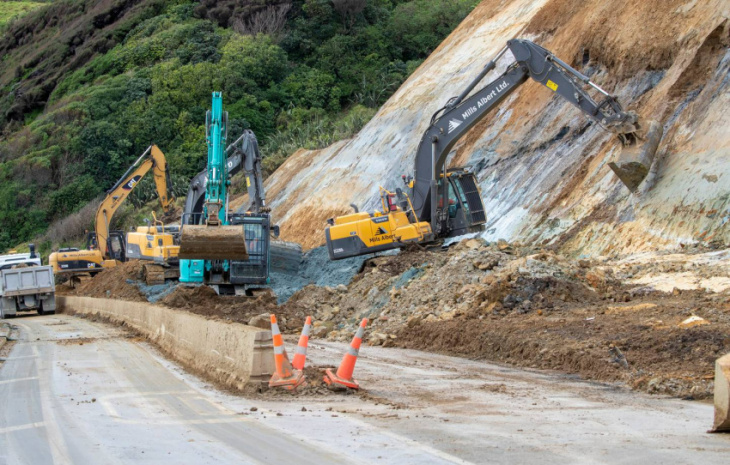 They were being used to stop “flushing”, a phenomenon caused by bitumen seeping up through the layer of chipseal on top of it. It can mean the road becomes sticky and car tyres end up pulling the bitumen further into the chipseal.

But in recent days routine monitoring detected a problem of a different sort- about 14 potholes.

A spokesperson for the road’s builder CPBHEB JV said they were caused by heavy rain over the weekend.

“These were immediately repaired with temporary patches on Saturday and Sunday and will be monitored until more enduring repairs are made this coming Sunday night, weather depending,” the spokesperson said.

“Plans are already in place for five nights of work from Sunday this week to undertake pre-emptive repairs to six short sections of the Transmission Gully motorway where monitoring had identified pavement performance that wasn’t to standard.”

Metservice meteorologist Lewis Ferris said between midday on Thursday and 10am on Monday 60-100mm of rain was recorded at those weather stations closest to the road.

He said 9-14mm of rain fell over some hours and anything above 6mm an hour is classified as heavy.

It’s not the first time parts of Transmission Gully have had to close for repairs. Earlier this year “spot repairs” were undertaken after one motorist encountered a pothole that he said “could have ripped the tyre clean off” his car.

The road only opened at the end of March and was designed to be more resilient than the old State Highway 1, which is a coastal road.

Now known as State Highway 59, the fragility of the coastal road was exposed when a huge slip toppled down on it in August.

The slip would have crippled the capital had it happened at the start of this year, before Transmission Gully provided an alternative route for traffic, reducing the traffic movements for the road by nearly 20,000 per day.

A section of State Highway 59 at Pukerua Bay was closed for about a month for slip-clearing and stabilisation work.

Regional manager Mark Owen said the work included drilling drains, installing mesh and soil anchors in some areas, and spraying a concrete surface over others.

“We know regular users of the road and local residents have noticed the effect the weather has had on the earlier repairs. It was always our intention to do more work at this site. Keeping this vital transport link maintained and resilient is a priority.”

Owen said motorists will be most affected when the main works begin on December 6.

“Only one lane will be open, and traffic lights will control vehicle access. It means there will be delays on this part of State Highway 59. We recommend drivers detour via State Highway 1, Transmission Gully, while this project is under way.”