Not everyone wants or needs a car while living in the city, but sometimes it is necessary. Insuring a car in the city can be expensive, too, so Consumer Reports suggests a slightly used car to save money. These are the best used cars for city driving for under $25,000, so those inevitable door dings sting a little less. 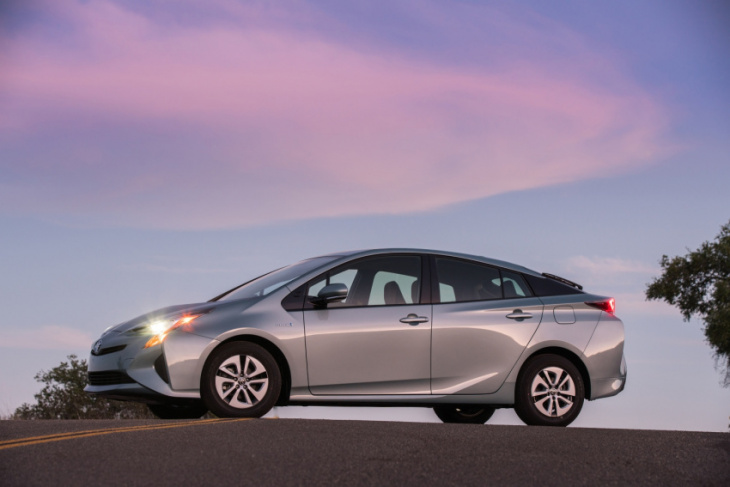 Starting the list by Consumer Reports is the 2017 Toyota Prius. Everyone knows the Toyota Prius gets excellent fuel economy, which means less filling up in the city. Its length is 180 inches, and the 2017 Prius has a turning radius of 35 feet. That makes it easier to maneuver and park in tight spaces. All 2017 models also received Toyota Safety Sense-P or TSS-P. That includes forward collision warning (FCW), automatic emergency braking (AEB), and lane departure warning (LDW). Toyota reliability is never an issue, especially regarding this used Prius sedan.

The 2015 Honda Civic is always a reliable choice. With a 37-foot turning radius and a length of 177 inches, the Civic sedan fits right in. Owners report getting 30 mpg, which is good enough. Buyers can also track down the hybrid version that gets more like 40 mpg. The LX version has a backup camera, but AEB was only optional. Consumer Reports gave it high marks for reliability and on the road test.

This Black Cherry special edition 2017 #Toyota Corolla celebrates the model's 50 years with a flair all of its own! pic.twitter.com/ZxrKxyE5Ce

Consumer Reports says the 2017 Toyota Corolla is “one of the best used-car values on the market.” It comes recommended by the experts and also gets the green choice accolade. Not to mention high marks for reliability, all of which mean it is one of the best used cars for city driving. With 31 mpg overall and a turning radius of 37 feet, the 2017 Corolla fits in the city. This Toyota only runs 183 inches long, too. Toyota included FCW, AEB, LDW, and lane-keeping assistance with TSS-P.

Owners and critics agree that the 2018 Mazda 3 is fun to drive, even in the city. At only 180 inches long, combined with the 37-foot turning circle, the Mazda 3 can fit in tight parking spots. Buyers can opt for the four-door sedan or the five-door hatchback version, which is even shorter. This Mazda comes with a backup camera and BSW on higher trim levels. FCW and AEB are standard on the 2018 version. Mazda’s 2018 sedan received high scores for reliability, making it one of the best used cars for city driving and road trips.

2016 Subaru Impreza for those who want AWD in a sedan #review https://t.co/QhuS2vFRhw pic.twitter.com/1lj0g7v3bm

Owners report getting 28 mpg overall from the 2016 Subaru Impreza, which is good for an all-wheel drive sedan. The Subaru Impreza comes in at 180 inches long and can whip a U-turn in 38 feet. If you want a hatchback, check out the Impreza Sport. This version is shorter and more practical, thanks to the easy access hatch. If you can find the Impreza Limited, the optional EyeSight system includes AEB. The Impreza has OK scores for reliability, but it’s still one of the best used cars for city driving under $25,000.

You can always opt for a larger car or SUV if you live in the city, but it makes parking harder. Depending on your parking situation, sticking with one of these used compact cars might be a good idea.

Keyword: The Best Used Cars for City Driving under $25,000