Daniel Ricciardo has suggested he will not decide his post-McLaren Formula 1 future until after this triple-header is complete because he does not want to be rushed or “emotional”.

Ricciardo is leaving McLaren one year early after agreeing a deal with the team to walk away before the end of his contract, which was due to run until the end of 2023.

The terms of the deal have been kept private but involves a substantial pay-off and Ricciardo is allowed to find an F1 seat at another team.

He has declared a strong design to stay in F1, and said he would take a year out if there was not an appealing prospect – with his 2023 options looking like Alpine, Haas and Williams.

“If it’s anything it’s F1,” Ricciardo reiterated over the Belgian Grand Prix weekend. 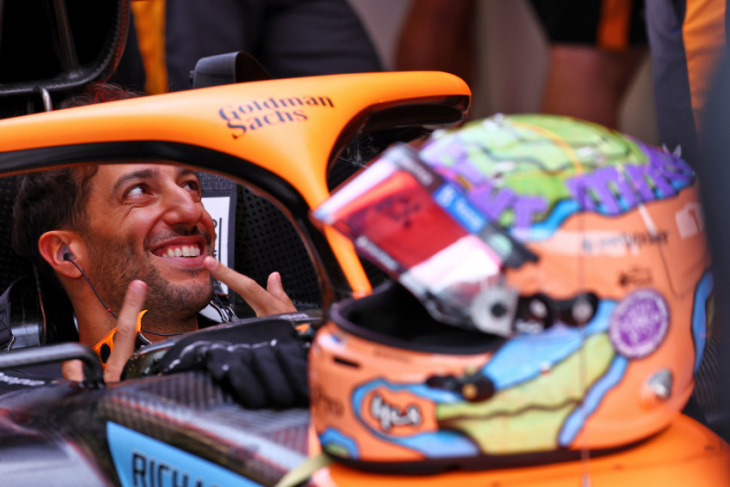 “That’s the only place I see myself racing in the near future. So that’s something I’m sure of at least what I want.

“But I want to see. This weekend’s been a bit of a wave and we’re into a triple-header so I feel like the next three weeks are going to be relentless. Not necessarily on this topic, but just as a schedule.

“So, I want to get these three under my belt and then see how I feel.

“I’m not interested in making any quick decisions or certainly nothing emotional.

“We’ll see how it goes but certainly the objective, if I’m behind a race wheel, is a Formula 1 car for sure.”

Ricciardo said coming into the Spa weekend that after all he’s been through with his 18-month struggle at McLaren, and speculation for several months about his future, “there’s kind of a bit of a weight off the shoulders” to at least have his early exit confirmed.

He expressed a desire to “go have fun” and said he always feels like he has a point to prove. 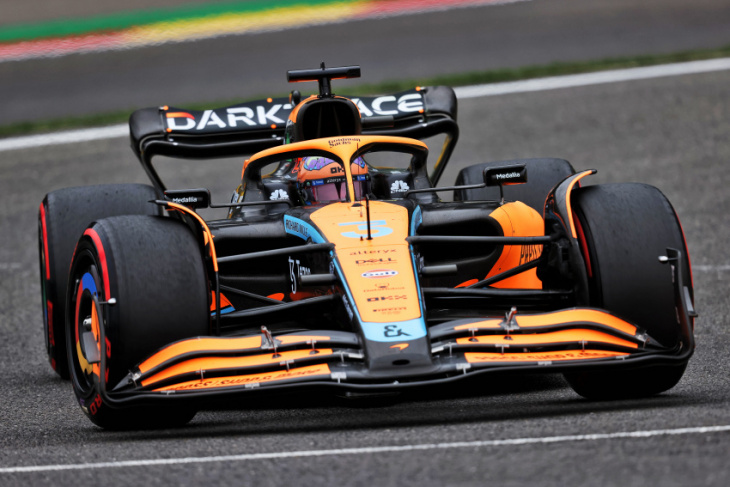 That has not translated into improved form in qualifying as Ricciardo failed to progress into Q3, unlike team-mate Lando Norris – who made the top-10 shootout despite sacrificing his final run to give Ricciardo a tow.

Ricciardo felt there were some unidentified “things out of our control” plus a small bit of hesitancy from himself on his crucial Q2 run that meant he fell short of progressing, although he will at least start seventh due to various grid penalties for other drivers.

He also indicated he was at least enjoying the experience of driving after an intense build-up where the focus was on the negative subject of his departure and the below-expectation McLaren stint.

“I feel like when you put the helmet on, and you drive at 300km/h-something, it’s hard to think about other stuff,” said Ricciardo.

“There’s always an element that’s where I fell in love with motor racing or driving fast was that sense of freedom, you’re literally untouchable in those moments in the car.

“I’ve always enjoyed that element of it.

“There was always going to be a lot of noise this weekend. So the build-up to the weekend, of course, has not been a holiday.

“But I think in the car, I’ve driven with a smile and a sense of freedom.

“That’s been cool but I also think that’s inevitable.”