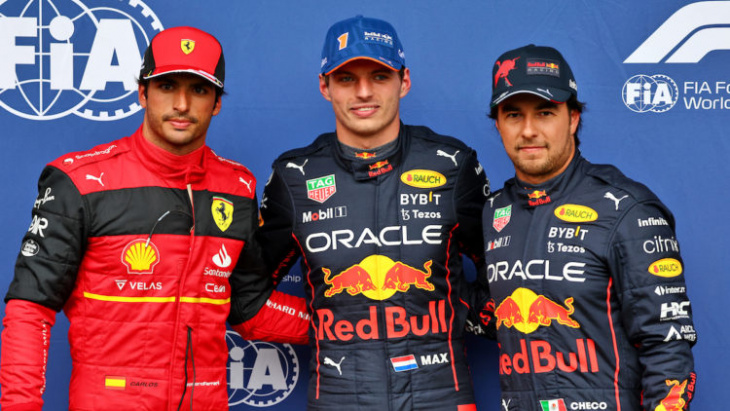 Qualifying for the Belgian Grand Prix on Saturday afternoon was an unusual affair, because the grid for Sunday’s race doesn’t reflect the outcome of qualifying whatsoever, in fact, no single driver will line-up in the position they qualified!

A raft of engine penalties means the grid will be shuffled around, with some of the quickest cars starting from the back and those you might not expect, such as Williams’ Alexander Albon – who made his first Q3 appearance of the season – starting near the front.

Max Verstappen took pole position, but finds himself down in 15th place, which promotes Ferrari’s Carlos Sainz to the front grid slot. Behind Verstappen is title rival Charles Leclerc. 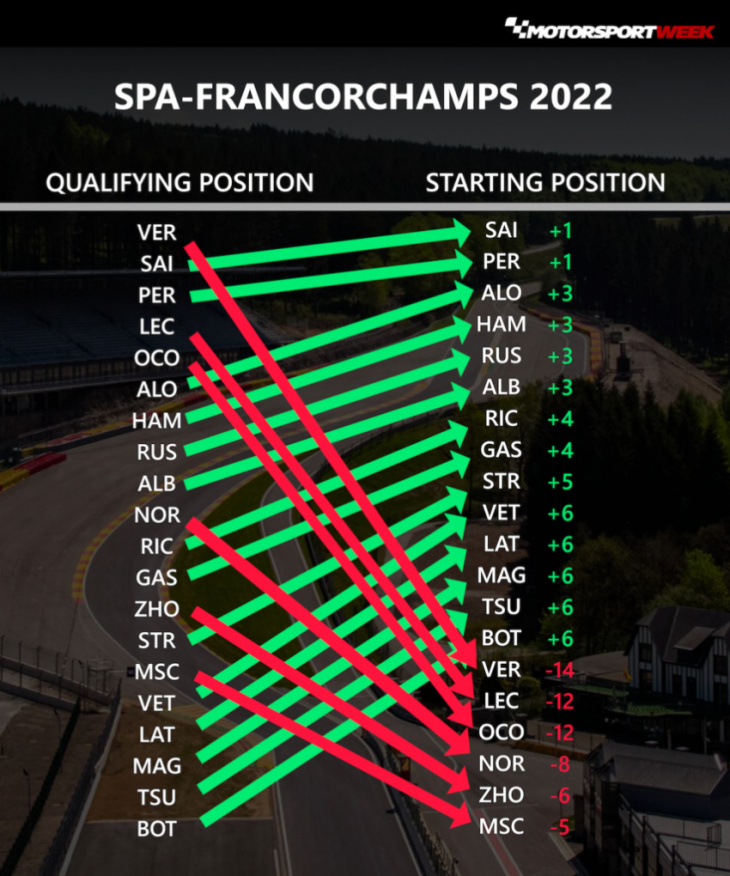 Keyword: Penalties galore: How the drivers will line-up for the Belgian GP