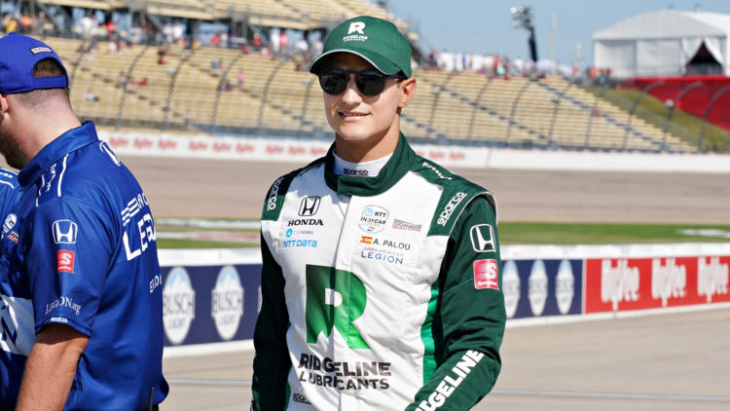 Palou has had a cloud of uncertainty hanging over him for much of this season. Photo: Kevin Dejewski

Alex Palou’s long-running contract dispute has been resolved, with the 2021 champion set to remain in the #10 entry with Chip Ganassi Racing next season.

The 25-year-old driver has been embroiled in a legal battle for months with his team, after conflicting announcements were made that had him driving for two different teams.

Palou himself disputed Ganassi’s original announcement on a contract extension, and endorsed the competing release that he had signed with McLaren for next season.

Palou then sued his team over the ordeal, but it appears now that the two sides have settled outside of court.  The driver took to social media to make the announcement on Wednesday morning.

“I’m excited to announce that Chip Ganassi Racing and I have come to an agreement and I’ll be back in the No. 10 car next season! Looking forward to a BIG 2023!

“I’m also grateful that Chip Ganassi Racing will allow me to pursue F1 testing with McLaren outside of my INDYCAR commitments.

“Thank you Chip [Ganassi] Mike [Hull] and the entire team for your willingness to work together and help support both the team and my personal goals throughout this process.”

It was reported that Ganassi was seeking a large buyout from McLaren in order to take him out of his contract, which was not part of the original arrangement.

Part of the newly-agreed deal is that Palou will still be allowed to be part of McLaren’s testing program, and that test is already underway in a 2021 MCL35M.

The resolution puts to bed one of the larger unknowns heading into the 2023 season, and frees up the opportunity for some other unresolved seats to be confirmed.