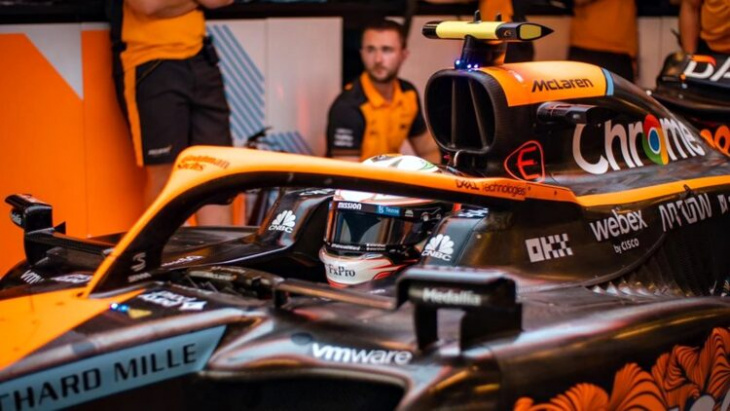 The talented Mexican driver was first behind the wheel of an F1 car at the end of the 2021 season, and his latest outing has rekindled the excitement he first felt a year before.

The high-profile nature of the F1 paddock suits O’Ward’s style and has been known to light up his eyes nearly as much as the prospect of driving the most advanced cars on the planet.

Talking after his latest stint behind the wheel, the 23-year-old described that the window of opportunity to race in F1 is very narrow, and that he would be willing to take any opportunity he got to join the world-travelling series, making his way back to IndyCar at a later date.

“I feel like I can always come back to IndyCar and the window of getting to Formula 1 is quite a bit narrower,” said O’Ward. “I’m already in IndyCar now and I feel like I’ve established myself as one of the title contenders every single year.

“I love IndyCar racing, it’s some of the best racing in the world, if not the best in terms of how competitive it is.

“But I grew up watching Formula 1 and I grew up with the F1 dream as many other drivers around the world, and that’s what kind of opened my love to so many other categories.  So I’m still very keen to make the switch to Formula 1.

For the time being O’Ward has not been able to find an opening into F1, as McLaren decided to fill Daniel Ricciardo’s open seat with Oscar Piastri for next season.  He will instead utilize his long-term contract with McLaren to continue his successful career in IndyCar while he continues to lobby for his chance to join F1.

He is well aware, however, that his chance may never come, and there are many factors that ultimately decide who gets to sit in the most coveted seats in motorsports. O’Ward has become one of IndyCar’s most popular drivers since joining McLaren in 2020. Photo: Kevin Dejewski

“What’s next for me is hopefully winning more races and challenging for the championship in IndyCar as well as the Indy 500, and then will the opportunity open up?  Of course if it does I’m going to be the first one to take it.”