Electric powertrains in EV pickup trucks take up less space than the powertrains in gas-powered ones. With this additional space, electric trucks can be configured in unique ways, especially for cargo areas. No other truck exemplifies this more than the Rivian R1T. The R1T is the only pickup truck that has a gear tunnel — and it’s large enough to fit a human.

What is the gear tunnel in the Rivian R1T? 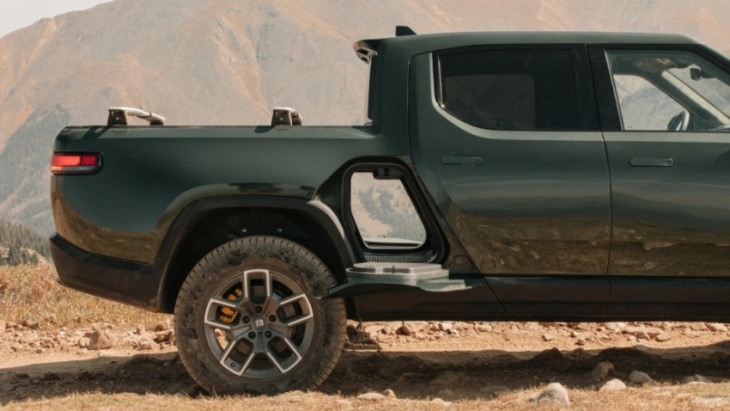 Additionally, the gear tunnel can also be accessed from inside the cab via a small rear-seat pass-through. However, this pass-though is only large enough for your arm to slide through it.

The gear tunnel has a cargo capacity of 11 cu-ft. Rivian designed the gear tunnel to store items that might not fit in other places — or just an additional storage space to complement the other cargo areas, including the truck bed and the frunk (front storage area).

What items can you store in the Rivian R1T’s gear tunnel?

As mentioned earlier, the gear tunnel in the Rivian R1T is large enough to fit a human. You can find amusing videos on YouTube of people crawling into the gear tunnel and scampering out the other end. For obvious safety reasons, though, we recommend that you don’t ride in the gear tunnel.

However, there are a wide variety of items that you can store in the R1T’s gear tunnel. As detailed by MotorTrend, this includes skis, snowboards, golf bags, fishing poles, umbrellas, and collapsed strollers. Also, during its Trans-America Trail (TAT) road trip with the R1T, the MotorTrend crew “fit a couple of carry-on sized suitcases, a couple of duffle bags, a backpack, and a briefcase in the tunnel all at the same time.”

Outfit the R1T’s gear tunnel with the camp kitchen 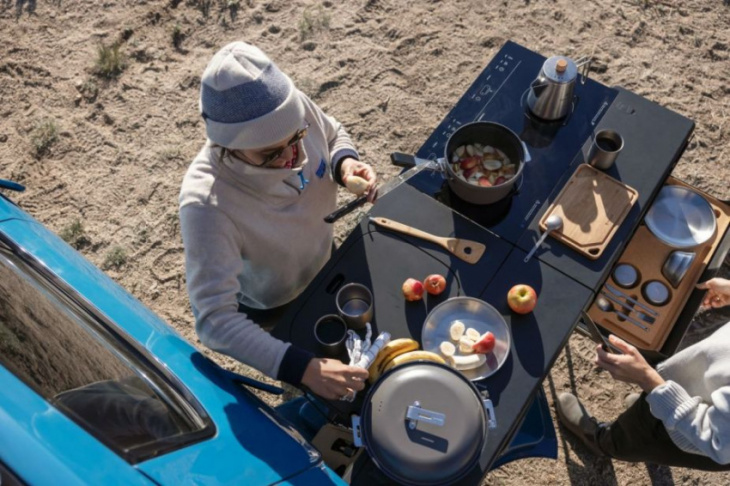 Features of the camp kitchen include a two-burner induction cooktop, a collapsible sink with a spray faucet, a four-gallon water tank, plates, utensils, insulated mugs, drawers, a towel bar, and a bag holder for waste and recyclables.

Additionally, the R1T offers a gear tunnel “shuttle.” The shuttle is essentially a tray/table that slides out of the passenger side opening of the gear tunnel. Also, the camp kitchen can act as a shuttle by removing its “kitchen” elements.

Keyword: Only 1 Pickup Truck Has a Gear Tunnel — and It Can Fit a Human