The AllSeason 4, CrossClimate, and X-Ice tires face the 4S in snow, wet, and dry conditions. 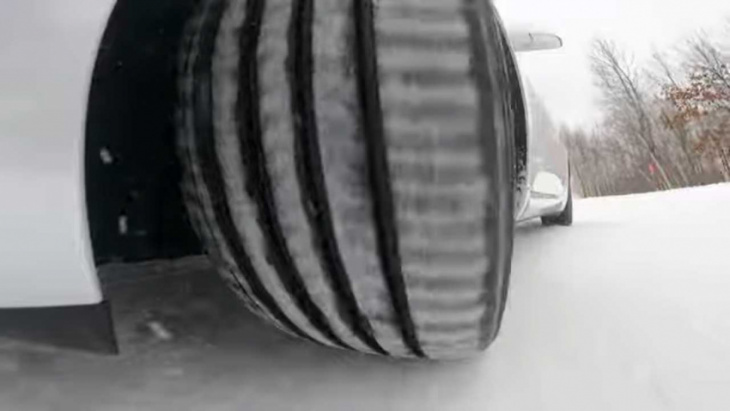 By now, you should know that dedicated winter tires are better in snow than summer tires. You should also know that winter tires generally outperform all-season tires in the snow. With winter coming early to many parts of the world this year, having traction on snowy roads is certainly important. But how are those snow tires on wet and dry roads?

We turn to tire testing pro Jonathan Benson for some insight on that. This time around, we get a direct comparison of Michelin tires in all conditions. The popular Pilot Sport 4S is the dedicated ultra-high-performance tire in the group, joined by the AllSeason 4 high-performance and CrossClimate all-season tires, and the X-Ice dedicated snow tire. A Tesla serves as the test vehicle in multiple locations, offering a proper apples-to-apples comparison in every climate a driver will face.

It should come as no surprise that the summer-only Pilot Sport 4S is best in the dry and worst in the snow. Conversely, the X-Ice is worst in the dry and best in the snow. The all-season tires hold the middle ground, but the raw data doesn’t really tell the story. In the snow test, Benson was impressed with both the AllSeason 4 and the CrossClimate, noting the AllSeason 4 still has a wide range of grip in all situations, albeit not as much as the CrossClimate. In terms of lap times, The X-Ice is over twice as fast compared to the 4S, but only a few seconds faster than the CrossClimate all season.

That’s noteworthy because the CrossClimate also performs admirably on wet and dry roads. It’s not as precise a tire as the AllSeason 4, but in terms of lap times, it’s only slightly slower in both wet and dry conditions. The AllSeason 4 actually beats the 4S in wet braking, but there’s no denying the Pilot Sport’s supremacy for grip and control in all other metrics.

Curiously, even though the snow tires deliver the slowest lap times, Benson says they are extremely fun for tossing a car around a dry track. The X-Ice delivers a very progressive, controllable experience for getting sideways, though one generally doesn’t win a race by drifting each corner.

It’s an interesting look at tires for drivers in areas where snow isn’t common, or those who only want a single set for all situations. Benson offers considerably more insight into this test in the video, and on his website at tire-reviews.com.