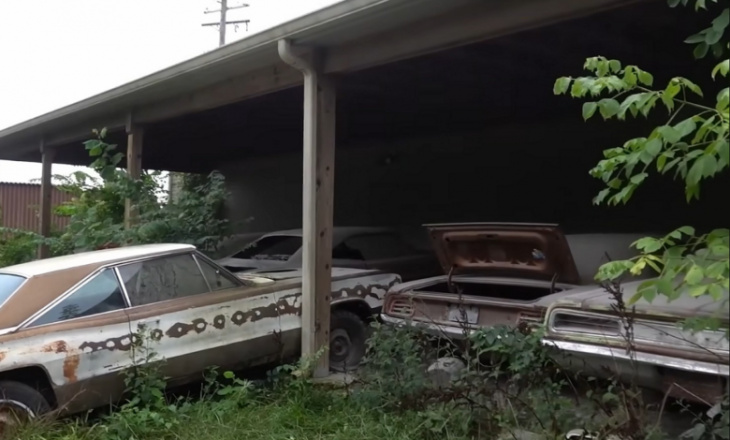 Seeing lots of classic cars from the same carmaker in one place isn’t exactly unusual. It happens quite often if you tend to visit car shows or junkyards. But a big hoard of Mopars that includes a long list of rare HEMI vehicles is far from common. And you’re about to see one.

Documented by YouTube’s “Hauntworld – Haunted Houses and Attractions,” this collection is located somewhere in Missouri. The host says it’s “in the middle of nowhere” as he’s driving there but then reveals that it’s actually about an hour away from St. Louis. 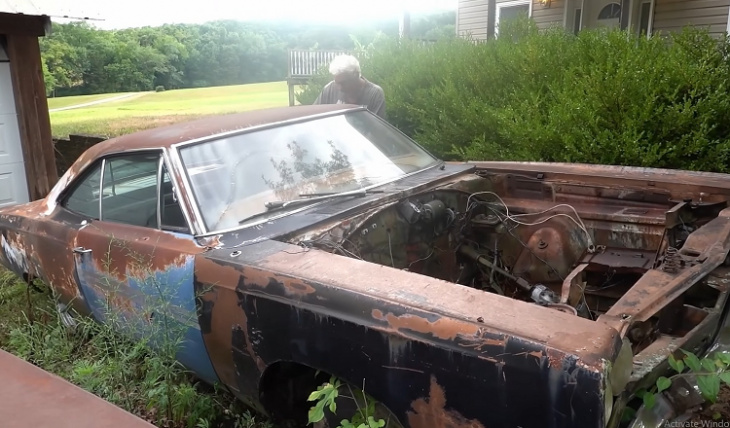 But the precise location of this Mopar stash is not all that important. What’s important here is that the owner has kept it somewhat hidden from curious eyes for decades. Because according to our host, the owner has never given anyone a tour up until now. And boy did we miss a fabulous collection.

Now I know this isn’t the first Mopar hoard out there. We’ve seen a few in the past and I’m pretty sure there are hundreds of Dodge and Plymouth collections across the U.S.

But this one’s a bit special. Not because it includes more than 100 cars, but because most of them are from the golden muscle car era. 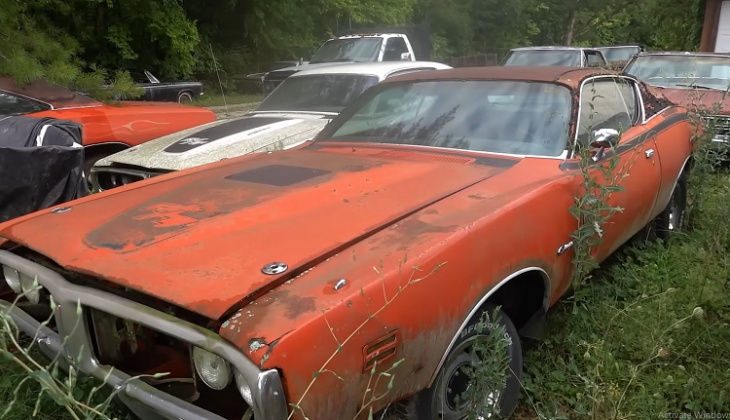 Yes, this collection isn’t made up of finely-restored classics that are ready to snatch prizes at Concours events around the U.S. This stash is more like a junkyard, with most of these cars waiting to be restored or dismantled for parts.

But that’s only because most of them were actually saved from junkyards and barns, some rescued as they were scheduled to be scrapped.

Sure, with more than 100 cars on his hands, the owner will never get to restore all of them. But hopefully, the rare and more valuable ones will get the attention they deserve sooner than later. This brings me to the HEMI-powered Mopars that are waiting for a second chance on this property.

The first HEMI that shows up on video is actually the rarest of the bunch. And I’m talking about an impossible-to-find Mopar because it’s a 1968 Dodge Coronet HEMI Convertible. 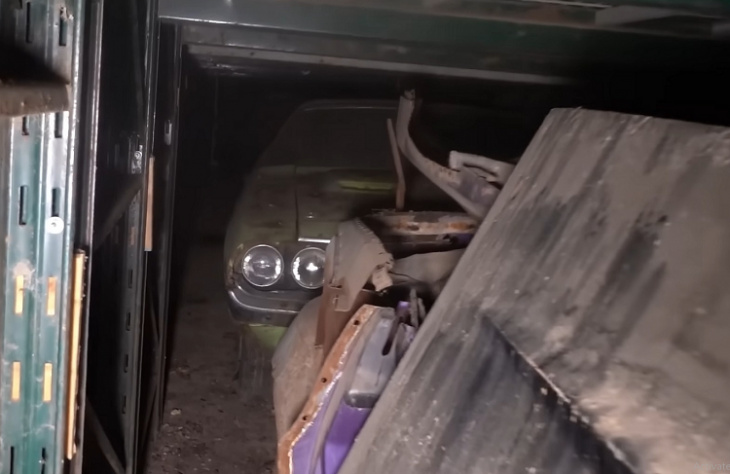 Do you know how many were built? Only nine! And that makes it rarer than the super-expensive 1970 Plymouth ‘Cuda HEMI Convertible, a million-dollar classic.

Sadly, it’s in pretty bad shape and will need a serious overhaul to become more than a parts car. But it will probably be restored because this one-of-nine gem will probably fetch more than $500,000 once restored.

The guy owns a second Coronet HEMI, but it’s not a rare drop-top, but a hardtop that was used as a dragster in the past. Not a lot of info on it, but still a cool rig. The collection also includes a pair of 1970 HEMI ‘Cudas (one is just a carcass, sadly) and no fewer than three Road Runners that left the factory with the mighty 426. 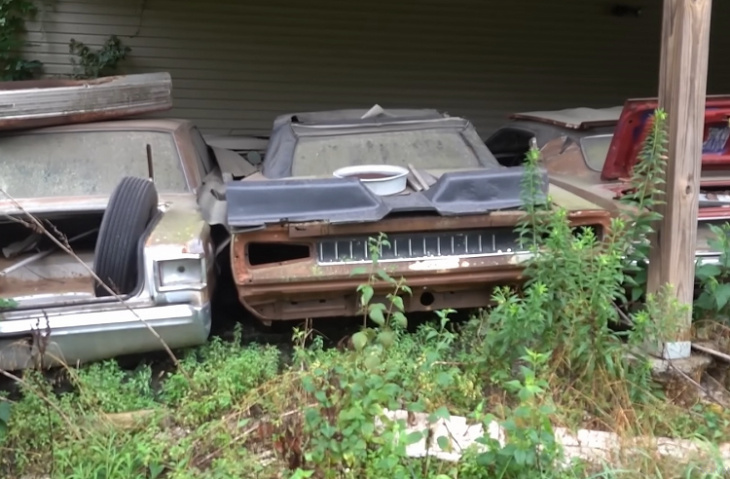 There’s also a 1967 Plymouth HEMI GTX and a 1970 Dodge Challenger R/T HEMI. On top of that, the guy has at least seven original 426 HEMI mills stored away in his huge shop, which includes several rooms with countless shelves of Mopar parts.

But it’s not just about HEMIs. I also spotted a cool 1970 ‘Cuda in Panther Pink and one in Plum Crazy, as well as a 1970 Dodge Challenger with a sunroof.

The latter is one of the rarest Mopar options out there. And there’s also a Plymouth Road Runner A12 parked outside. It’s been in a fire, but it has solid floors and numbers-matching everything.

While it may seem huge as it is, the collection extends well beyond the yard and the building you see in the footage below. Apparently, the guy has at least 100 more cars in a field nearby, but we won’t get to see them this time around. 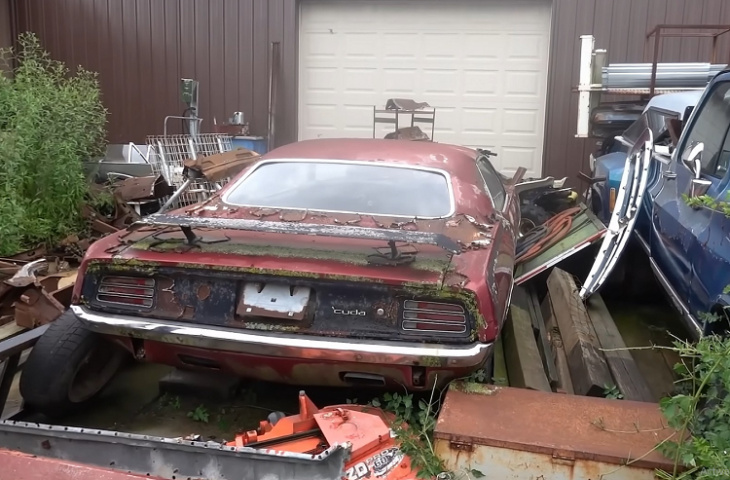 All told, while it might not be the largest and fanciest Mopar collection out there, it’s definitely worth a look if you’re into Dodges and Plymouths from the golden muscle car.

Stashed for 30 to 40 years, many of these cars aren’t going anywhere anytime soon, but the owner might be willing to let a few of them go. If you’d like to save a Mopar or get one for parts, go ahead and get in touch with the guy who shot the video by leaving him a comment on YouTube. And brace yourselves for more than 60 minutes of Mopar goodness.