Lundgaard seals IndyCar Rookie of the Year with strong finish 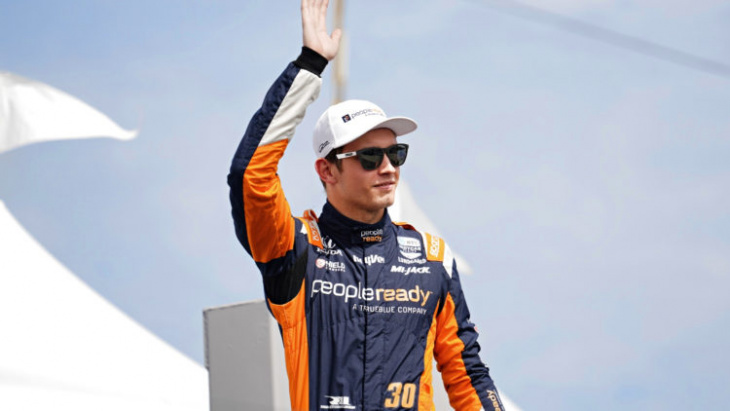 Christian Lundgaard is IndyCar’s 2022 Rookie of the Year by virtue of placing the highest of the first-year drivers in the overall points standings.

Lundgaard had an impressive season all around, but a few particularly good results in the second half of the season allowed him to prove that he deserved the award.

A podium finish at the IMS road course in July was the first of his young career, and a fifth place result in the season finale came after he climbed over 10 positions through the field.

His efforts have already resulted in a contract extension with Rahal Letterman Lanigan Racing, and he plans to make a career out of his stateside move.

The stoic young driver stated multiple times that he was not focusing on winning the Rookie of the Year title, but admitted after the final race of the season that it was a big achievement.

Palou happy to end drama-filled year with a win

“I must say, in the beginning of the season, it did feel like I could have done something more to help the team perform better earlier in the season,” said Lundgaard.  “But at the same time, it was across all three cars.

“When I look back now, I wish there was more I could have done and something I could have done different to help us be better prepared.  But we bounced back in the second half of the season, and I think that’s worthy to remember.

“I’m just happy that the team gave me the opportunity to be here and achieve this.  I’m grateful for Bobby [Rahal].  Thank you for giving me this opportunity and keeping me.  I’m happy about that.

“Now I’ve got another championship to win.  But you only get one shot at the rookie championship, so getting it was a big achievement for me.”

It took until the final race of the season to clinch the title, as Lundgaard had a closely-fought battle with David Malukas for the honors.

The two were only five points apart from one another heading into Laguna Seca, but the Danish driver’s top five result sealed his victory.

Lundgaard has stated that his next goal is to regularly out-perform his veteran team-mate Graham Rahal, and that prospect seems entirely plausible based on the skills he showed this past season.