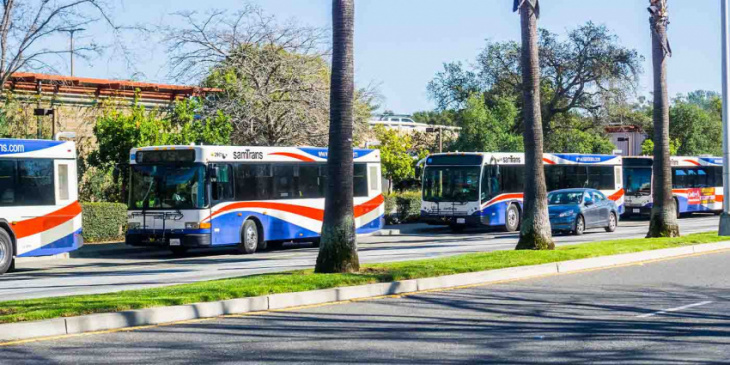 EV conversion specialists Lightning eMotors has announced its second-generation repower program that enables large transit combustion buses that previously ran on diesel or compressed natural gas (CNG) to be converted to all-electric buses. Better yet, Lightning is helping fleet customers of these electrified conversions maximize the same federal and state funding they would receive if they were purchasing brand new electric buses.

Lightning eMotors ($ZEV) designs, engineers, customizes, and manufactures a variety of EVs to support a wide array of needs for its fleet customers. The company began in specialized electric conversions of existing platforms developed by other OEMs like Ford and Chevrolet, including a specialty vehicle manufacturer (SVM) contract with GM.

Earlier this year however, the company began offering customers purpose-built EVs on its own proprietary platform. In addition to building EVs, Lightning eMotors dabbles in other EV technologies like integrating autonomous capabilities, as well as charging infrastructure under its Lightning Mobile arm.

In terms of electric conversions of transit buses, Lightning eMotors deployed its first generation model in Boulder, Colorado, back in 2018. The bus is still in operation today and has helped provide a proof of concept to fleet customers. Meanwhile, Lightning has grown and established certified repower programs for motor coaches, school buses, and recreational vehicles with major commercial vehicle manufacturers like Blue Bird, Forest River, and ABC Companies.

The EV automaker shared details of the second-generation conversion program in a press release today, outlining several of the perks available to fleets that make the switch. Lightning eMotors states that by converting existing transit buses from diesel or CNG internal combustion to battery-electric powertrains, its customers can electrify their fleets at less than half the cost, and with one-third the lead time, compared to purchasing brand new electric buses.

Furthermore, the company states that customers who choose its converted transit buses will qualify for the same federal and state funding as those who purchase new electric buses, which includes the Federal Transit Administration’s Low and No Emission Vehicle Program. The company says it will even advise customers on how to maximize the government incentives currently available to them.

The newly converted electric buses will utilize a battery system up to 560 kWh, which in turn can deliver over 200 miles of range per charge. Those fleet customers who choose the second-generation conversion program also gain access to Lightning’s full suite of products and services, including Lightning Insights fleet telematics software, stationary chargers from Lightning Energy, and Lightning Mobile portable chargers.

Lightning’s transit bus repower program provides transit agencies a significantly more affordable and faster way to electrify their bus fleets and ensure clean and quiet operation for passengers and pedestrians alike. With increasing pressure to reduce carbon emissions and offer clean transportation solutions, we are confident fleet operators will see the sustainability benefits of converting existing diesel-powered vehicles to electric power rather than letting them end up in a landfill.

Lightning eMotors says it will convert the buses at its Loveland, Colorado, facility or at one of its authorized partners across the United States. For large fleets looking to convert a large quantity of buses toward all-electric, Lightning says it can train the fleet maintenance teams to install the company’s electrification kit on their own.

The first fully-converted electric buses under this second-generation program are expected to roll out in 2023.