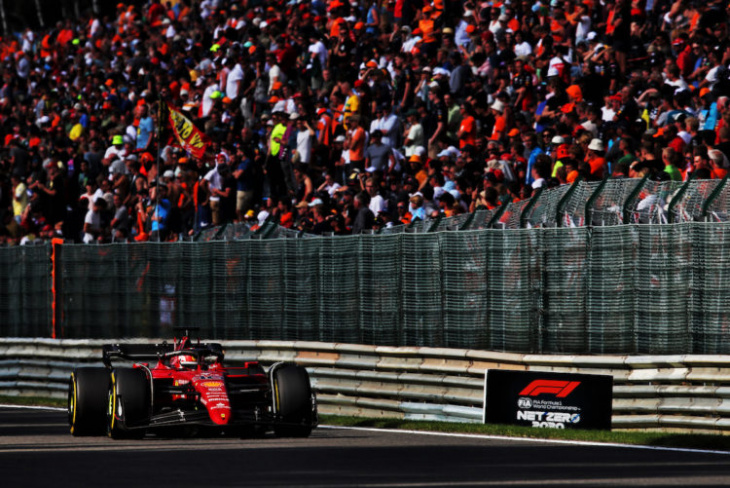 Verstappen started the race from 14th on the grid, but quickly carved his way through the field.

At the chequered flag, Verstappen’s lead was over 17 seconds, while the closest Ferrari challenger in Carlos Sainz was almost half a minute down.

Red Bull now looks on course for both championships in 2022, as it currently holds comfortable margins in both the Drivers’ and Constructors’ standings.

Ferrari’s title hopes unravelled over the last number of races through various scenarios including strategy mishaps and on-track errors, but its pace often was close to that of Red Bull’s.

It has led Leclerc to express surprise over Red Bull’s upturn in pace at Spa.

“No, very, very surprised. Especially in qualifying – qualifying and race,” he said.

“If you look at how close we were to the midfield I think we were more or less like we were in the first part of the season but they just were much quicker than us, so very strange.

“I’m not feeling good obviously. Other than all of this, there’s also the pace. The pace, Carlos and I, the thing that is strange is the feeling is quite OK inside the car.

“But then you look at the pace compared to Red Bull and they are on another planet completely.

“So we need to understand and hopefully by Zandvoort we understand and we come back to as close to Red Bull as we were in the first part of the season.”

Leclerc ended the race in sixth place, having been handed a post-race penalty for speeding in the pit lane.