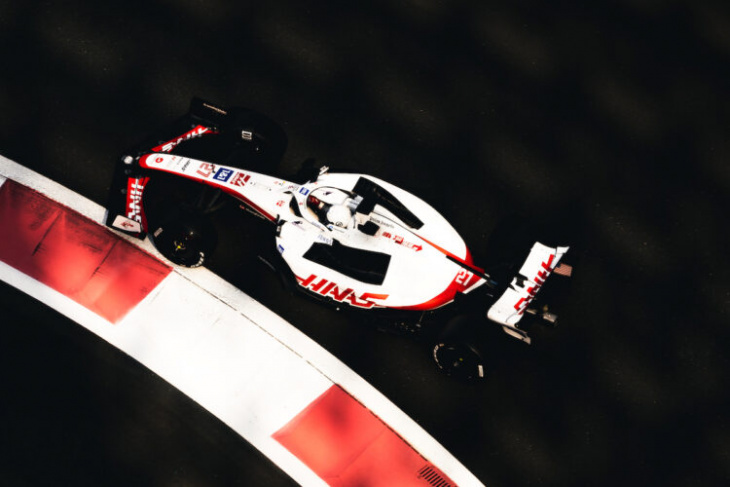 Nico Hulkenberg says that his return to Formula 1 only felt real when he began preparing for the post-season test earlier this week.

The German has been signed by Haas for the 2023 season, replacing compatriot Mick Schumacher.

The announcement was officially made last week during the build-up to the season-ending Abu Dhabi Grand Prix.

Hulkenberg made his Haas F1 debut on Tuesday, driving 110 laps around the Yas Marina Circuit at the post-season Pirelli test.

Verstappen hints he could retire from F1 after 2028 season

Despite his F1 future being confirmed for almost a week, Hulkenberg says the reality of the situation only hit him on Monday after the season had ended, when he began his preparations for the test day.

“Already yesterday [Monday] when you come back, you do the seat fit and you have the whole preparation process again,” Hulkenberg told Motorsport Week.

“The media, the engineering time… it started to be real from yesterday. That’s cool.”

Hulkenberg last held a full-time F1 race seat in 2019 and has spent three seasons as a reserve driver for Racing Point/Aston Martin.

He has been called upon on a number of occasions during the Covid-19 pandemic to substitute for ill drivers.

Hulkenberg last drove an F1 car in August at a Budapest Pirelli tyre test – but despite the large gaps between his outings, he says his body coped better than he expected behind the wheel on Tuesday.

“It’s not just the neck, it’s the body too,” Hulkenberg commented. “The glutes have to work a lot. It was hard, it was tough.

“I was feeling some human degradation towards the end of the day too. But that was to be expected.

“Actually, I coped better than I expected, to be honest. It’s good, it reminds you, it shows you again the intensity that these cars have.

“You add the race to it and the competition, it’s another story again. I have a plan, and I know what I have to do.”