Here’s Why Lightyear 0 Production Has Been Halted 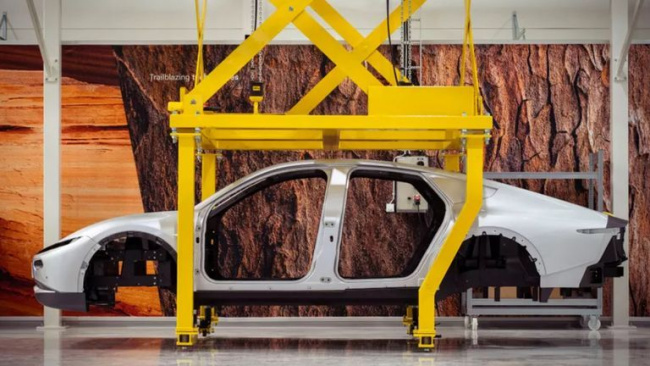 The Lightyear 0 promised a solar skin that could give the EV up to 43 miles of range per day, a drag coefficient of 0.175 Cd, and a battery with the highest energy density of any production electric car.

The innovative sedan, six years in the making, was also going to be wildly expensive at a time when automakers are starting to roll out affordable, everyday EVs to take Tesla models head on. The Dutch EV was going to start around $260,000, making it seem like an artifact from the early years of EV debuts.

Despite this obvious market challenge, contract manufacturer Valmet Automotive began production of the sedan in Finland in early December, with a rate of one car per week.

Now, production of the innovative EV has been abruptly halted, with the company calling it a “strategic restructuring.” Lightyear indicated that instead it plans to focus its resources on a much more affordable EV planned for 2025.

“In order to safeguard our vision, we had to decide to redirect our focus and resources completely towards Lightyear 2,” the company said in a statement. “This means in effect that we had to suspend the production of Lightyear 0.”

Lightyear planned to produce just 150 examples of the pricey sedan amid some skepticism in the industry regarding its usefulness to the company at this particular stage. By contrast, the company’s planned Lightyear 2 model will target a starting price of $43,000 while also offering solar charging technology, promising to allow the EV to travel 500 miles between recharges. 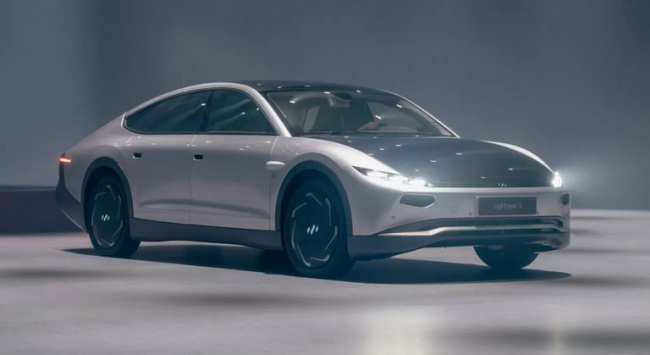 The company planned to produce just 150 units of its first model, mostly as a technology demonstrator.

Lightyear indicated in recent weeks that it planned to produce hundreds of thousands of units of the Lightyear 2, and is planning for sales in the US. The company’s CEO said this month that it had 20,000 fleet pre-orders for its next planned model, along with 40,000 reservations from individual customers.

Of course, these lofty goals will first have to survive the company’s current predicament, with Lightyear indicating that it had requested a court “to open suspension of payment proceedings” in regards to its operating company, Atlas Technologies B.V., which in turn contracted Valmet Automotive to produce the Lightyear 0.

Lightyear did not indicate just how many units of the electric sedan Valmet was able to produce since early December.

“Unfortunately we had to make this decision. The whole process of developing Lightyear 0 has provided our company many valuable learnings over the past years,” said Lightyear One CEO and co-founder, Lex Hoefsloot. “We are now redirecting all our energy towards building Lightyear 2 in order to make it available to clients on schedule.”

Needless to say, Lightyear has a few challenges between now and 2025 when it plans to begin production of its affordable EV. The company has not yet named a contract manufacturer the Lightyear 2, with Hoefsloot indicating that the company was hoping to secure key investments for the project in the coming weeks.

Keyword: Here’s Why Lightyear 0 Production Has Been Halted