Tsunoda has been outperformed by his teammate in both of his Formula 1 seasons, but Red Bull will give him a third year to develop at their second Formula 1 team. 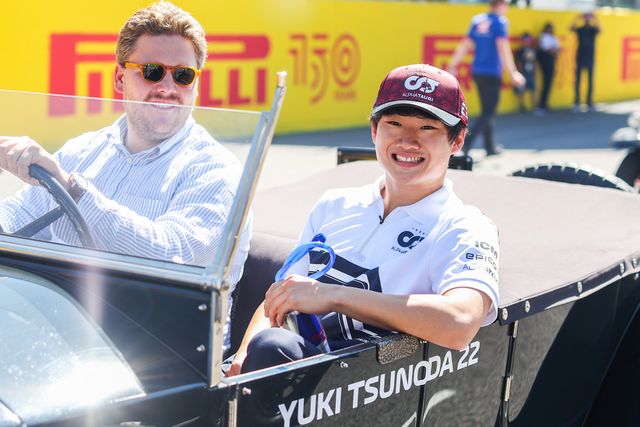 Yuki Tsunoda will return to Red Bull second team AlphaTauri for a third Formula 1 season. The team announced the deal earlier today, although the announcement does not make any commitments past 2023.

Tsunoda, a former Honda development driver who joined Red Bull’s driver development program as a part of the company’s exit from F1, is the 2018 Japanese Formula 4 champion. He joined AlphaTauri after one season each in Formula 3 and Formula 2, highlighted by two feature wins and a third-place championship finish as a rookie in the 2020 F2 season.

Tsunoda’s time in Formula 1 has been a struggle. The 22-year-old prospect finished 14th in the championship as a rookie, scoring just 32 points to teammate Pierre Gasly’s 110 in a relatively competitive mid-field car. In a car that has struggled more this season, Tsunoda has scored 11 points to Gasly’s 22 and has not scored a point since May’s Spanish Grand Prix.

Tsunoda’s time at AlphaTauri has been highlighted by a strange and rocky relationship with Red Bull driver stable leader Helmut Marko, who once referred to him as a “problem child.” Despite Marko’s very public comments, Tsunoda was backed by AlphaTauri executive Franz Tost.

Despite struggling to produce significant results on track and drawing vocal criticism from Red Bull executives, Tsunoda is still just 22 years old and has shown clear promise at lower levels. A failed recruitment of IndyCar’s Colton Herta and a disappointing stable of Formula 2-level development drivers have left the program with few other options for its two AlphaTauri seats. Tsunoda will get another year to develop, one he is expected to spend next to either previously-signed AlphaTauri teammate Pierre Gasly or alongside Nyck de Vries in a deal that would send Gasly to Alpine.

Keyword: F1's Most Interesting Young Driver Yuki Tsunoda Will Return to AlphaTauri in 2023