If you think the electric autonomous car future sounds boring, there are flying cars and more on the horizon. To that end, may we present the “CopterPack?” It’s an electric backpack helicopter, for lack of a better description. It is currently being developed in its home base of Australia. You essentially turn yourself into an aircraft after belting into the CopterPack. That sounds even more exciting than flying cars. 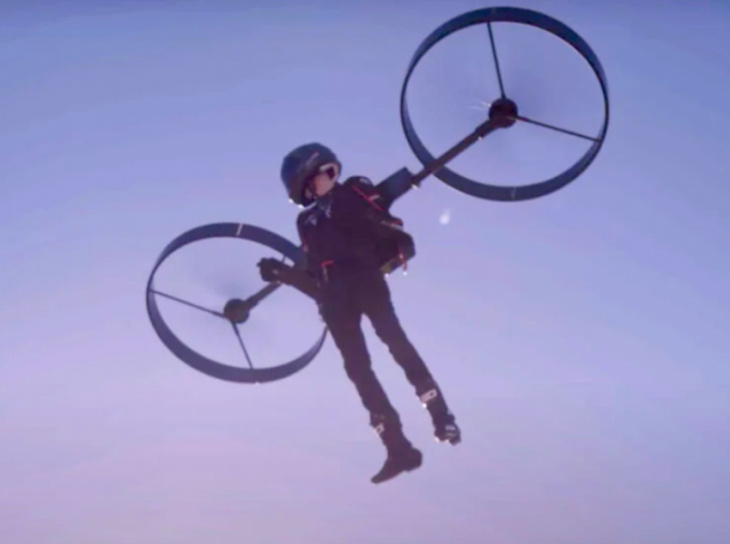 The CopterPack starts with a very light airframe of carbon fiber and honeycomb. According to the team developing it, once you strap it on, you and the aircraft feel like you’re one. As we said, your body turns into an aircraft.

The video has a disclaimer. When shot, the demonstration was tethered. It did this to determine flight dynamics and its stabilization assists. So while it was not flying free, it was flying. As you can see, without anything protecting the pilot, a helmet is needed. 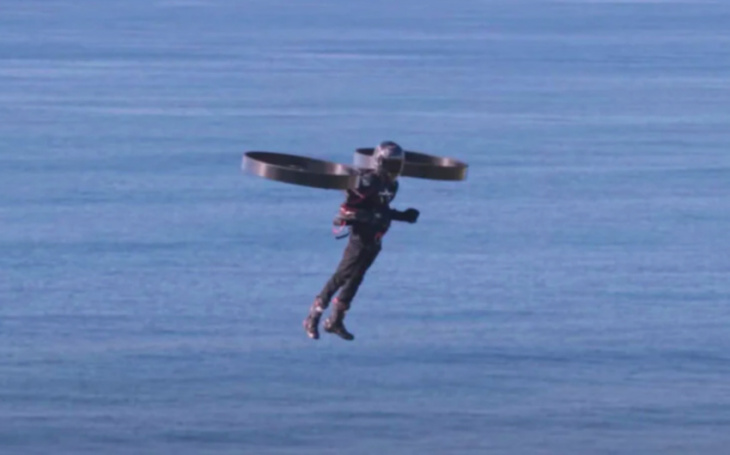 It also appears that the two propellers need to be spun with high-powered engines, or even jet engines. They tilt to help achieve takeoff. Each propeller can tilt independently to fine-tune maneuverability. They also appear not to be protected, which could cause issues. But again, this is in the developmental stage. At this point, no one knows what the final design will be.

Maybe the most interesting part of the CopterPack is that it incorporates a self-leveling autopilot system. So what that means is the backpack would be programmed to travel a certain distance or location, and the rider is, well, along for the ride. It’s autonomous, stripped-down flight.

How do you fly it? 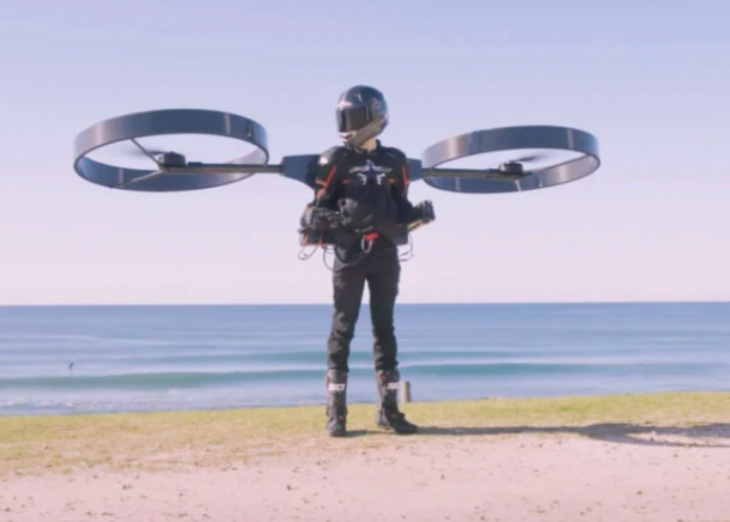 Body vectoring dictates the direction of the flight. Tilting forward or backward takes you in that direction. The same goes for side-to-side movement. There are also LED lights that help to determine where the horizon is in the dark. The two joysticks control directions, speed, propulsion strength, and altitude.

Right now, the company is being mum about specifications. So we don’t know anything about the engines, the weight of the CopterPack, or the costs. But we know about similar helicopter packs and flying suits.

There is the “wingless jet pack” made by Jetpack Aviation, also in Australia. There is also a “jet wing pack” that supposedly can do 248 mph. From Jetman Dubai, the designer is Yves Rossy formerly a Swiss Air Force pilot. MotorBiscuit has also shown you the SD-03 flying car, and Franky Zapata’s DragonAir Airboard 2.

The Royal Marines are testing a Gravity suit 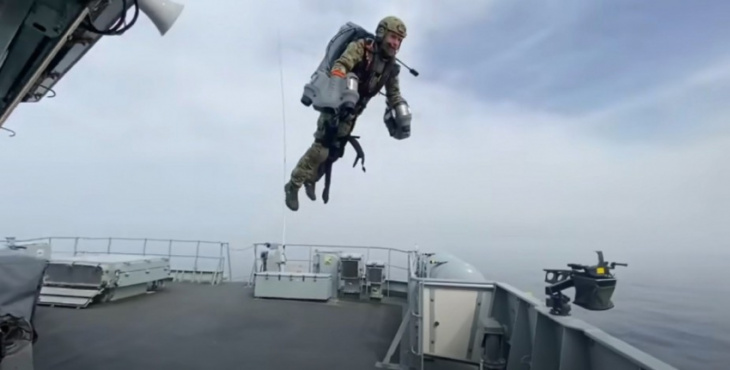 There are shots of the Royal Marines testing a gravity suit. The need for this type of propulsion is to be able to get to a destroyer or frigate at sea from a support vessel. Each gravity suit costs $440,000. So these are not motorized skateboards.

There have been rumors that CopterPack wants its backpack drone to come in at under $20,000. Should that ultimately happen, it puts this type of propulsion in the aviator vanguard. It might even be its own version of Tesla, but for flying backpacks.