The St. Mary’s Trophy presented by Motul at the Goodwood Revival is our staple saloon car thrash featuring tin tops of all shapes, sizes and nationalities, that powered the people on their commutes the world over in the 1960s. As such the variety of what we can see is truly spectacular, from the featherlight Brits and Italians to the thundering great Americans, the Goodwood Motor Circuit allows both to shine on different parts of the circuit. Here is a selection of superb saloons that you mustn’t miss at the 2022 Goodwood Revival. 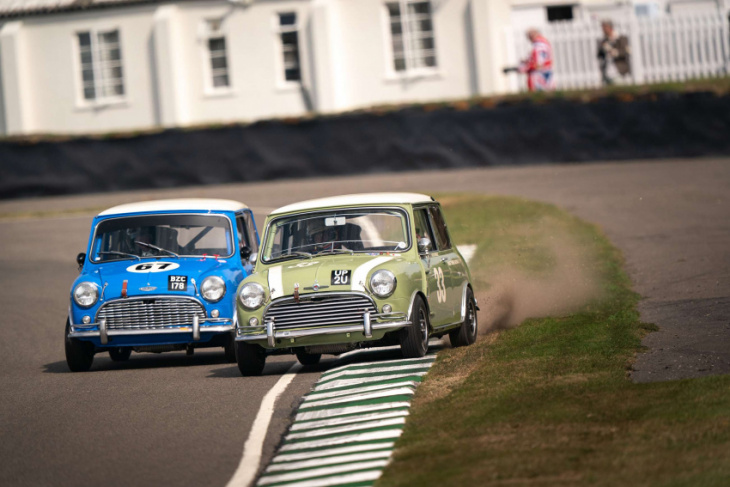 There are a number of cars that are staples at the Revival. The E-type, the Cobra, the GT40. But lower down the power rankings is of course the humble Mini. More than a staple of the Revival, it’s a staple of British motoring industry, an icon in the most literal sense. It was of course also an extremely accomplished racing and rally car in its day and has earned its status as a Revival and Goodwood icon as a whole, through the numerous bloody noses it’s given to much bigger, more powerful cars, in battles on our Motor Circuit. Where there’s a Mini, there will be a spectacular battle, especially if Nick Swift has prepared it and is behind the wheel. Look out for Swifty in car number 76. 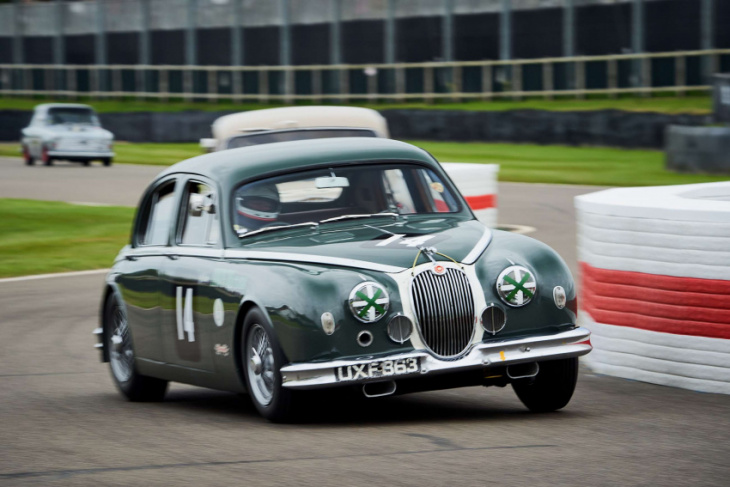 Stately as it is, the Jaguar Mk2 is actually known for being one of the original super saloons. With its 3.8-litre ‘XK’ straight-six engine, it had E-type power in a great chassis under a slippery body. Morse be damned, these things absolutely sing around our Motor Circuit in the St. Mary’s Trophy. On track the Jag tends to split the difference between the brute force of the American V8 tanks and the agility of the lightweight European stuff, sometimes to its detriment, getting out-dragged and outhandled by both. Well prepared and with a strong engine that’s driven properly, however, these Jags can gobble up Goodwood with balletic ease. 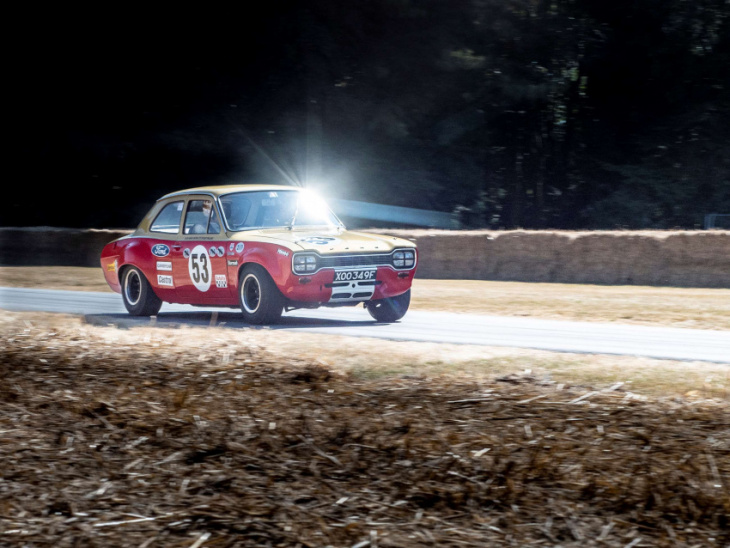 It’s not competing at the Revival this year, but this Ford Escort will certainly be one of the event’s most special tin tops. An ex-Alan Mann racing car, it features in our Graham Hill celebratory demonstration as the car he put on pole in 1968 during the British Saloon Car Championship. It’s a car that speaks to Hill’s almost inimitable versatility, as a driver that could turn his hand to almost anything and fight for the win, be that F1, saloon cars, sportscars and more. Be sure to catch this Escort, in those unmistakable red and gold Alan Mann colours, as it takes its laps at Revival 2022. 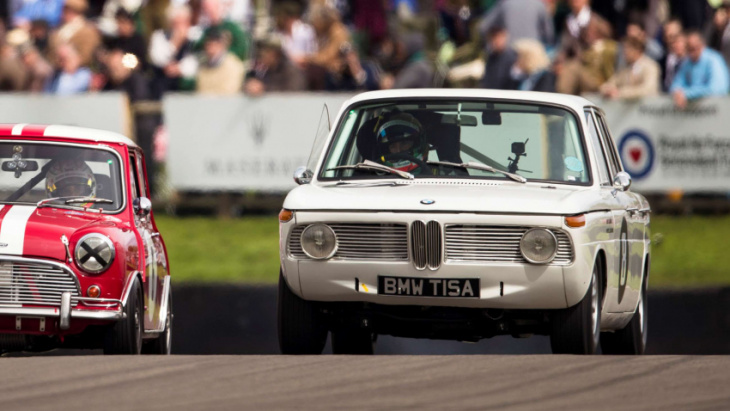 The BMW from before BMW as we know it today, the 1800 TI/SA was arguably one of BMW’s first super saloons. Long before M was the fastest letter in the alphabet, Ti/Sa stood for Touring International Sports Version, translated literally from German. In other words, it’s the M3 before the M3 existed. They’re not exactly front runners most of the time in the St. Mary’s but they certainly add some colour and curiosity to the grid. They also tend to attract friendly faces, with one of the TISAs racing at this year’s Revival being owned and piloted by world-renowned motorsport artist and friend of Goodwood, Tim Layzel. Look out for him in car number 19. 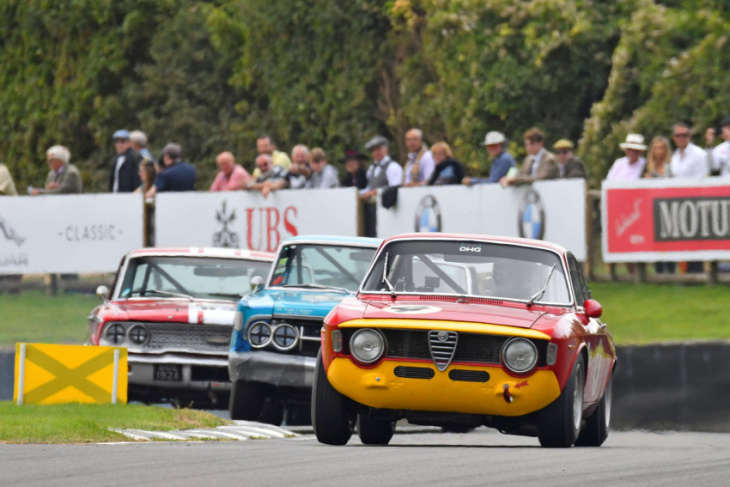 Probably the most beautiful car on the St. Mary’s grid has often proven to be one of the most competitive. The Alfa Romeo Giulia Sprint GTA is a classic saloon car stunner that features in many a dream garage, as it has at the front of many a St. Mary’s finishing order. With the A in GTA standing for Allegerita, or lightweight in English, the screaming twin-cam four-banger has very little to lug along. These are, if anything, more effective than Britain’s equivalent, the Lotus Cortina, around our Motor Circuit. Look out for hotshoe Olivier Hart in car number 4. It should be right up there on pace. 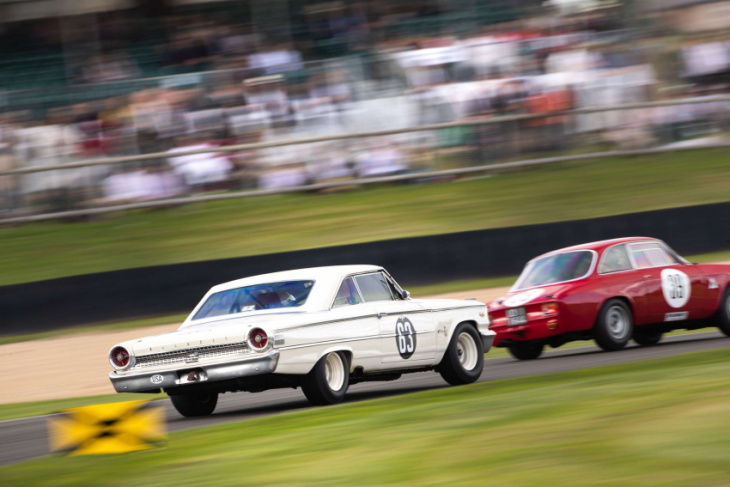 Now we get to the big beasts. The Ford Galaxie 500 is a favourite US-sourced tank for historic saloon car racing here at Goodwood. You could fit an entire Mini in the engine bay and an entire Austin A35 in the boot. The inside is equivalent to a small London apartment… and yet, they absolutely fly around our track, bringing the thunder as they go. The big monster V8 could render the GT40 a little shy and the sheer size and mass intimidates as the diminutive Minis approach up the inside of corners. Fred Shepherd is probably the man to watch in car number 92 during the 2022 St. Mary’s, having proven his performance in recent years in a Boss Mustang in the Gerry Marshall Trophy. 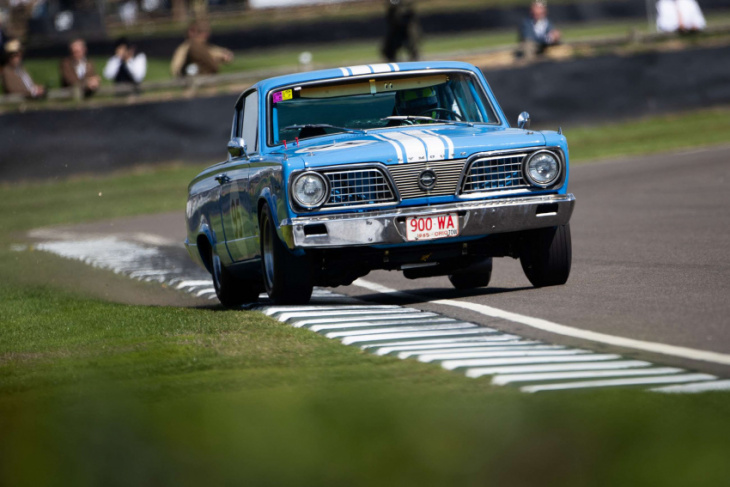 Ah yes, the lone Barracuda that will be in the St. Mary’s represents Mopar power in the face of the Fords, and indeed the scrappy European machinery it towers over. The Minis, Alfas, Fords and Jags could be safe in the knowledge that it might not deal with the corners all that well, if not for the fact that this is Duncan Pittaway’s car, that he will be driving. Famously fearless and fast as they come, if the Baracuda is on song this year, we expect no punches to be pulled. Car 95 if this unique-to-the-grid monster doesn’t stand out already… 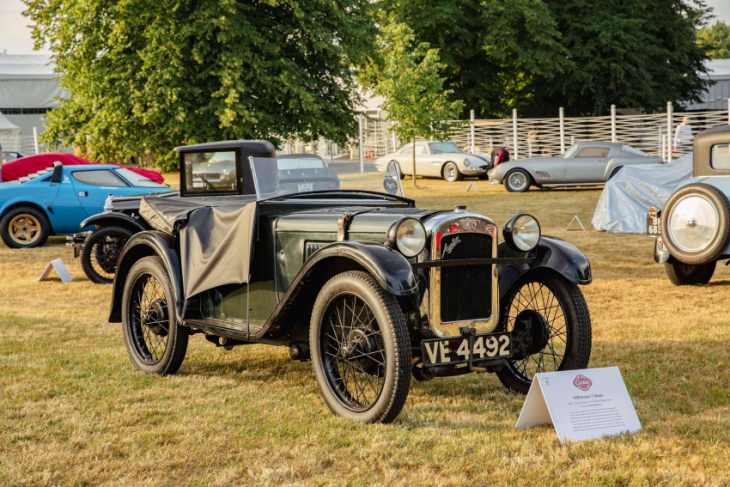 In our sportscars list, which you can see tomorrow as we continue our build up to the Revival, we included the MGB in general, given there’s a race dedicated to it. The Austin 7 is also getting its own dedicated parade. More than 70 of these cracking little cars will be taking to the circuit to celebrate one of the most versatile little people’s cars ever conceived. Almost every version will be present, from the ‘specials’ that legends built to race in their early years, to vans, to utility vehicles and many, many more. Some of these will be unrecognisable, given that little more than the engine and chassis remains on some of the dedicated racers. A tin top is all about being most things to most people and the Austin 7 really was that.

The 2022 Goodwood Revival is just a few days away. Don’t forget you can watch all three full days of racing action on our live stream here on Goodwood Road & Racing.