Dorna Reaches Agreement To Bring MotoGP To India In 2023

The Buddh International Circuit will host the Grand Prix of Bharat. 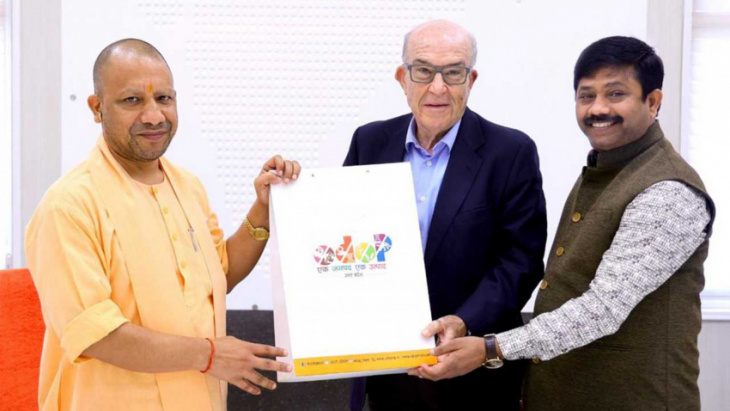 The 2022 MotoGP calendar currently includes four rounds hosted in Asian and South East Asian countries. From Indonesia to Malaysia, from Japan to Thailand, the schedule caters to some of the world’s largest motorcycle markets. In 2023, MotoGP will visit yet another Asian nation, with India’s Buddh International Circuit hosting the Grand Prix of Bharat.

“It is a matter of great pride for Uttar Pradesh to host such a globally prestigious mega sports event,” proclaimed Adityanath. “Not only will the event boost the hospitality and tourism sectors, but it will also put UP on the global platform. Our government will provide all the necessary support to make this event a huge success.”

Dorna and Fairstreet Sports signed a Memorandum of Understanding (MoU) that will bring MotoGP to the subcontinent for the next seven years. While Fairstreet Sports will promote India’s motorcycle culture and support MotoGP feeder programs, the annual race weekend should expand the region’s trade and tourism. Direct and indirect employment estimates include up to 50,000 new jobs in addition to 5,000 more temporary roles on the race weekend.

“India is a huge country and market, and an especially important one for the two-wheeled industry and MotoGP as a sport. The Championship has a huge fan base there and being able to hold a MotoGP event in India would be both an incredible spectacle for our fans at the same time as allowing us to continue to grow the sport in the region,” explained Ezpeleta.

Dorna hasn’t announced the Grand Prix of Bharat date yet, but based on MotoGP scheduling conventions, we expect to see the Buddh International Circuit at the tail end of the 2023 calendar.

Keyword: Dorna Reaches Agreement To Bring MotoGP To India In 2023