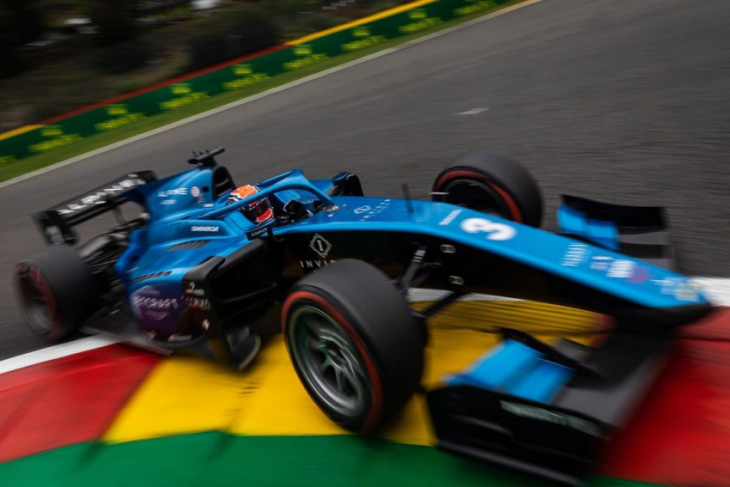 The Australian claimed his third race win of the season in the Formula 1 feeder series at Spa-Francorchamps with the performance coming as Alpine faces an uncertain future with regards to its drivers next season.

Today it will take part in a meeting of the FIA Contract Recognition Board as it disputes claims that McLaren has a claim to Oscar Piastri for 2023.

That in turn could have a knock-on to Doohan, who is next in line behind his countryman when it comes to the Alpine Academy.

“I think results speak louder than anything else,” he said when asked by Speedcafe.com if he’d seek out Szafnauer following his victory.

“So I’ll continue to put in the hard work and focus on my campaign and try and do the best I can.

Doohan has now climbed to fourth in the Formula 2 drivers’ standings and has not finished worse than second when he has seen the chequered flag in the last two races.

The uptick in form coincides with a discovery made over the course of the Austrian round of the championship which has continued to pay dividends.

“I think Red Bull Ring, Race 1, we found something in the car that really works for me on race pace, which is something that I was missing, and I was able to manage the tyre really well and we found what sort of clicked.

“Since then, we’ve been able to have that obviously.

“Paul Ricard, I should have been on the podium for Race 2 but I made a silly mistake, which shouldn’t happen.

“Then Budapest we won the Sprint race, Race 2 we had the gearbox issue which was unfortunate.

“And then [the] last three races that I finished, they’ve all been in the top three and on the podium.

“So it’s strong, and it’s working, so we just need to continue, and continue to work hard, because I know everyone else will be.”

Doohan is an outside chance of a Formula 1 berth with Alpine next season purely because of his role within the operation’s Academy.

Daniel Ricciardo and Pierre Gasly, however, are front-runners for the drive should Piastri leave the squad following the outcome of the CRB meeting in Geneva today.

Keyword: Doohan believes ‘Results speak louder than anything else’ in 2023 F1 chance