Success in the WRC 9 video game could lead to a seat in the Junior WRC and eventually WRC2. 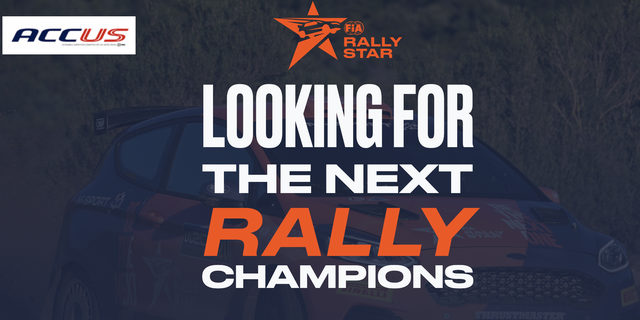 The FIA, the American Rally Association, and the DirtFish rally school have teamed up to help prospective young rally drivers in North America find their path to success through a new program that could propel them to WRC stardom.

Called the FIA Rally Star program, it’s designed to find skilled drivers through the organization’s officially licensed WRC 9 video game. Specifically, competitors aged 17-26 must set their fastest time on a previously unseen stage, available as downloadable content. They’ll have up to 100 practice sessions before being able to set five timed runs, the fastest of which will be their entry into the event.

There are four different challenges in total, taking place from August 27 to October 16. Competitors can compete on their own preferred platform, meaning PC, PS4, PS5, Xbox One, and Xbox Series X players are all welcome.

Set a quick enough time, and you’ll earn one of the seven spots available on the FIA Rally Star team. From there, you’ll be flown to Peru in December to complete six training rallies in a Ford Fiesta Rally3 before competing in a season of Junior WRC in 2023. The top three drivers are invited back to Junior WRC for a second and third season in 2024 and 2025, respectively. If you win the title in 2025, you get a seat in WRC2 for 2026. According to DirtFish, an additional slot in the competition has been added specifically for a female driver to promote women in motorsports.

“We created FIA Rally Star with the ambition to give a chance to all young people dreaming of becoming a rally driver,” FIA category manager Jérôme Roussel said in a statement. “Our sport has an increasing audience in North America, as highlighted by the rise of American Rally Association presented by DirtFish in recent years. Those who want to follow in the footsteps of Ken Block or Travis Pastrana now have a clear path forwards from the #RallyAtHome Challenges.”

Keyword: DirtFish and the FIA Are Teaming Up to Send North Americans to the WRC