Cops on electric Harley-Davidsons, but with a twist: Police department adopts Serial 1 e-bikes 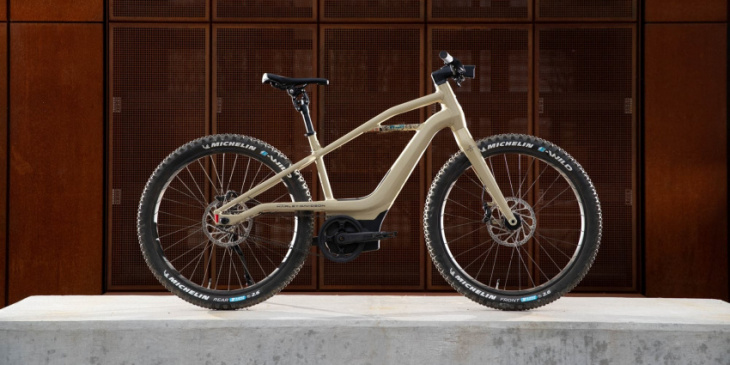 Police departments around the country have been going electric quickly. You might think that means more cops in Teslas and electric trucks, but many departments are seeking out electric two-wheelers for patrol use. The latest example happens to be on a fleet of Harley-powered Serial 1 electric bikes.

Harley-Davidson motorcycles are the traditional motorized two-wheelers of choice for police departments in the US, but Harley-Davidson’s electric bicycle brand Serial 1 is taking center stage for the Muskego Police Department in Muskego, Wisconsin.

Serial 1 partnered with the local police department as a way of giving back to its community, donating four shiny new Serial 1 electric bikes for patrol use.

The BASH/MTN was recently unveiled as a rigid “urban playbike” designed for jumps, stunts, and other rigorous riding. The bike hosts all of Serial 1’s technology but with a simplified and stripped-down design featuring a single gear ratio, belt drive, hydraulic disc brakes, and suspension seat post.

The RUSH/CTY is one of Serial 1’s original bikes and is optimized for city riding with an automatic electronic transmission and 28 mph (45 km/h) top speed. The model still sports the same Brose mid-drive motor and other high-end parts found on the BASH/MTN.

Serial 1 is thrilled to support the Muskego Police Department with our premium eBikes. Supporting the local communities that our employees, suppliers, and—most importantly—our customers call home is a priority for Serial 1. The Muskego Police Department joins other Law Enforcement Agencies across the country who are now better equipped to respond with Serial 1 eBikes. We look forward to our new partnership with Muskego PD, and want to thank the men and women who protect and serve all communities.

Officers using electric bikes can cover more ground in the same time, respond quicker to calls, and arrive at a scene less winded, making it easier to perform their duties.

Pedego e-bikes have also been used for police duty.

Just last week, one of the patrol officers using our e-bike came into the store and shared a story of him catching a bike thief who had just stolen a bike from in front of the Walgreens on Santa Cruz. He said he would never have been able to catch him on a regular bike, and by the time the dispatch could have directed a patrol car to pursue the suspect, the suspect would have escaped.

Fresno, California, has a robust bike patrol program that has seen many police officers on BULLS electric bikes.

It’s a model that has also proven popular with the LAPD.

In Fresno, officer Dustin Freeman explained that officers generally cover 30-40 miles per day and work in pairs. As Freeman explained, the e-bikes have been a valuable tool for catching criminals:

Criminals don’t like it. They don’t know when we’re there. They don’t hear us coming. They don’t see us as easily, and we’re able to observe and act quicker in those interactions.

According to The Fresno Bee, the downtown bike patrol unit made 448 felony arrests in 2021.