The vehicle is currently under development in Europe. 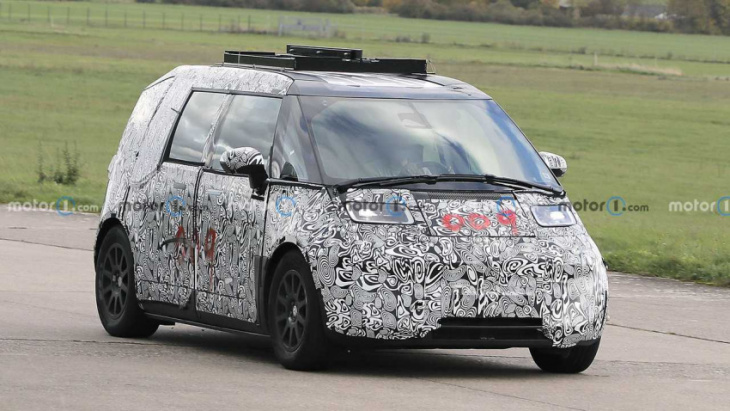 The company that owns and operates Google, Alphabet, currently also runs the robotaxi business Waymo, which intends to launch an autonomous ride-hailing service in major American cities to compete against Uber and Lyft. The so-called Waymo One service already offers fully self-driving rides in Downtown Phoenix and the East Valley and wants to expand the business and replace its fleet with new electric vehicles. China’s Zeekr has been tasked with the goal to develop these vehicles and we have new spy photos from the process.

What you see depicted in the gallery below are spy shots with a prototype of the Zeekr robotaxi featuring full-body camouflage. The egg shape of the vehicle reportedly maximizes the interior space and provides easy access to the cabin and seats. There’s a massive greenhouse and headlights positioned right below the windshield at the front. The side mirrors sit on the doors around the point where the dashboard inside the cabin ends.

Speaking of the dashboard, it’s interesting to see this prototype actually has a steering wheel. Zeekr is reportedly working on a fully autonomous taxi, though this trial vehicle is obviously operated by the driver. Overall, the photographed vehicle doesn’t look that much different from the renderings released by the Chinese company back in 2021, but the self-driving technology will most likely arrive at a later date judging by the steering wheel and side mirrors.

As far as the interior is concerned, we expect a flat floor and a lot of space for the passengers. Features such as infotainment screens and smartphone chargers are likely to be seen at the back to make the customers’ stay more pleasant. We don’t know, however, what the front section of the cabin will look like in the fully autonomous version, which is expected to lack a steering wheel.

Just recently, Zeekr unveiled another interesting product. The 009 is an electric luxury minivan with a peak output of up to 536 horsepower thanks to a dual-motor system. Not many will be interested in the 0-62 miles per hour (0-100 kilometers per hour) acceleration time of a Chinese family hauler, but this one does the sprint in just 4.5 seconds.