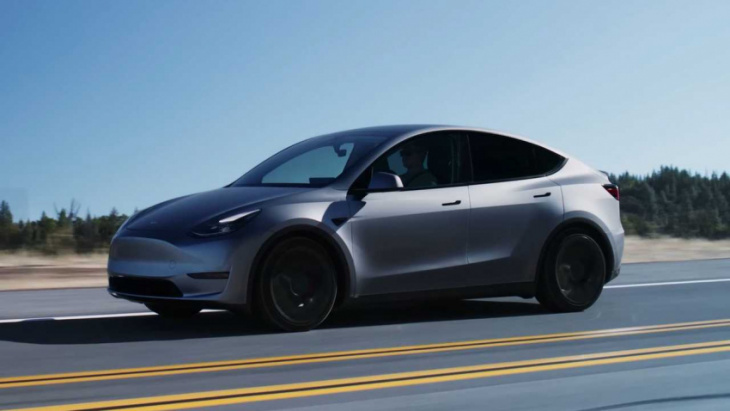 New vehicle sales in California (and in the US) continue to decrease, although all-electric car sales note consistent growth and reached a new record market share.

According to the California New Car Dealers Association (CNCDA)’s data and estimates, some 392,401 new light vehicles were registered in Q3 in California (down 12% year-over-year), while year-to-date the number is 1.245 million (down 16%). Those results prompted CNCDA to forecast that the year 2022 would be almost as weak as 2020, which was affected by lockdowns.

“The weakened economy, supply chain issues, labor availability, and chip shortages all lead us to predict that new vehicle registrations in 2022 will only hit 1.68 million by the end of the year (lower than we anticipated last quarter).”

Meanwhile, plug-in car registrations are expanding thanks to the quick growth of all-electric car sales (hybrids and plug-in hybrids are down).

In Q3, some 80,206 plug-in electric cars were registered (up 39% year-over-year), which is not only a new quarterly record (slightly above Q2) but also a new record market share of over 20.4%. It means that already more than one in five new cars sold are rechargeable.

Plug-in hybrids, on the other hand, are becoming a smaller and smaller part of the market. Interestingly, non-rechargeable hybrids are also down quite noticeably – by 19% year-over-year.

So far this year, more than 232,000 new plug-in electric cars were registered in California, while the number of all-electric cars approached 200,000.

The data reveals five all-electric models among the top models year-to-date, including four Teslas and one Ford.

Three all-electric cars were at the top of their subcategories: 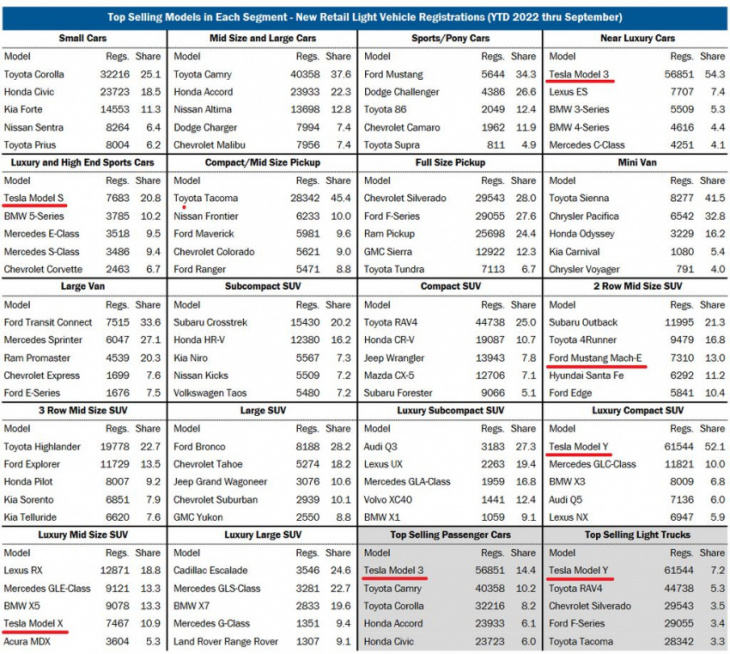 After three quarters, Tesla is the second most popular brand in California – behind Toyota, but ahead of Ford – with a big chance for #1 at some point in the future.

Tesla is also dominant in the BEV segment with a 67.8% share. All non-Tesla BEV registrations combined were at 63,283. It’s worth noting that Tesla’s registrations slightly outpaced the all-electric segment’s average.

Having the numbers for the US and California enables us to estimate the difference, which is the number of Teslas registered in states outside of California. It’s north of 204,000.