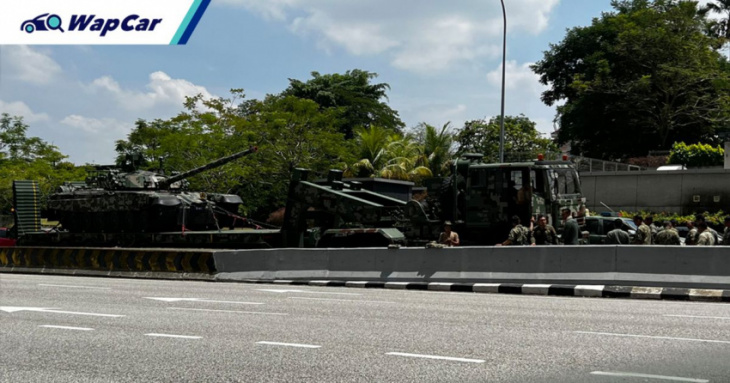 Last week, the Malaysian Army became a trending topic when two vehicles broke down near the National Museum. The army has released a statement apologising to road users for the inconvenience caused by the broken down vehicles.

In the statement, the Army explained that on 26-August-2022 at 10.30 am, a PT-91M Pendekar tank encountered engine problems after it completed its practice session for the 65th Independence Day parade rehearsals. 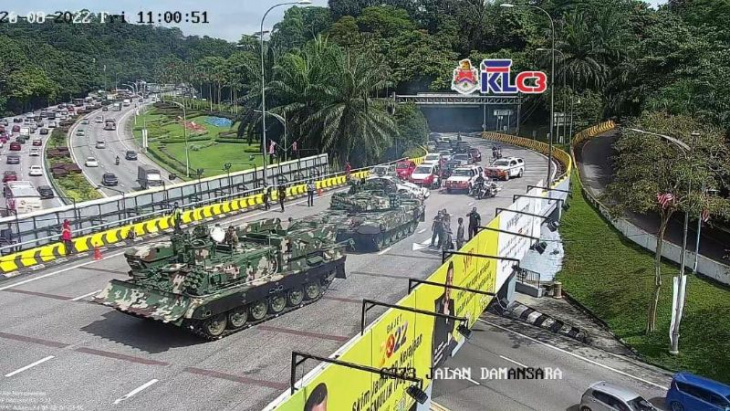 The first incident that happened on 26-August-2022

A recovery vehicle was dispatched to the site at 11 am to tow the broken-down tank to the National Museum car park for repairs to be carried out.

In the second incident that occurred at 11.26 am on 27-August-2022 along the road in front of the National Museum, a Prime Mover was on its way back to the Perdana Camp in Sungai Besi when it encountered engine problems as well.

JUST IN Another military vehicle has broken down in the city centre. Just a day after a tank broke down near KL Sentral, an army trailer truck transporting a tank can be seen stuck on the right-most lane of Jalan Damansara in front of the national museum. pic.twitter.com/cibeBmYILn

A team of mechanics was quickly dispatched to the location and repair work was completed by 12.30 pm so the vehicle could continue on its way.

“The Army apologises for the two incidents and will ensure that this does not happen again. But should it recur, a standby recovery team will be dispatched to the location as quickly as possible to tow the stricken vehicle away in order to avoid traffic jams,” the Army said in an official statement on Saturday (27-August-2022). 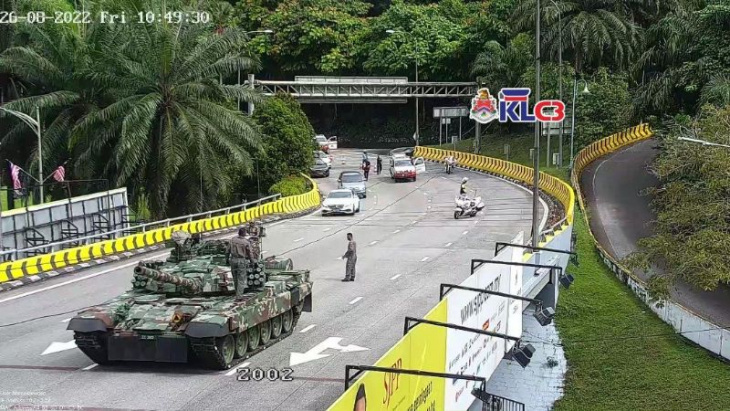 According to a report by The Star, a total of 129 of the Army’s vehicular assets will be involved in the Independence Day parade that will be happening on Wednesday 31-August-2022 at Dataran Merdeka.