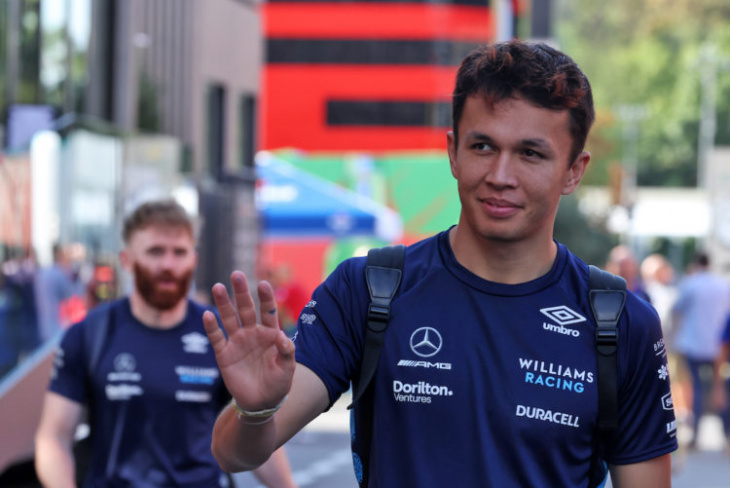 Alexander Albon has been released from hospital after his appendectomy, which was followed by post-operation complications.

Albon was forced to sit out last weekend’s Italian Grand Prix after being diagnosed with appendicitis, and was replaced by Nyck de Vries.

However, after a successful surgical procedure in Italy, complications occurred that saw the Thai-British driver suffer from respiratory failure.

He was placed into intensive care and re-intubated, following the uncommon side effect of the operation.

Williams asserted on Monday that the former Red Bull driver has made excellent progress, and it is hopeful that he will be back in the car for Singapore.

Villeneuve blasts Ricciardo: ‘Why would Alpine want him?’

Domenicali confirms F1 has not given up on reversed grid races

His recovery is now continuing at home, with a Williams spokesperson confirming to MotorsportWeek.com that he left the hospital on Tuesday and is now back in Monaco.

The team is yet to officially confirm his return, but Singapore could pose issues as it’s known as one of the most physically demanding races on the schedule.

Albon has enjoyed a strong 2022 season, scoring three top 10 results so far this year, with a best result of ninth coming at the Miami Grand Prix.

Earlier this year, Albon penned a multi-year extension with the Williams squad, having returned to the sport this year with the Grove-based team.