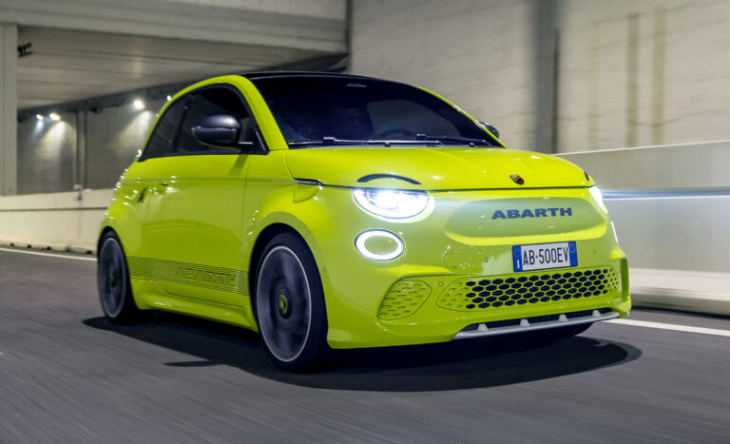 Abarth, the high-performance wing of Fiat, has released its first electric car in the form of the sporty 500e.

The electric architecture is ideal for the compact city hatch as it offers better weight distribution, more torque, and a wider wheelbase than the petrol variants, resulting in the 500e being more responsive, faster, and more exciting to drive.

“In short, it is more Abarth than ever,” said the Italian automaker.

The search for high performance

According to Abarth, there’s only one reason it built the electric 500e: “the search for the highest performance.”

The hot hatch is endowed with a 42kWh battery driving an e-motor on the front axle with a total system output of 113.7kW and 235Nm.

Urban driving was the focus point for the battery-powered hatch, however, and in this environment, it outperforms its internal combustion engine (ICE) siblings with ease.

Similarly, 60-100km/h is handled one second faster than in the 695, with the latter only reaching 90km/h during the same time. 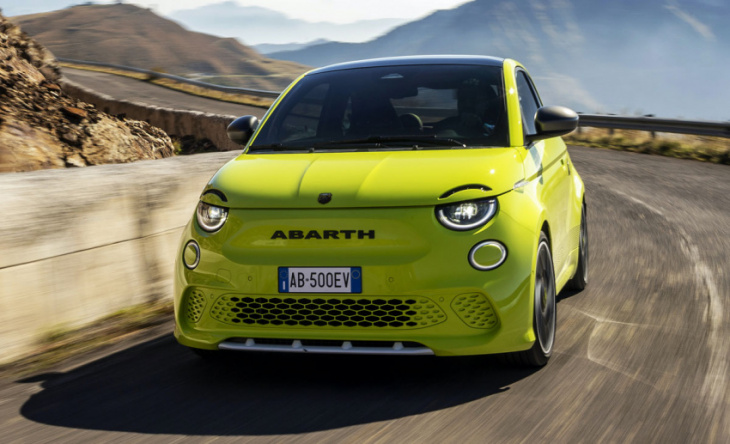 In light of its electric foundation, the 500e has been engineered to produce distinctive sounds in order to keep it a true Abarth.

Each time the hatch is turned on or off, the speakers produce a “guitar” inside the cabin, and the Acoustic Vehicle Alert System that warns pedestrians and other motorists of an approaching EV produce a signature “jingle.”

It is also the first and only Abarth that can optionally be equipped with a Sound Generator that reproduces the sounds made by a petrol engine “to offer all the emotions that every Abarthist seeks,” said the company.

Refueling the 500e is then just about the only time when it will be slower than its kin.

The hatch supports a maximum charging speed of 85kW which will see the battery reach 80% in 35 minutes. As such, it takes less than five minutes to build up around 40km of range which Abarth reckons is more than enough for its European customers’ daily needs. 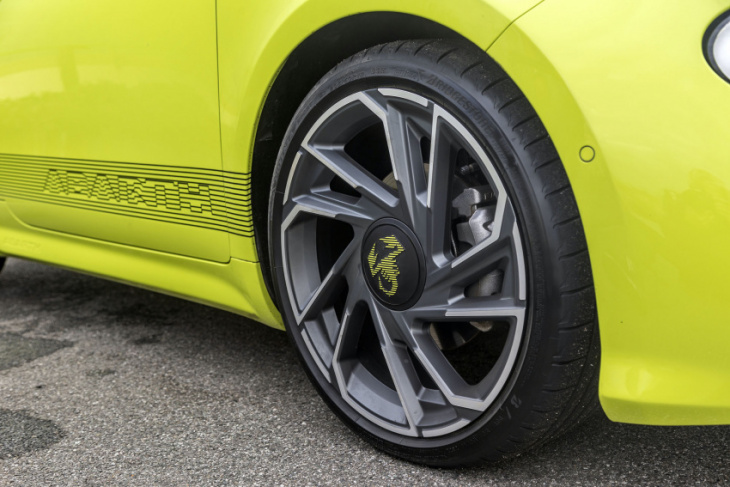 As for its design, the 500e retains the typical sporty demeanour we’ve come to know from the dynamic brand, with a few distinctive elements that make it stand out as the original battery-electric Abarth.

Apart from the wider footprint, it features a solid panel with Abarth lettering instead of a grille, a model-specific front bumper with a Cool White DAM, larger lateral skirts, rear diffuser inserts, Titanium Grey mirror caps, and dedicated alloy wheels.

As expected, it brings a high level of standard equipment, too, including a 10.25-inch media centre, a 7-inch digital driver’s cluster, wireless charging, a JBL sound system, and no fewer than nine advanced driver assist systems.

The Abarth 500e is not confirmed for a South African introduction at this point. 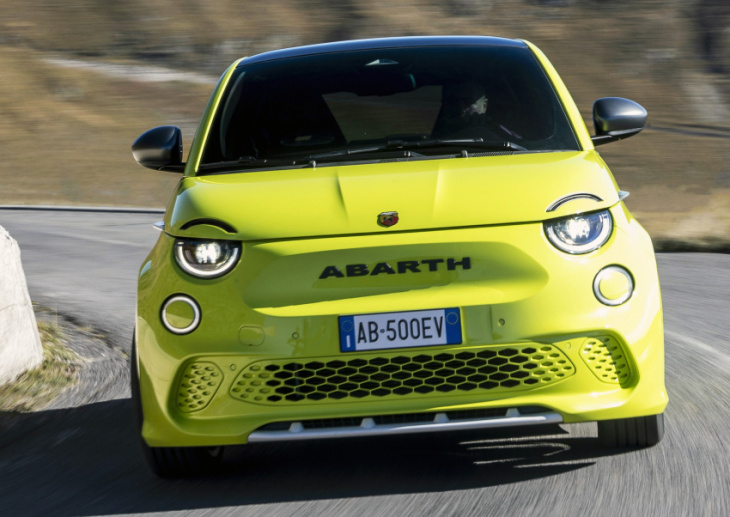 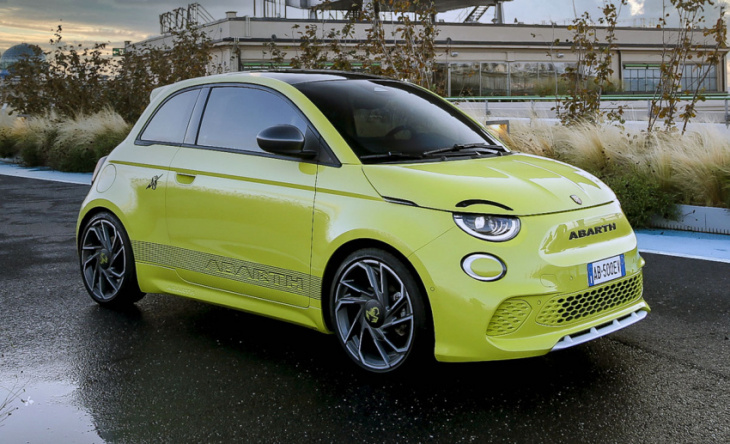 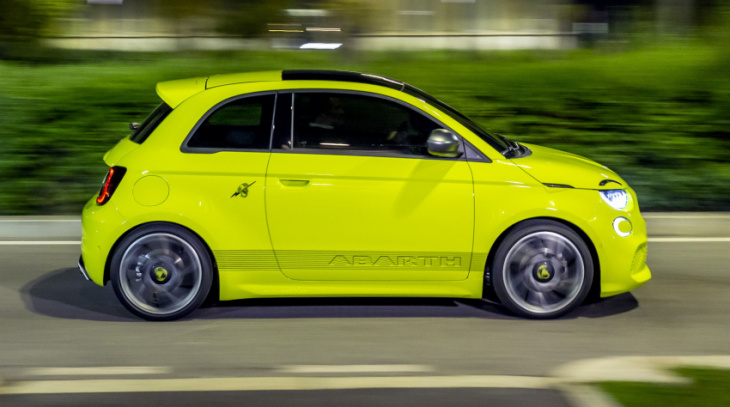 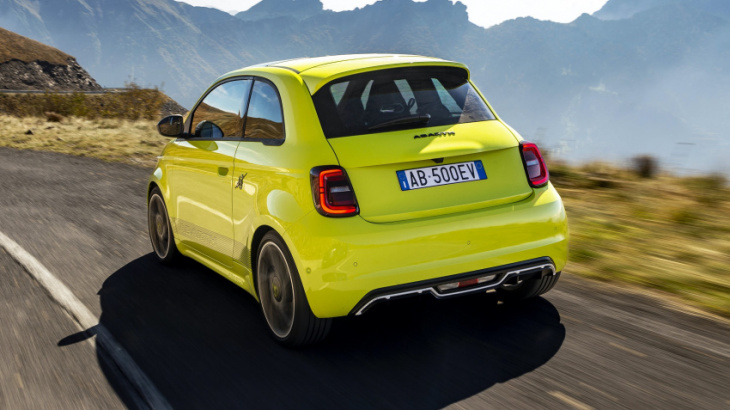 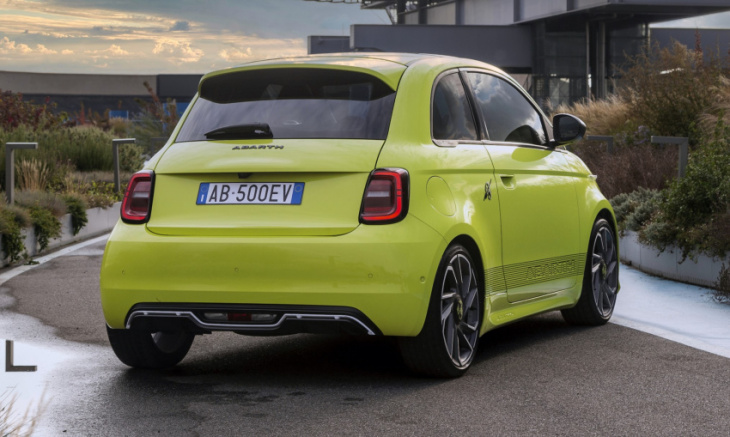 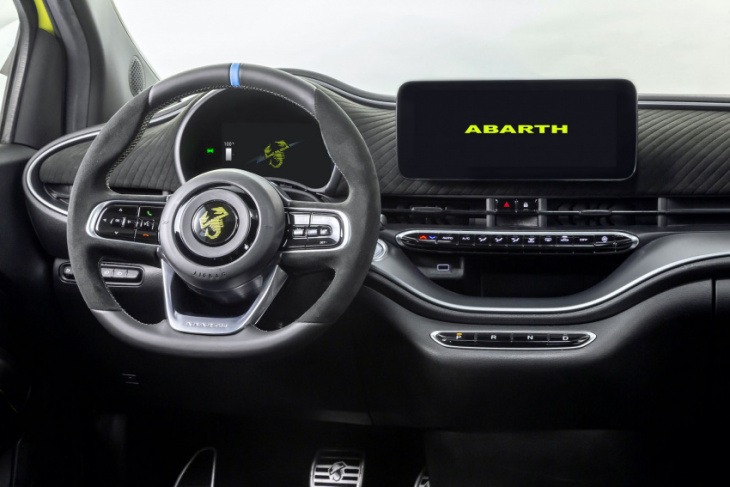