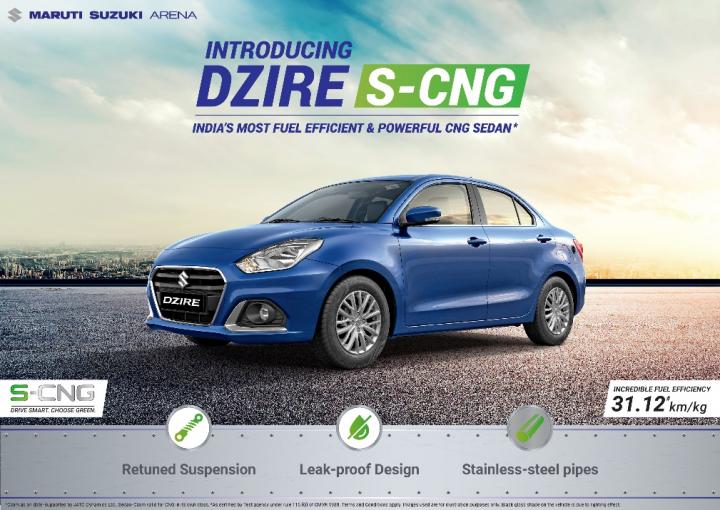 The Maruti Dzire S-CNG competes with the Tata Tigor iCNG in the Indian market.

Maruti Suzuki has announced the launch of the Dzire S-CNG. The car is available in two variants: VXI and ZXI, priced at Rs. 8.14 lakh and Rs. 8.82 lakh (ex-showroom), respectively.

According to Maruti Suzuki, the Dzire S-CNG’s powertrain and suspension has been specially tuned. It comes with dual interdependent ECUs. The car comes equipped with a 5-speed manual transmission and is said to deliver a mileage of 31.12 km/kg.

The Maruti Dzire S-CNG competes with the Tata Tigor iCNG in the Indian market.