Yeah, we’ve had super saloons before… but what about a super-limo? 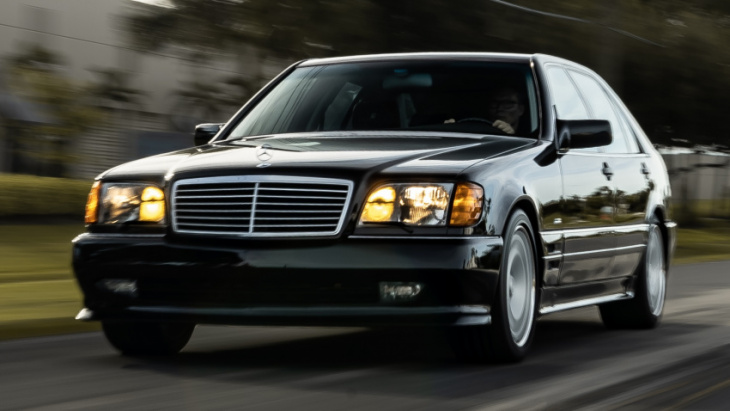 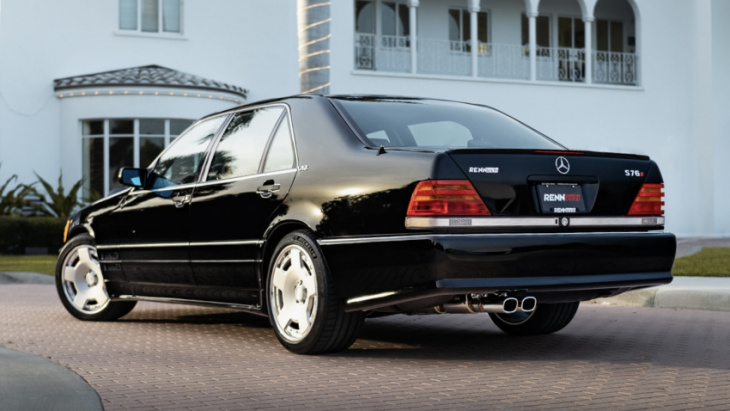 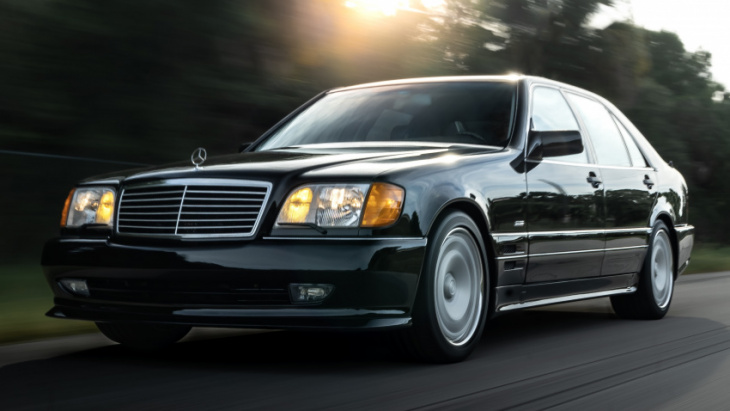 Numbers without context are generally meaningless. After all, what does 615 mean by itself? Is 600 better, worse or completely unrelated? And what about 76, 12 or indeed 7.6? It’s only when you add that last piece of the puzzle that relevance enters into the fray. And, in the case of Renntech’s S76R, reflexively raised eyebrows.

So, in context, we find the S76R is Renntech’s idea of what a modern W140 Mercedes 600SEL limousine could be. Which means it sports a 7.6-litre, naturally aspirated V12 (i.e. the part our eyebrows started arcing upwards), with some 615bhp and 703lb ft.

As ideas go, embiggening Mercedes’ 6.0-litre, 48-valve, four-cam V12 is one we can absolutely get on board with – especially when said enlargement also delivers 50 per cent more power in the process. We’re suckers for that kind of thing, after all.

But then this is Renntech. And it hasn’t rounded three decades in the business just by adding power. Can’t say it’s hurt the cause at all, of course, but there’s always been quite a bit more besides.

Not that it’s easily apparent – Renntech’s oeuvre leans toward understatement, particularly when you consider it operates in the aftermarket tuning world. There’s a simple reason for that – unless there’s a logical, beneficial and performance-enhancing reason to install or modify a mechanical part, Renntech has the good grace to leave well enough alone.

As Renntech’s CEO Hartmut Feyhl says: “To us, it’s not just adding on stuff that looks cool or better or different or whatever – everything has a purpose.”

The practical upshot of this methodology is that the S76R’s 19-inch wheels are essentially there to fit over massive carbon-ceramic brakes. The wheels are forged aluminium, to capitalise on the lower unsprung mass of carbon discs, as well as wider, which feels rather appropriate when there’s 700lb ft ready to vaporise regular rear tyres.

You’ll find this approach pretty much everywhere on the S76R. Lower suspension isn’t there to sniff around the edges of Yakuza-styled ‘VIP’ cars – it’s purely for improved handling, response and roll resistance. The full stainless-steel exhaust makes a tremendous note, but it’s there to capitalise on the huge reworking of the M120 V12.

As you’d expect from a 50 per cent power bump, the M120 underwent a laundry list of changes to get there. In short, however, there’s a running theme of ‘lightweight’, ‘titanium’, ‘custom’ and ‘performance’ throughout, to make the most of (and offset the extra stress from) the increased bore and stroke.

In case you’re curious, the M120 V12 found in the W140 S-Class actually formed the basis of AMG’s M297 V12, which found its way into the road-going CLK GTR, the rare-as-a-happy-newspaper-headline SL73 AMG and finally the Pagani Zonda. As to where the S76R’s V12 fits in the pecking order, it sees off the SL73 and nips at the heels of the CLK GTR. And the Pagani? Well, everything from the Zonda F Clubsport onwards has it on power, but the Renntech claims a moral victory with more torque.

Which is rather in line with both the S76R and the 600SEL it reimagines. As Fehyl says about his company’s newest (and possibly best ever) creation: “That’s the attraction – all the effortless power of a big V12.” And while you can measure that with numbers, they’ll never explain what it feels like in context.