The gas-powered Sprinter is also on the chopping block. 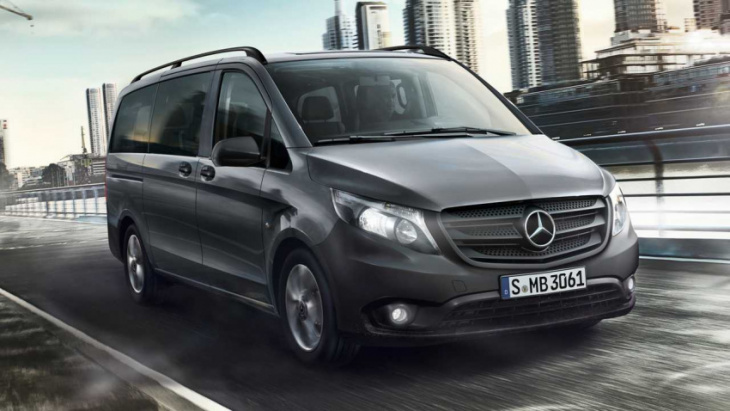 The Mercedes-Benz Metris will disappear from the company’s US lineup later next year. Production of the four-cylinder engine that powers it is ending, and it’s taking the low-selling van with it.

The Metris isn’t the only casualty of this decision, according to the new Automotive News report. The engine also powers the larger Sprinter van in the lineup, but the model won’t completely disappear here. Mercedes will continue to sell the diesel-powered Sprinter. The publication obtained the dealer memo that outlines the changes.

The memo allegedly says that Mercedes will discontinue offering the Metris and gas-powered Sprinter at the end of Q3 2023. It’s unclear if this affects the company’s contract with the US Postal Service to deliver thousands of vans to the government agency. AN’s source said that Mercedes plans to honor the agreement.

Motor1.com reached out to Mercedes-Benz to confirm the memo’s details. We will update the story if we hear back.

The Metris was never a strong seller in the US, with smaller competitors like the Ford Transit Connect racking up significantly more sales. Mercedes offers the Metris in other markets under the Vito nameplate.

The Metris first went on sale in the US in 2015. The midsize van received a minor update for 2021, pairing a new nine-speed gearbox to the turbocharged 2.0-liter four-cylinder engine that carried over. Mercedes offered the 208-horsepower (152-kilowatt) van in two wheelbases and with more equipment to broaden its appeal, but Mercedes is making changes as it prepares for its all-electric future.

The company is already working on the new all-electric eSprinter that it will build in the US. There aren’t many details available, but the company will offer three different battery options for the EV.

Consumers don’t flock to vans like they used to, picking crossovers and SUVs, but the vehicles continue to play an essential role for businesses, government agencies, and various commercial sectors that don’t need a pickup truck to haul things. They also make great camper vans, which have increased in popularity over the last few years.

Keyword: Mercedes To Discontinue Metris Van In US After Q3 2023: Report