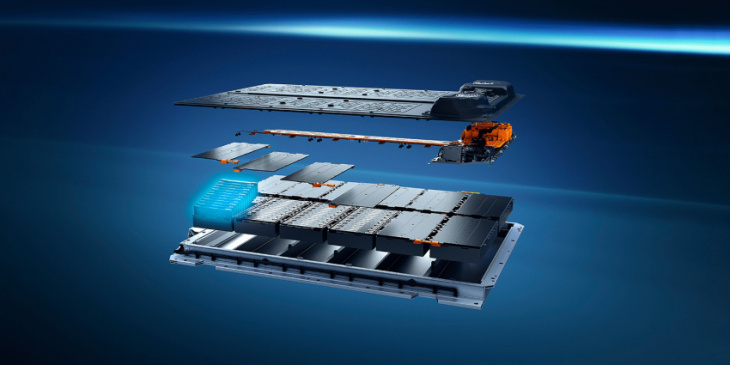 The Chinese battery cell manufacturer CATL will build another cell factory in Europe. The second location after Erfurt is Debrecen in Hungary. CATL already has an important customer on its hands: the cell factory is to supply the Mercedes-Benz vehicle plants in Germany and Hungary with batteries.

Hungary was already in the running when the decision was made for the first European location near Erfurt. For some time now, there have been repeated reports that CATL was looking for a second location in Eastern Europe – Poland, the Czech Republic, Slovakia or Hungary were specifically mentioned. In June there were rumours that CATL had already acquired a 200-hectare plot of land near Debrecen and had advertised the first jobs.

It has now been confirmed that CATL will build a plant there. According to the Chinese company, a plant with a planned annual capacity of 100 gigawatt-hours is to be built there. The ground-breaking ceremony is to take place this year. Over the years, CATL will invest 7.34 billion euros in the site. The new CATL factory in Hungary will produce battery cells and modules for European car manufacturers.

CATL itself says that the Debrecen plant is “close to the OEMs of Mercedes-Benz, BMW, Stellantis, Volkswagen and other customers”, which will help CATL better meet the needs of Europeans.

“There is no doubt that our plant in Debrecen will enable us to further sharpen our competitive edge, better respond to our European customers, and accelerate the transition to e-mobility in Europe,” said Robin Zeng, founder and chairman of CATL. “The greenfield project in Hungary will be a giant leap in CATL’s global expansion, and also an important step in our efforts to make an outstanding contribution to the green energy drive for humankind.”

Mercedes-Benz to be major customer for CATL plant

While the German publication Germany Trade & Invest wrote in June that it could be a challenge to find a customer in view of the numerous battery projects announced in Europe, CATL has already solved this problem: According to Mercedes-Benz itself, the new CATL plant in Debrecen will supply battery cells for European production sites in Germany and Hungary. Battery production in Europe strengthens Mercedes-Benz’s “local-for-local strategy”.

The Stuttgart-based carmaker already relies on battery cells from CATL on a large scale, for example in the EQS and EQE. However, since CATL does not currently manufacture cells in Europe, they are imported from China. “This new state-of-the art European CATL plant in Hungary is another milestone for the scale-up of our EV production together with our key partners. With CATL we have a technology-leader as our partner to provide us – as the first and biggest customer of the new plant’s initial capacity – with top-notch CO2 neutral battery cells for our next generation EVs in Europe, hence following our local-to-local approach in procurement,” says Markus Schäfer, Member of the Board of Management of Mercedes-Benz Group AG, Chief Technology Officer, responsible for Development & Purchasing.

How many cells Mercedes will buy from the new plant and what share this will have of the plant’s total capacity is not clear from the Mercedes announcement. The cell type is also not mentioned in more detail. Mercedes has so far only stated in general terms that the cells will be used in the next generation of electric vehicles in Europe.

Mercedes plans to build eight cell factories worldwide, four of them in Europe, for its own battery demand of 200 GWh by the end of the decade together with partners. Last September, Mercedes bought into the ACC battery joint venture between Saft and Stellantis. ACC is building three battery factories in Europe, in Douvrin, France, in Kaiserslautern and in Termoli, Italy. The new CATL factory in Hungary would give Mercedes four European battery plants.

Mercedes builds the majority of its electric models in Germany and Hungary: the EQC and EQE come off the production line in Bremen, the EQS in Sindelfingen, the EQA in Rastatt and the EQB in Kecskemét, Hungary. Currently, of the models available in Europe, only the EQV (Spain) and EQS SUV (Tuscaloosa, USA) are built in other countries.

CATL itself announced that it is discussing the possibility of setting up a battery materials factory in Hungary with local partners to promote recycling and the sustainable development of the battery value chain. Other companies also want to produce battery precursors in Hungary. The South Korean battery materials manufacturer EcoPro BM had announced in December that it would also manufacture over 100,000 tonnes of cathode materials in Debrecen in the future. The Japanese chemical company Toray and LG Chem had announced a factory for battery separator foils in Hungary in November. The Korean battery cell manufacturer SK On is already building and operating battery plants in Hungary.

Keyword: CATL to build battery factory in Hungary – with Mercedes as major customer