Better known for putting big power under the bonnet of AMG’s maddest creations, Brabus has made the EQS more… efficient? 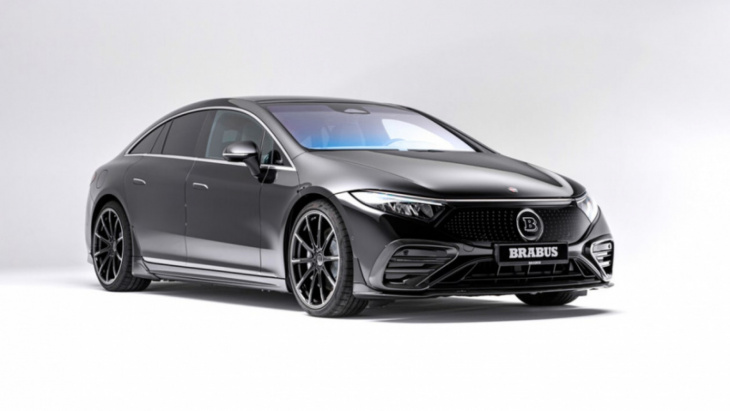 Mercedes-Benz tuner Brabus has revealed its first set of upgrades for the flagship EQS saloon. Generally speaking, Brabus usually gets its hands on most Mercedes products, and its electric products are no different, but in a change for its usually performance-oriented upgrades, Brabus is claiming that its upgrades don’t make the EQS any faster, but instead make it more efficient.

That’s because some of the new carbonfibre design elements available around the front and rear bumpers, side skirts and bootlid all work in conjunction with a 22-inch monoblock wheel design to reduce lift, and improve the car’s overall Cd value of drag by 7.2 per cent. This might not initially sound like that big of a difference, but the EQS’s 0.20 coefficient of drag is the best of any production car on sale – an impressive achievement considering the EQS’s considerable mass and frontal area.

The new elements work in conjunction with a bespoke module for the airmatic air suspension system which is able to lower the car up to 15mm on the front axle and up to 25mm on the rear, further reducing aerodynamic drag while also lowering the centre of gravity. 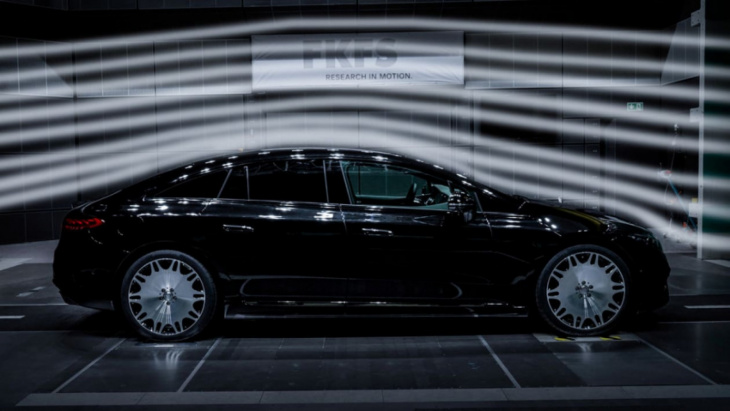 Brabus has only confirmed that their V297 package upgrades are available for the mid-level EQS450 and not the more powerful 580, but we expect the availability of all these elements to spread across the range.

Brabus has not played around with the electric powertrain though, something that it’s so far hesitated to do on any EV, whether that be the Mercedes EQC SUV or the Porsche Taycan that it also offers upgrades on.

While the theory of upgrading an electric powertrain is something that should be easy enough to achieve, the complex software packages that manufacturers like Mercedes are wrapping their hardware in has proven to be tricky for tuners like Brabus to access.

So the role of Brabus and its penchant for creating four-figure horsepower saloons might be numbered, unless it figures out a way of getting past Merc’s firewalls. Until then, a Brabus EQS will be the most efficient one you can buy.