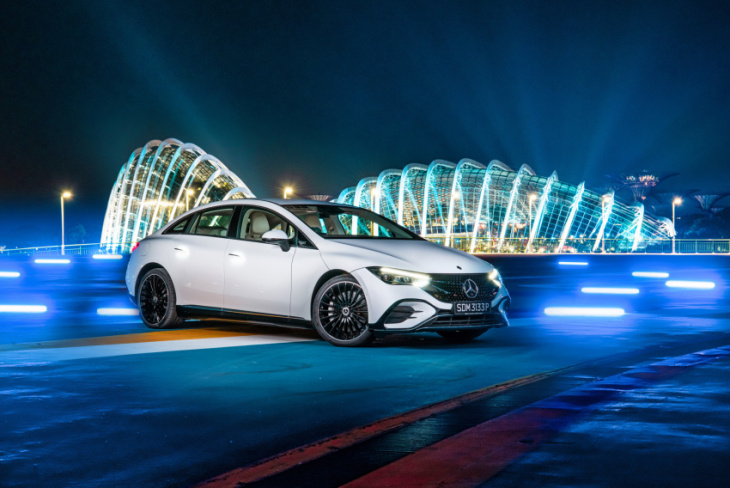 Mercedes gave members of the press a sneak peek at the new EQE earlier in the year. And it’s now time for the German marque to officially launch the car.

Built on the same platform as the EQS, the cars’ spec sheets and options list show a high degree of commonality. Visually, they also utilise the same sporty ‘purpose design’, with all the characteristic Mercedes-EQ elements, such as one-bow lines and the cab-forward design.

In fact, the car is only about 90 millimetres shorter than the EQS, with overall external dimensions similar to that of the current CLS. This also translates into superior interior space as compared to the present E-Class.But clever packaging isn’t the only key innovation in this new electrified E-Class for the New Age. Germanic smarts have also been poured into the drivetrain, allowing for unparalleled performance and efficiency figures, especially in its class.Combined, the electric motors have an output of 292 hp and 565 Nm of torque. The century sprint is done in just 6.4 seconds, so this luxury car is no slouch that’s for sure. This performance is the result of its 6-phase permanently excited synchronous motor in the rear axle, which is significantly more powerful than existing powertrain solutions on the market. The system is also able to regulate torque output to each individual axle up to 10,000 times per minute.

Power is drawn from a battery pack with a usable energy content of 90 kWh, and you can expect a range of up to 660 kilometres on a single charge. It also supports DC fast charging at up to 170 kW, allowing you to add up to 250 kilometres of range in just 15 minutes.The EQE is available with rear-axle steering as an option. Two versions are available, with a steering angle of up to 4.5 degrees and up to 10 degrees respectively. The turning circle is reduced from 12.5 to up to 10.7 metres with 10° rear-axle steering. 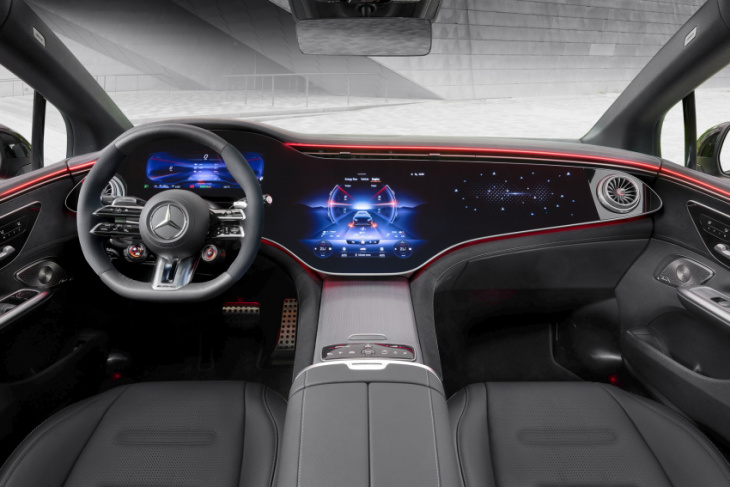 Highlights in the cabin include the optional MBUX Hyperscreen, which utilises multiple displays merged seamlessly to create an impressive curved screen band that spans the width of the cabin. Maintenance of this panel has been made easy as the curved glass itself consists of particularly scratch-resistant aluminium silicate.Mercedes has also included a HEPA filter as part of the optional ENERGIZING AIR CONTROL Plus package that cleans the incoming outside air at its very high filtration level – up to 99.75% of particles are separated out, and around 600 grams of activated charcoal are used to neutralise odours. 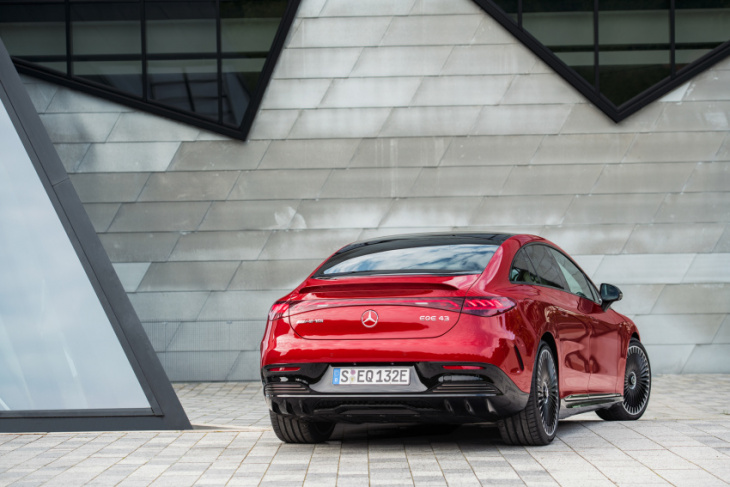 The EQE is also one of the first vehicles to be built with steel from Salzgitter AG, which is 100 percent recycled. This reduces the CO2 emissions in rolled steel production by more than 60 percent.

For those seeking even more performance, Mercedes has also unveiled an EQE 43 variant. It has 476 hp and 858 Nm of torque, and will do 0-100km/h in just 4.2 seconds. Do stay tuned for our follow-up article where we compare the technical differences between the EQE 350+ and the EQE 43!

Download the new Motorist App now. Designed by drivers for drivers, this all-in-one app lets you receive the latest traffic updates, gives you access to live traffic cameras, and helps you manage LTA and vehicle matters.