The new C 63 premieres in sedan and wagon form on September 21. 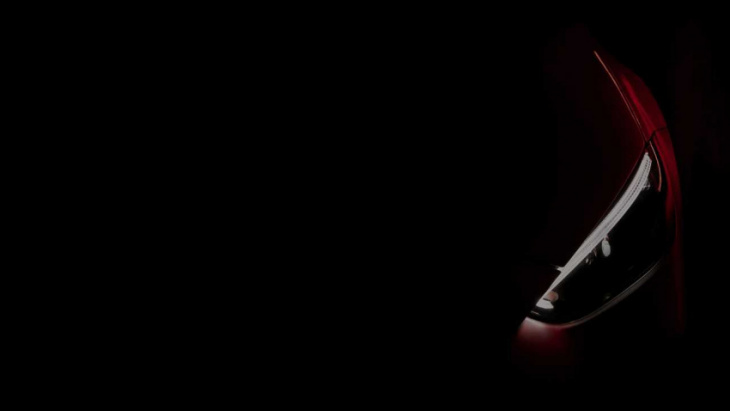 The new Mercedes-AMG C 63 S E Performance will debut Wednesday, September 21, at 4:00 PM CEST. Before the grand unveiling, the brand has one last teaser. Unfortunately, the shadowy image shows even less than the last preview. This time, there’s just a glimpse of a headlight’s edge.

Mercedes claims that the new C 63 S tops the existing model in power and torque thanks to using motorsport-derived hybrid tech. For reference, the current version makes 503 horsepower (375 kilowatts) and 516 pound-feet (700 Newton-meters) from a 4.0-liter twin-turbo V8.

A report from May 2022 suggests the new C 63 S adopts a version of the turbocharged 2.0-liter four-cylinder engine from the A 45. Plus, an electric motor would power the rear axle. This setup’s total combined output is allegedly 670 hp (500 kW) and 553 lb-ft (750 Nm). According to this rumor, the gearbox is a nine-speed automatic with a torque converter. Where the current model is rear-wheel drive, this one would come standard with power going to every corner.

To power the hybrid system, the C 63 S allegedly has a 6.1-kilowatt-hour battery. Owners can plug it in to recharge the pack.

One of the big questions prior to the new sport sedan’s premiere is how much it weighs. The four-cylinder powerplant should shed some pounds versus the outgoing V8. But, the electric motor and battery pack might offset any savings from the smaller engine.

Mercedes confirms that the sedan and wagon variants of the C 63 S E Performance debut on September 21. There won’t be a coupe or convertible for the new model. Instead, the upcoming CLE-Class will take over that role, in addition to replacing these body styles of the E-Class.

Following the premiere of the C 63 S E Performance, expect deliveries to begin in 2023. Later, look for less-powerful, AMG-branded C-Class offerings to join the lineup, like the C 43 from the current range.

Russell left bewildered by Q2 exit in Singapore Fuel misunderstanding behind Verstappen’s qualifying malaise Lewis Hamilton has been cleared by the FIA following an investigation into a nose piercing he had at the Singapore Grand Prix weekend. However, his Mercedes team has been fined €25,000 for filing a false ...

1. Quick acceleration 2. Quiet cabin and interior 3. Comfortable ride quality 4. Maneuverability and agility 5. The comfort of the front seat 6. Fit and finish quality 7. No emissions Mercedes-Benz is making no qualms about ringing in a new era of electric vehicles with its latest EV ...

Leclerc claims ninth pole of season, Verstappen only eighth F1 2022 Singapore Grand Prix: Qualifying Results The Mercedes Formula 1 team has been called to see the stewards in Singapore due to an “inaccurate self scrutineering form”. After the final practice session on Saturday, Mercedes’ driver Lewis Hamilton was summoned ...