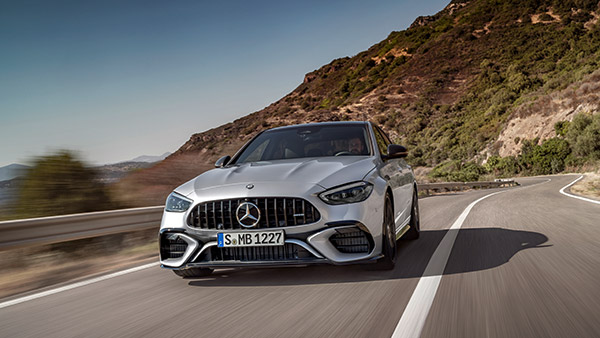 Yes, what we wrote earlier was not a joke, the iconic AMG flagship of the C Series from Mercedes has ditched the V8 engine for a four-cylinder hybrid. However, the hybrid setup is no slouch when it comes to numbers which we hope can make up for the loss of the rumbly V8 soundtrack. 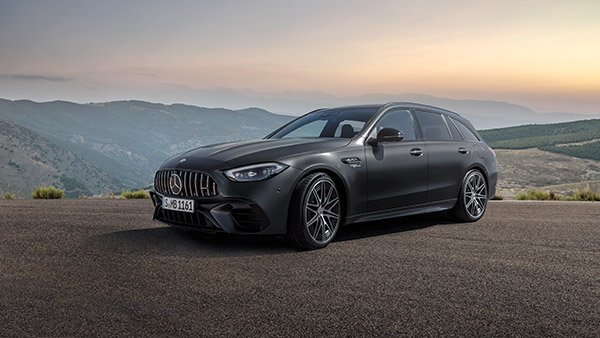 The new C 63 S E Performance sports F1 tech and its 2.0-litre turbocharged engine sports an electric turbocharger that produces 469bhp at 6,750rpm and 545Nm of peak torque between 5,250 and 5,500rpm. This makes the C 63 S E Performance’s engine the most powerful four-cylinder unit in the world today. The engine is paired with a 9-speed automatic gearbox. 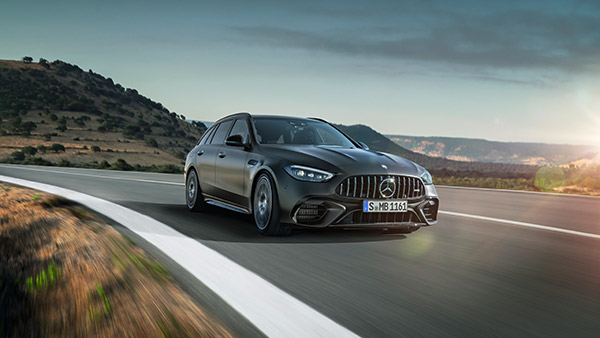 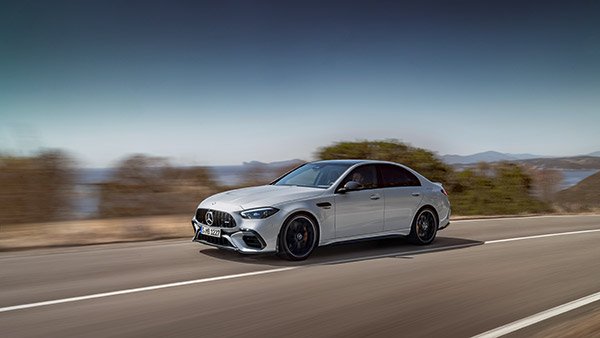 Mercedes-AMG states that the combined output of the new C 63 S E Performance is 671bhp and 1,020Nm of peak torque which along with the clever all-wheel drive system propels the performance sedan from 0-100km/h in just 3.4 seconds and onwards to a limited top speed of 250km/h. Owners can raise the top speed of the C 63 S E Performance to 270km/h for the estate version while the sedan’s top speed with the limiter lifted is to 280km/h. 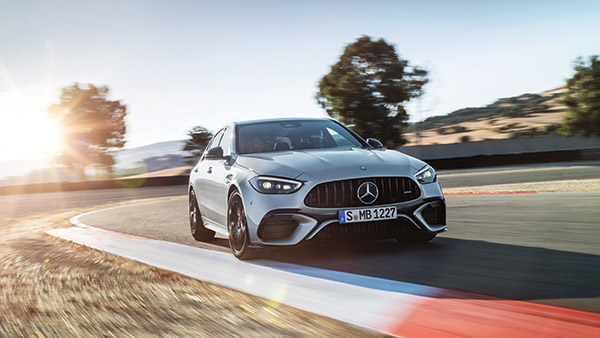 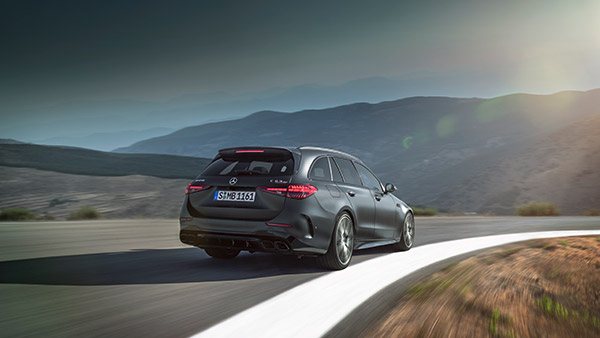 The C 63 S E Performance also sports 5 different battery recuperation modes – 4 regular modes (Level 0 to Level 3) that go from no recuperation to one-pedal driving in electric mode. The 5th mode is only offered in race mode and sets the regen to Level 1 to help the driver extract the maximum braking performance from any braking action. 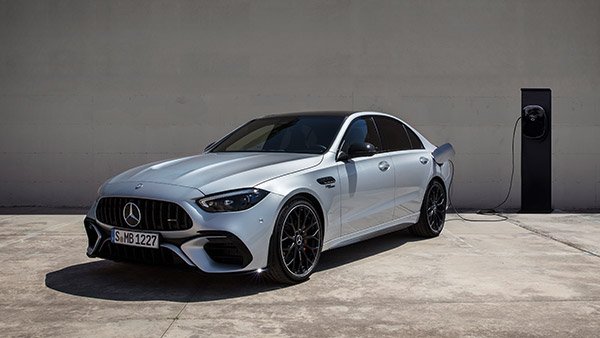 Mercedes-AMG has ensured that the new C 63 S E Performance does not look like a bog standard diesel C-Class. The front end is slightly longer than the standard C-Class (the AMG model is 83mm longer) as it needs the space for a more powerful cooling system. 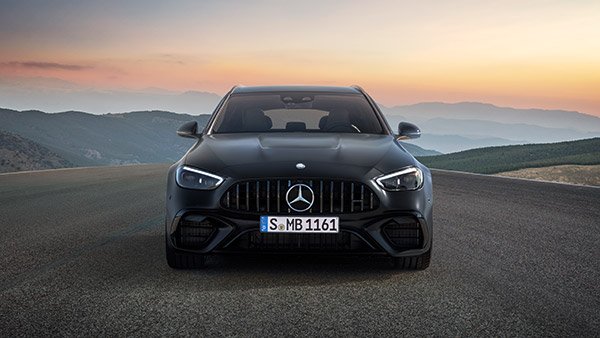 Adding in the aero kit adds an extended front splitter and there are larger air intakes at the front. The new C 63 S E Performance is the first car from Merc’s performance brand to feature the AMG logo on the edge of the front end. The bonnet features a power bulge and a central air vent. 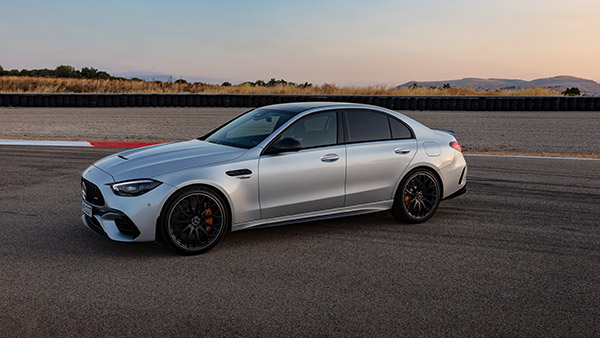 Looking at the Mercedes-AMG C 63 S E Performance from the side, the performance sedan rides lower than the standard C-Class and the side skirts are more pronounced as well. The flared wheel arches house the standard 19-inch alloy wheels though owners can opt for 20-inch wheels. 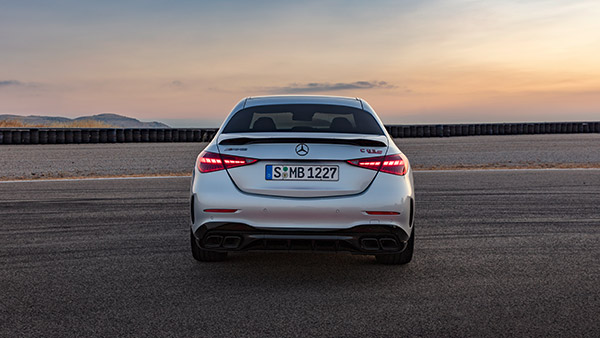 The rear end of the new C 63 S E Performance sports quad tailpipes and a diffuser with the sedan sporting a boot lip spoiler and the estate making do with a roof-mounted unit. 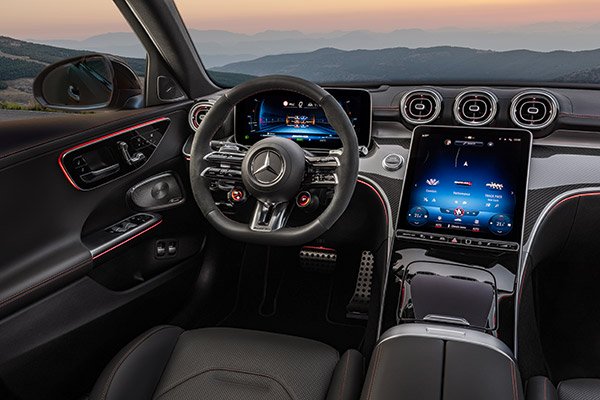 The interiors are mostly similar to the regular C-Class with the horizontally mounted driver’s display and a vertically mounted central infotainment display. The C 63 S E Performance sports an AMG steering mode with dials for the drive modes along with new AMG bucket seats and an AMG shortcut button on the infotainment screen. 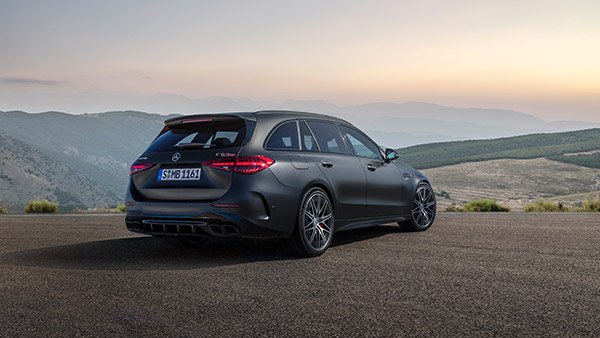 The Mercedes-AMG C 63 S E Performance may have ditched the V8 but it brings with a bootload of power thanks to some help from the carmaker’s F1 division. Is the nearly 170bhp increase worth the loss of the V8 soundtrack? Only time will tell.

Mercedes team principal Toto Wolff says any breach of the Formula 1 cost cap in the first year it was enforced has ramifications for three seasons’ worth of developments. The FIA is understood to have received the final teams’ accounts for 2021 and is expected to announce that two ...