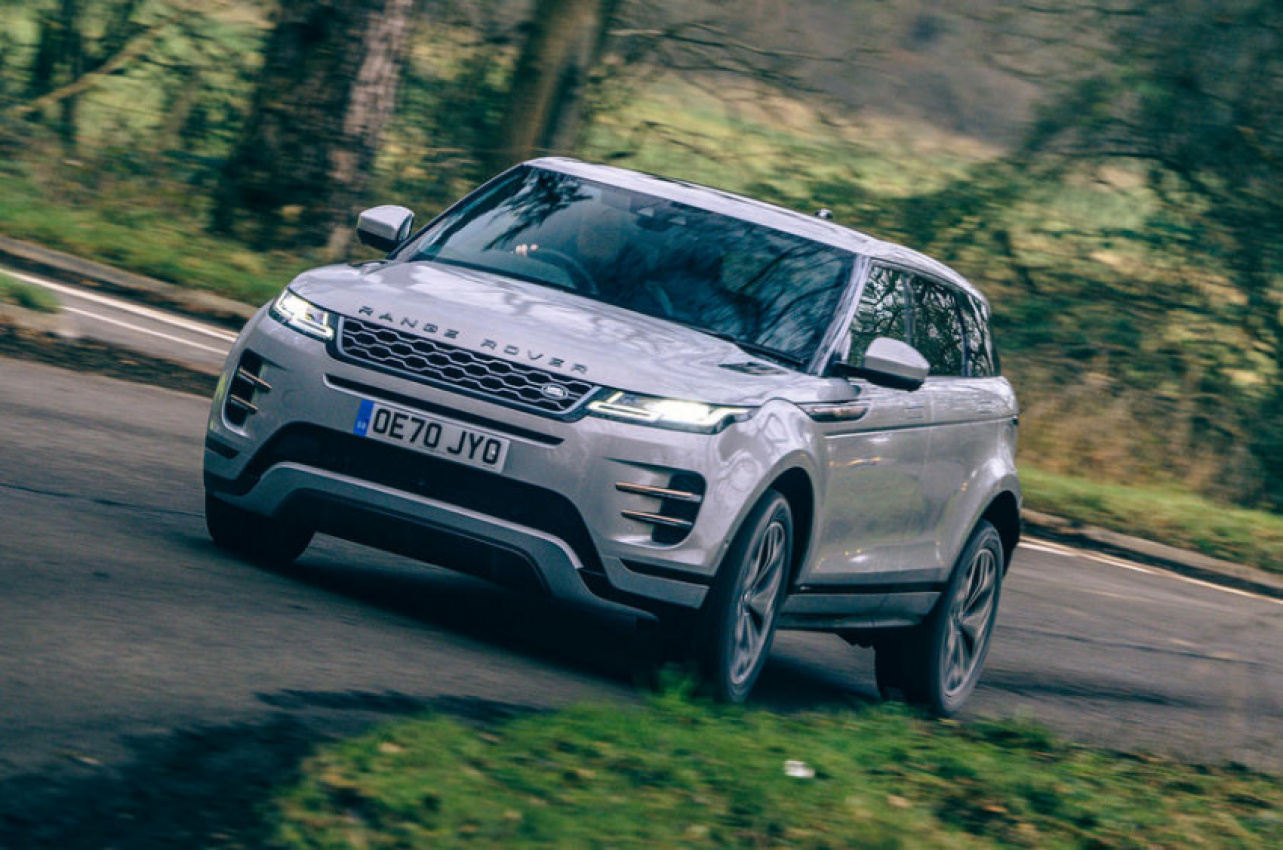 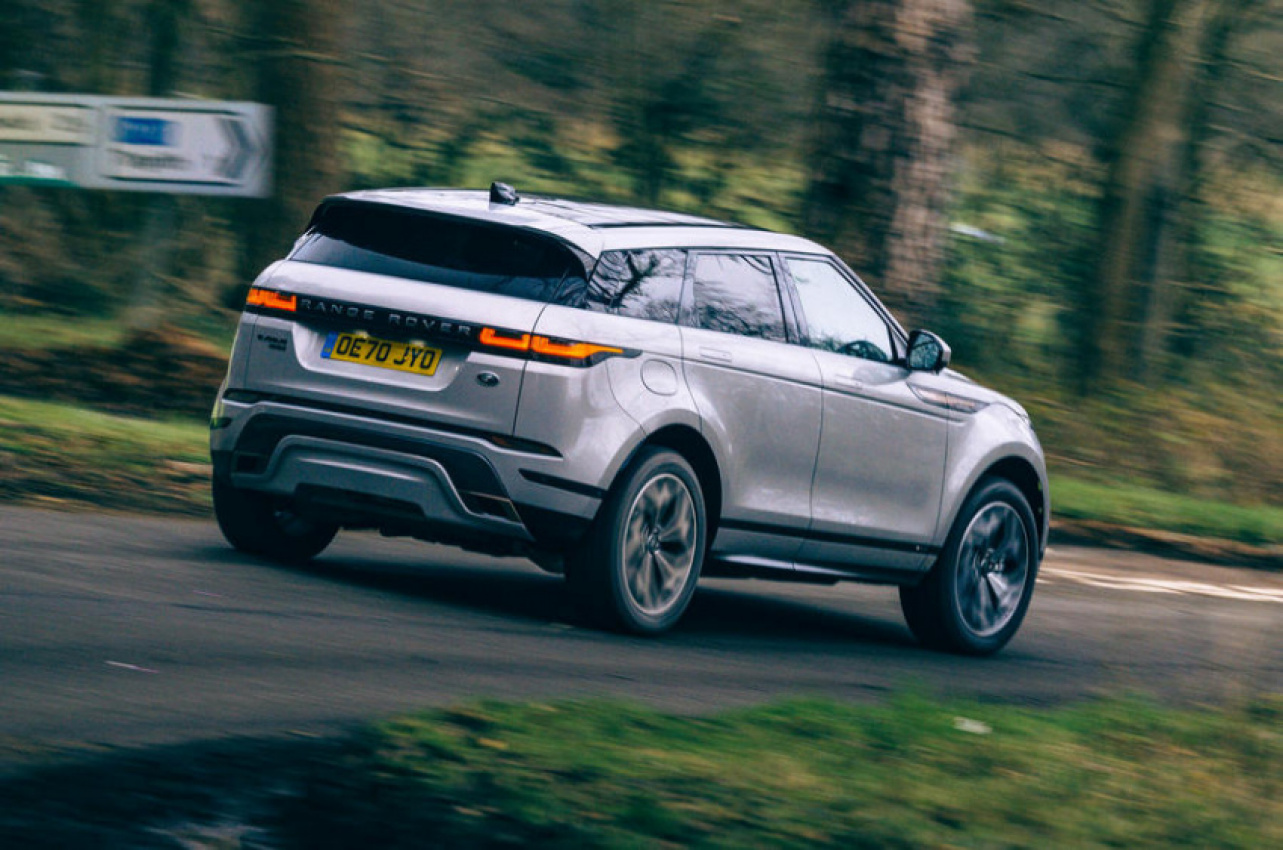 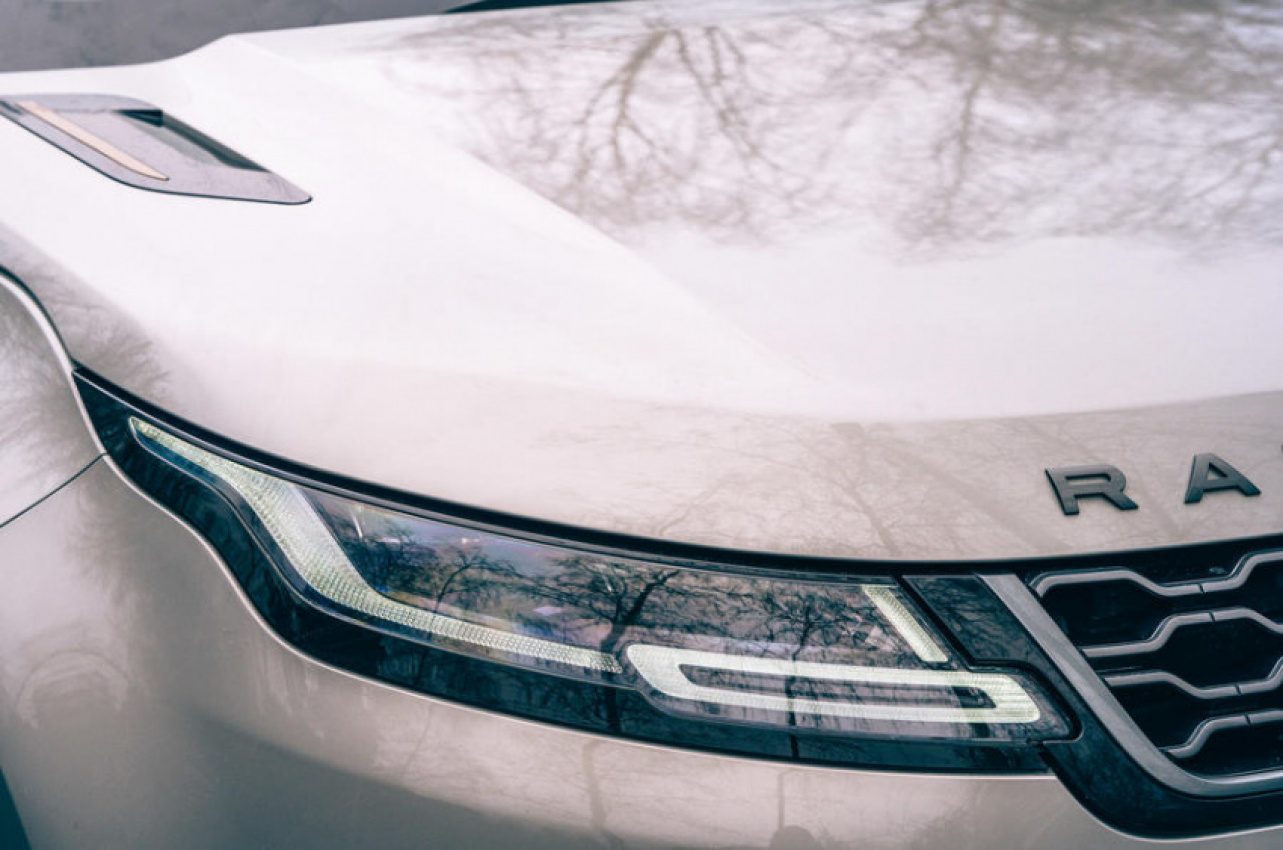 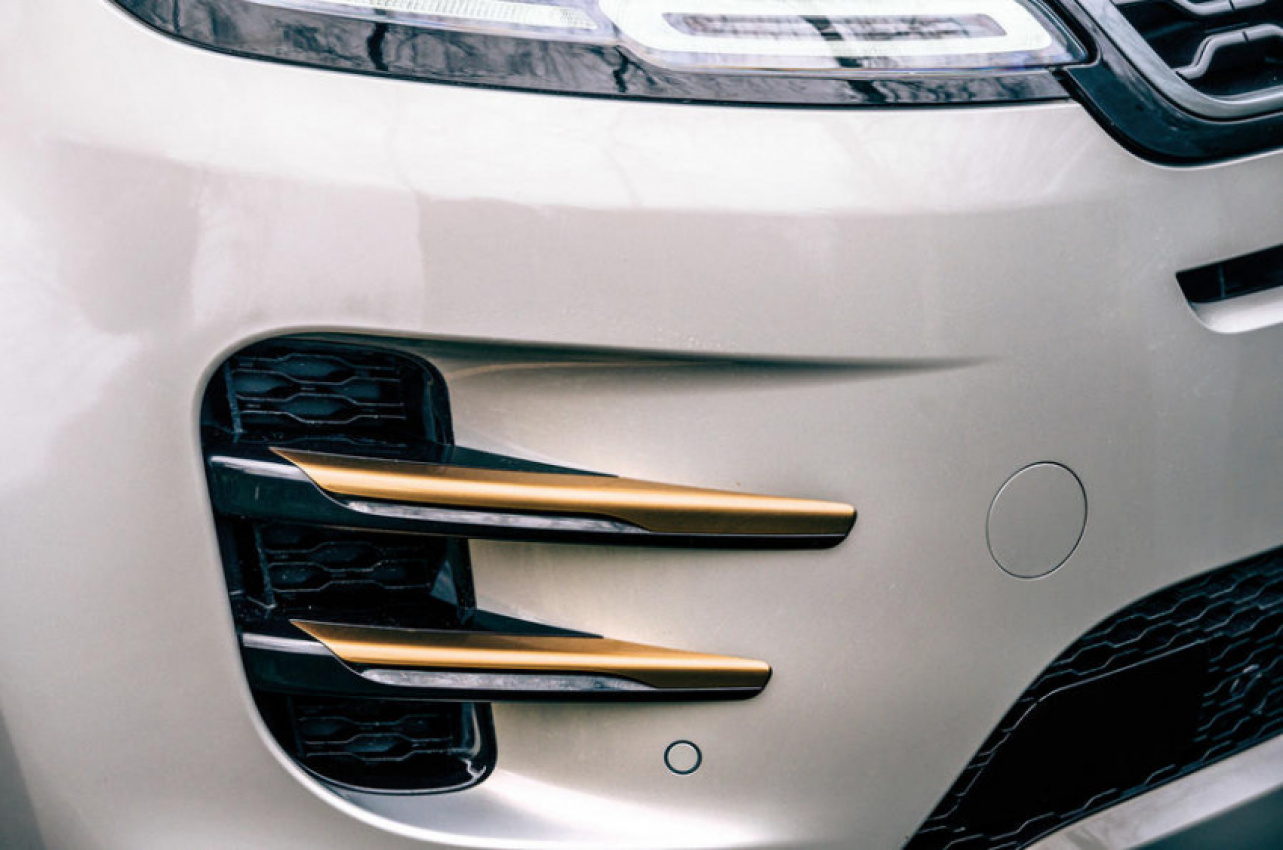 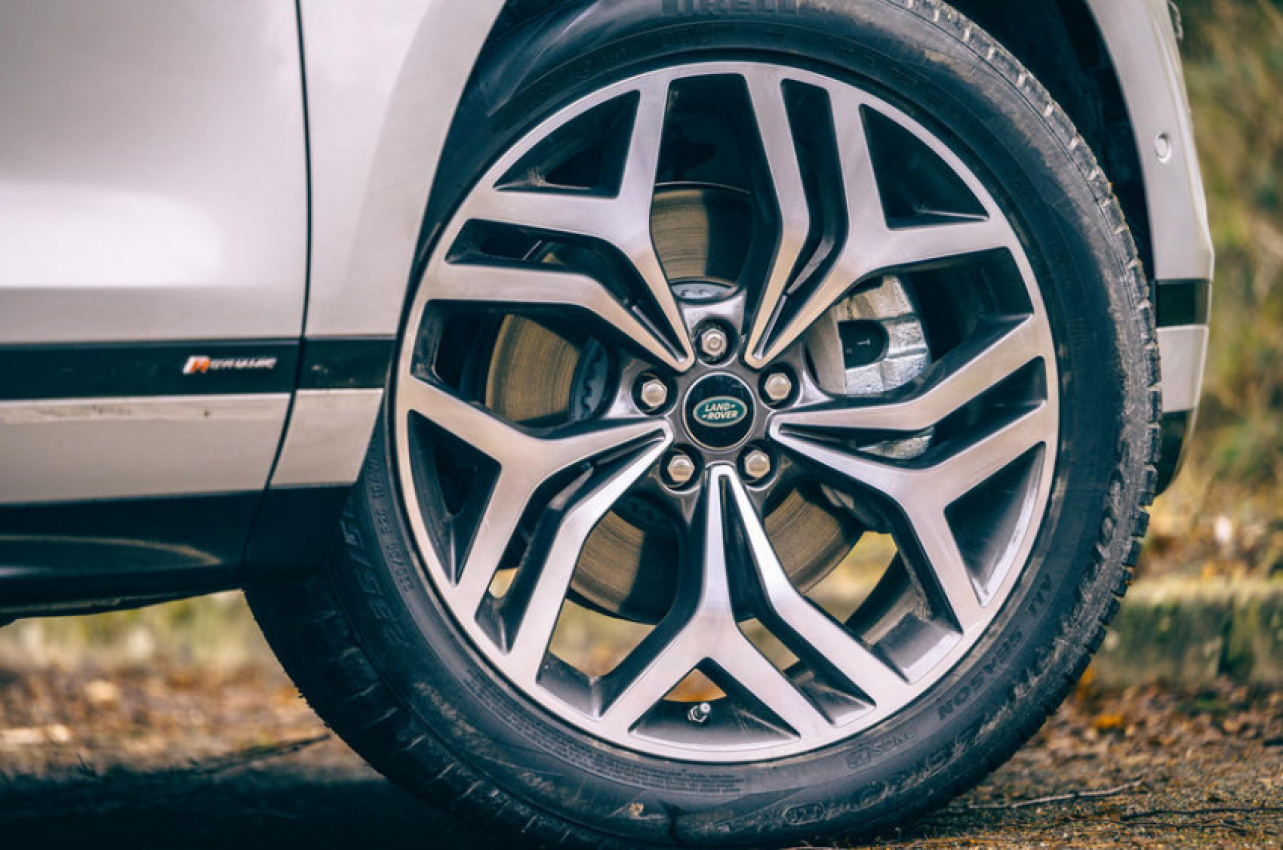 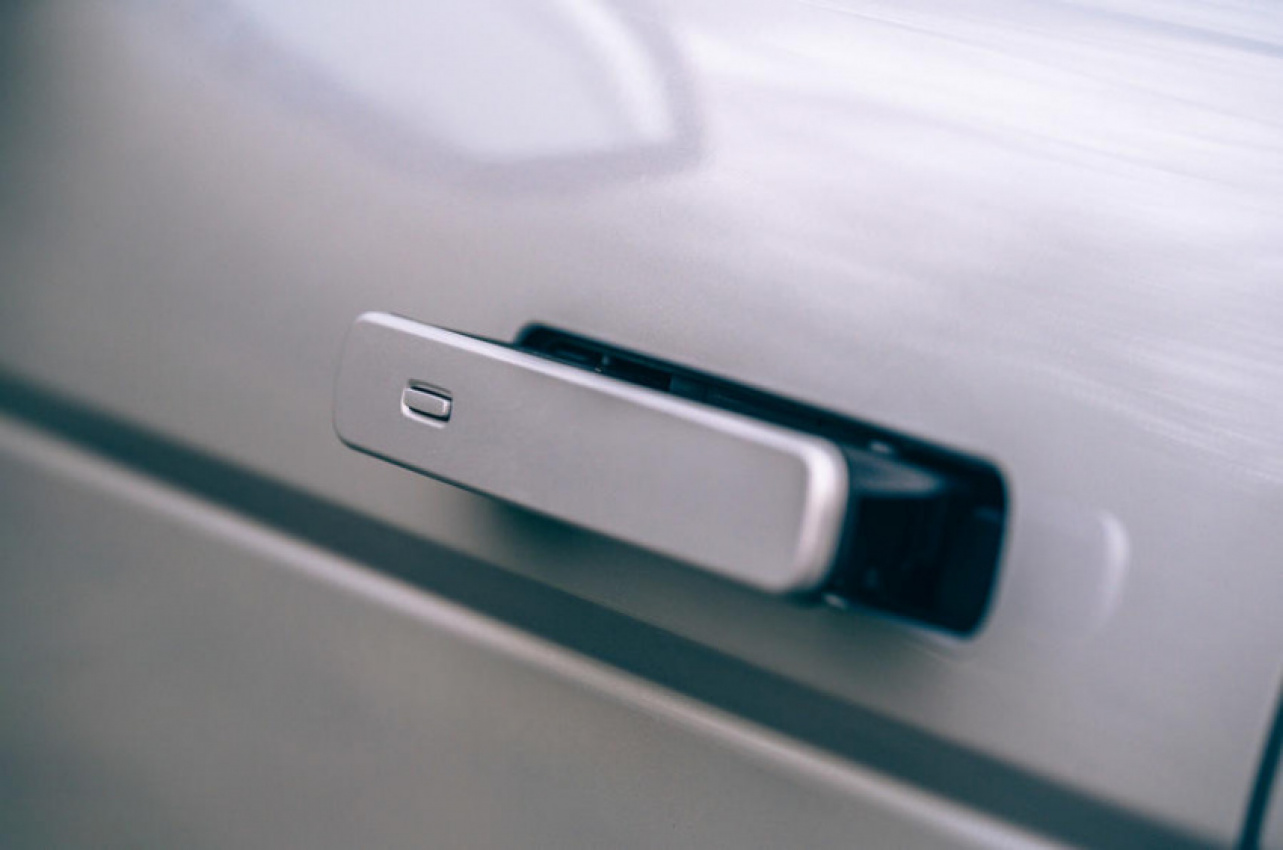 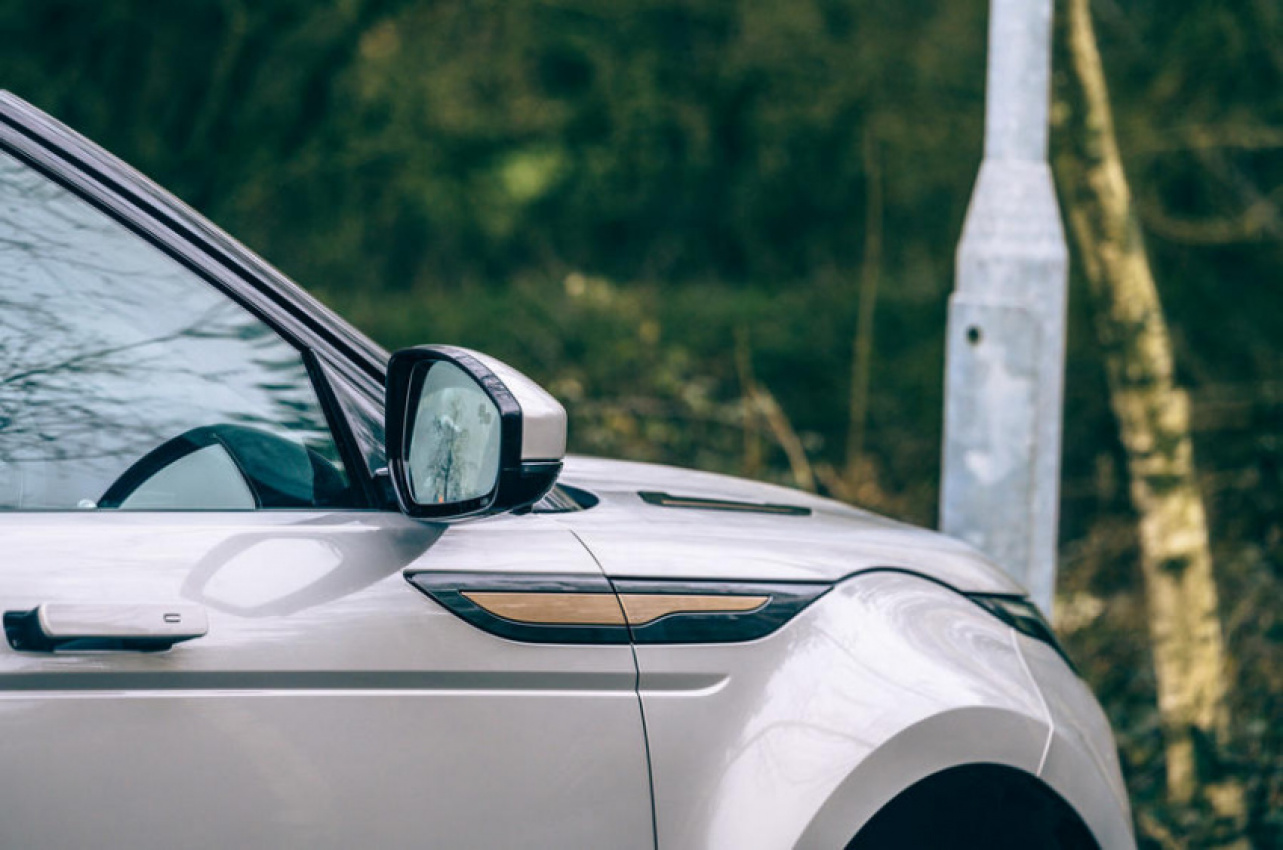 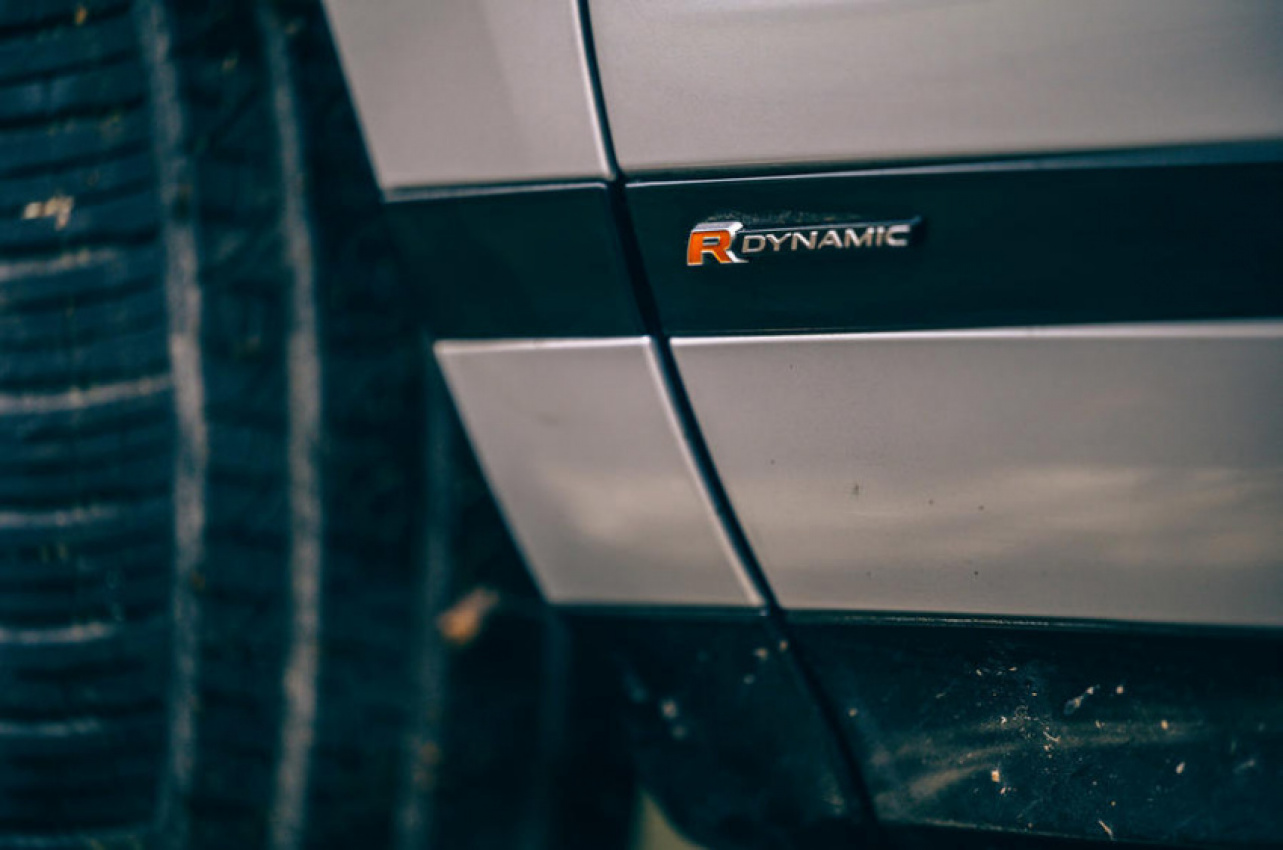 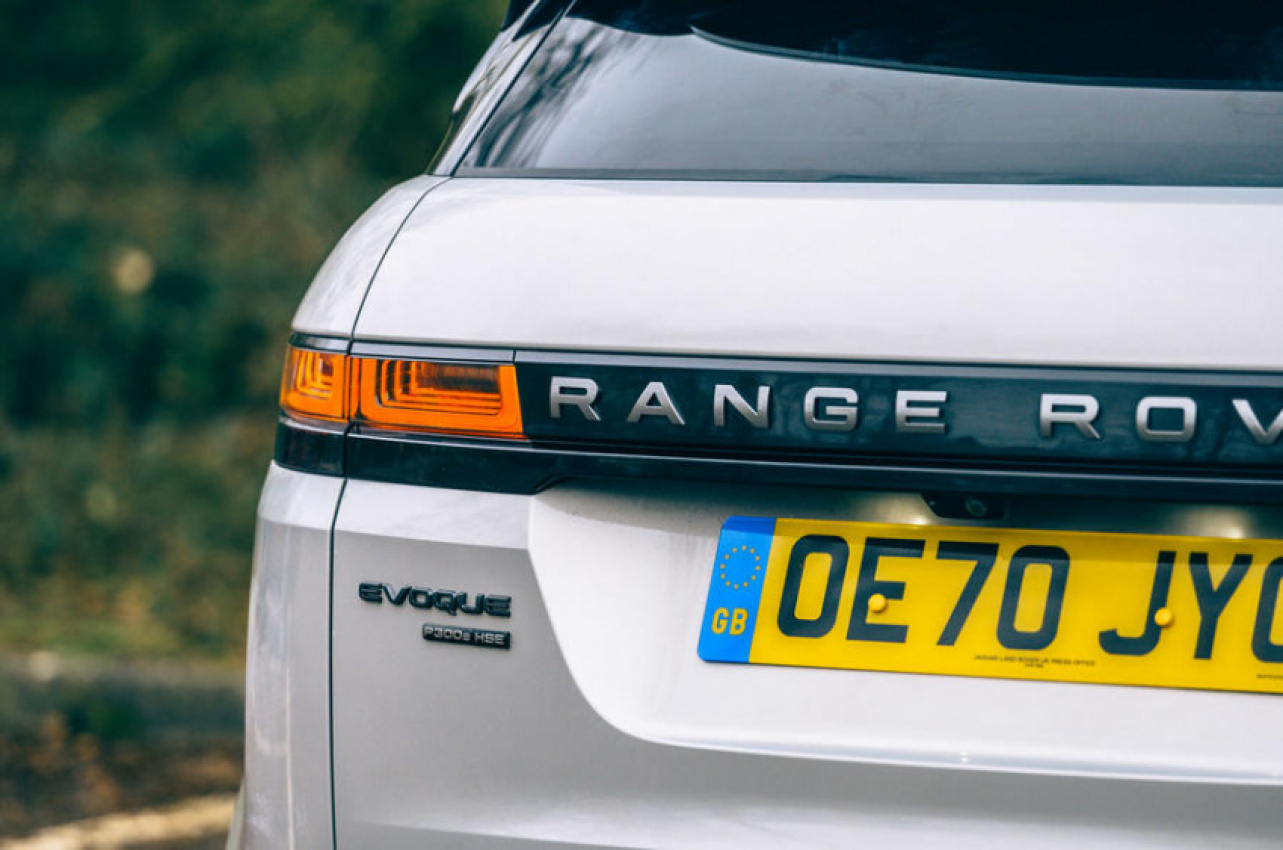 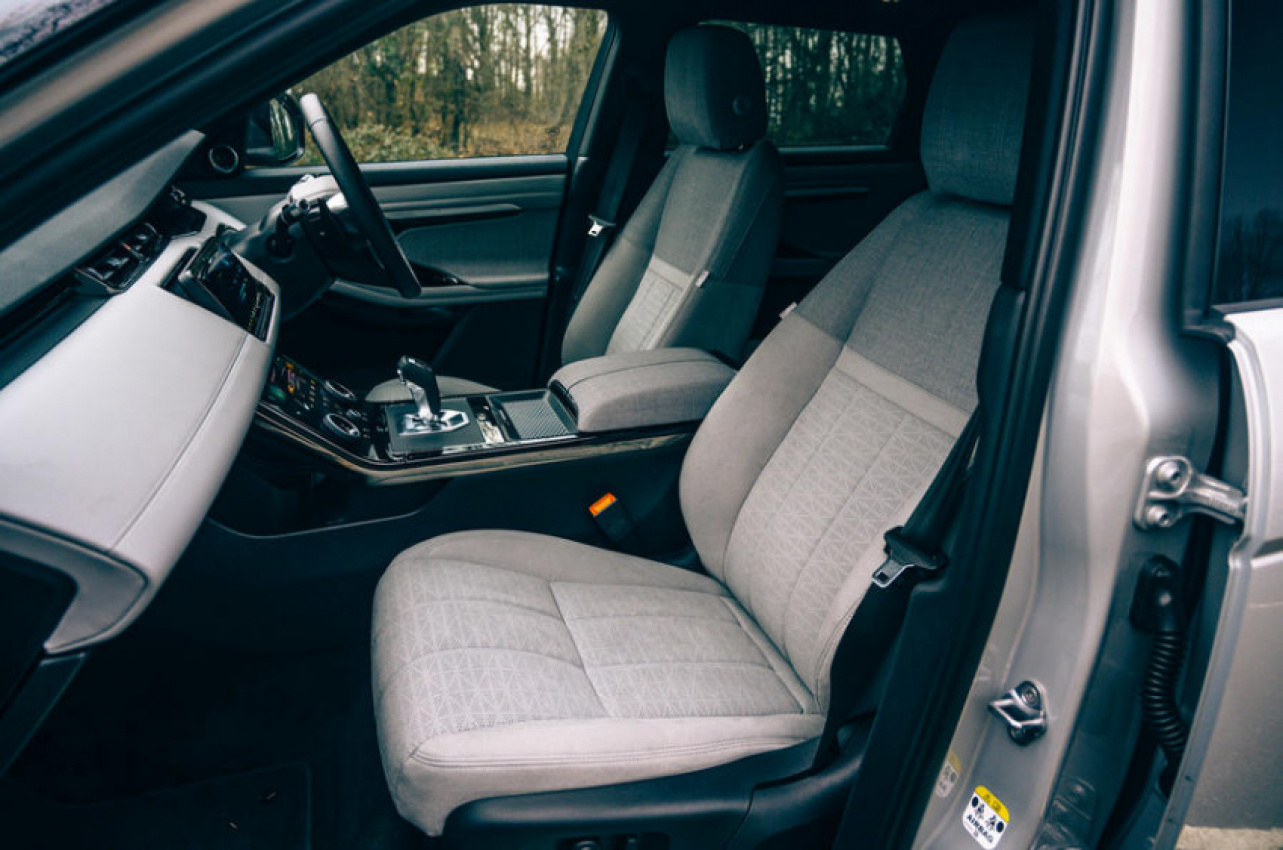 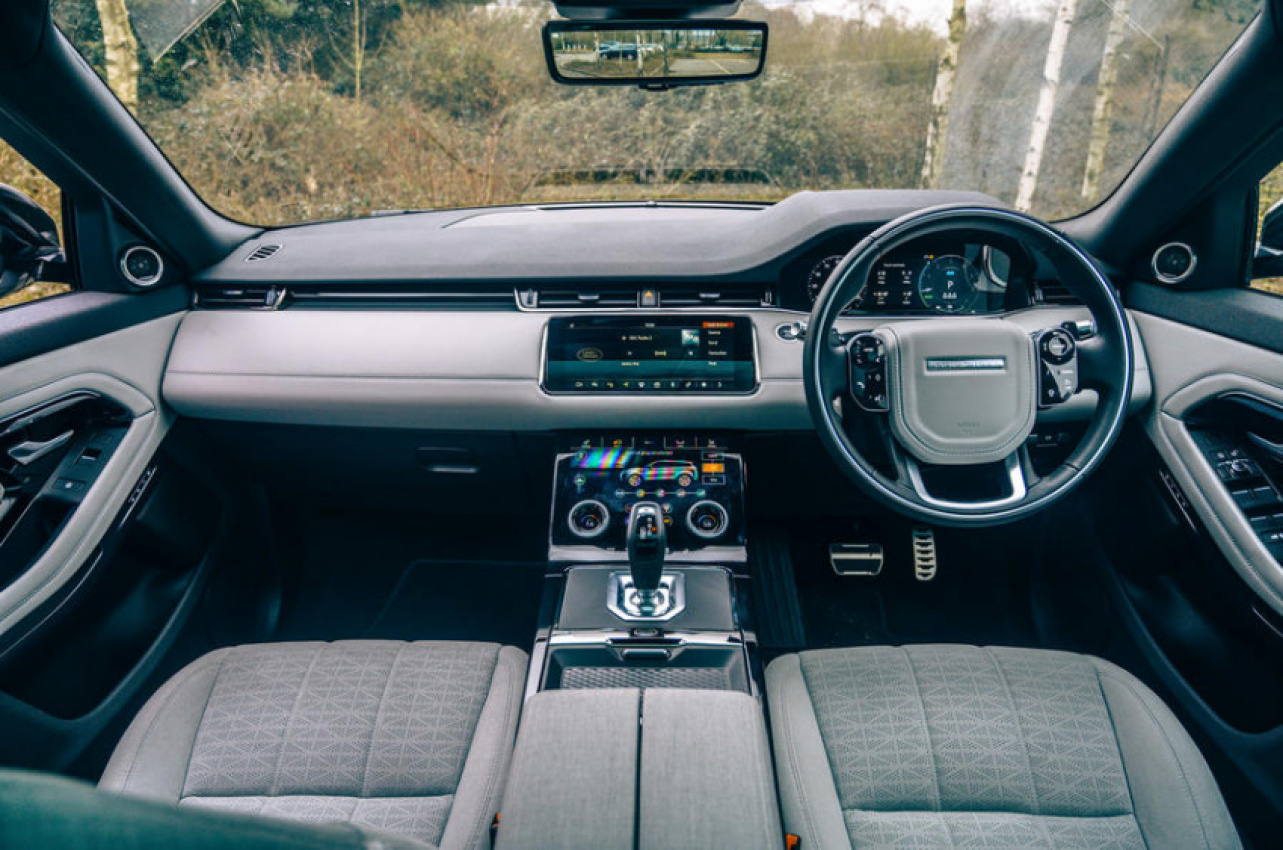 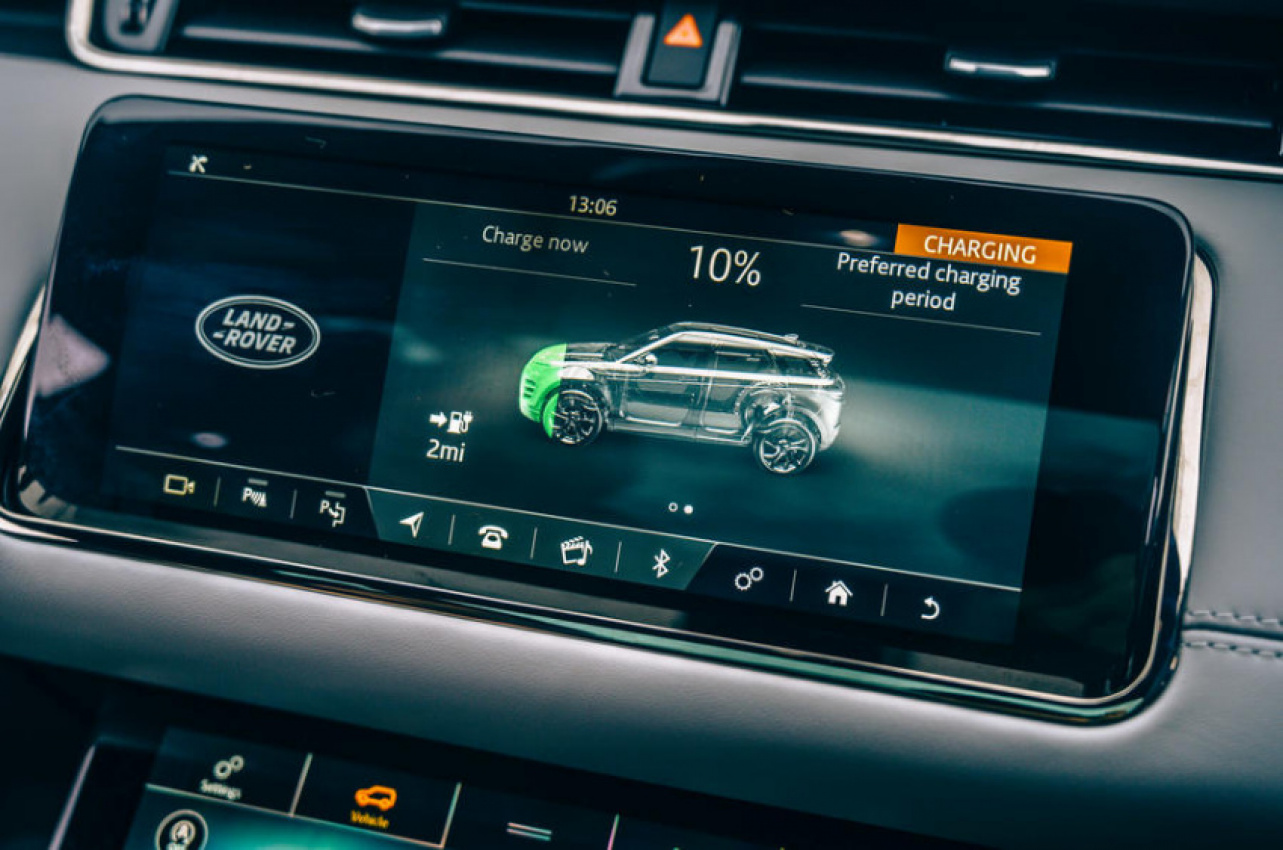 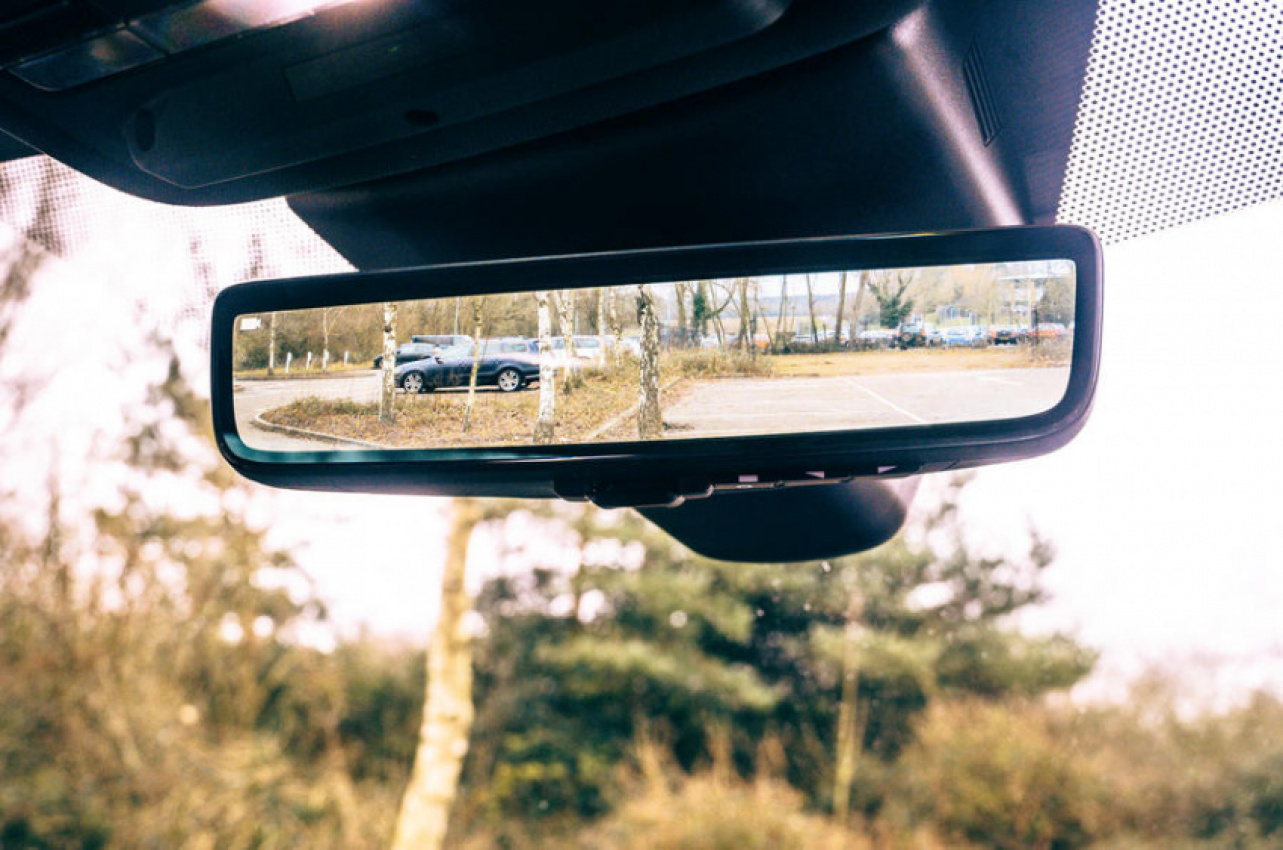 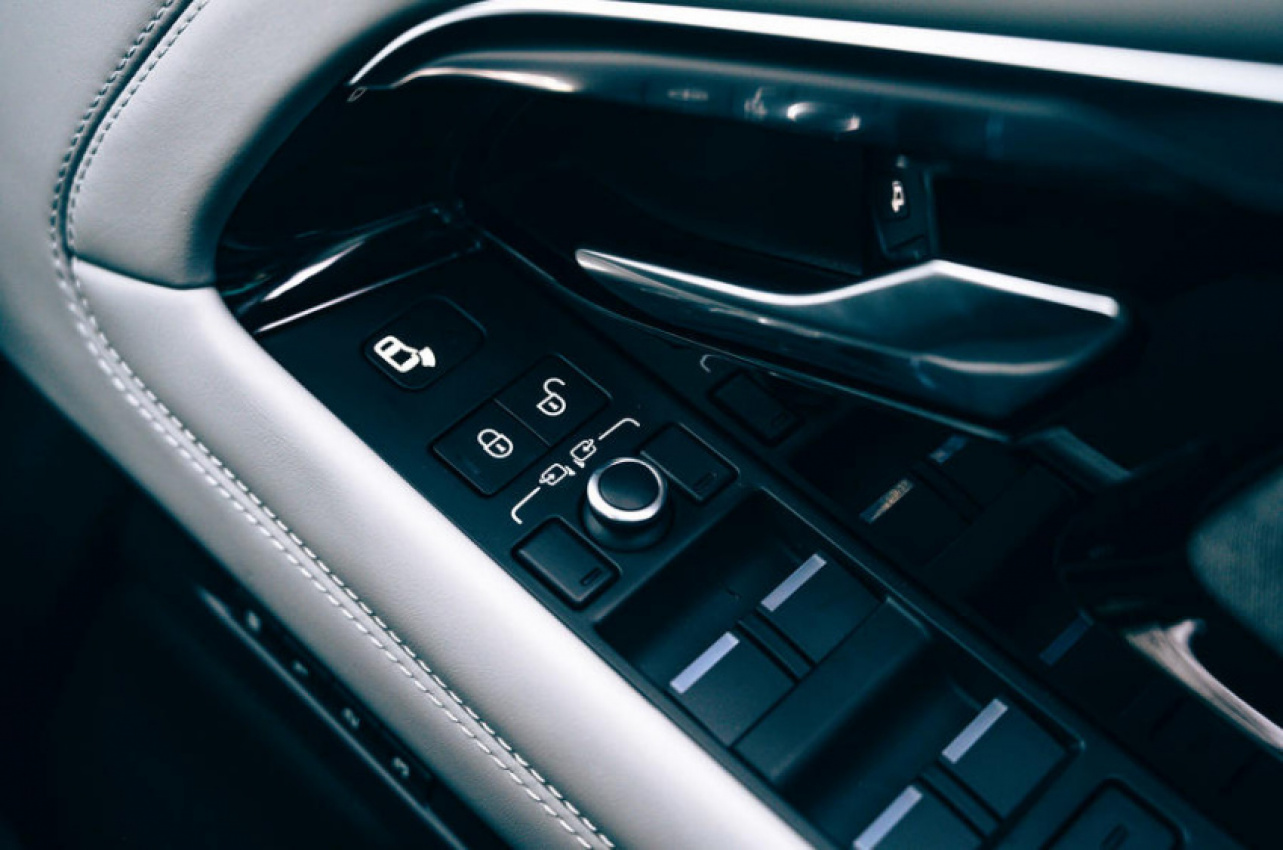 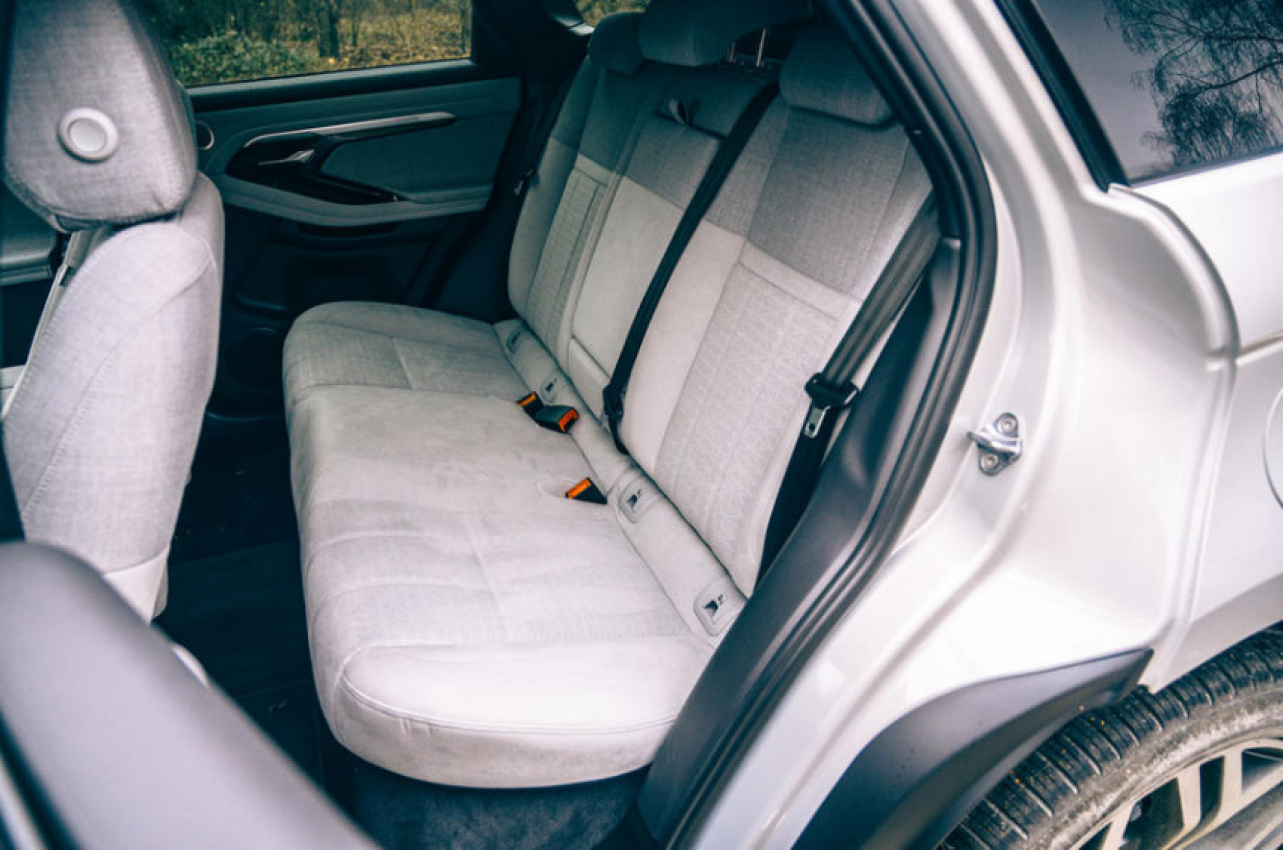 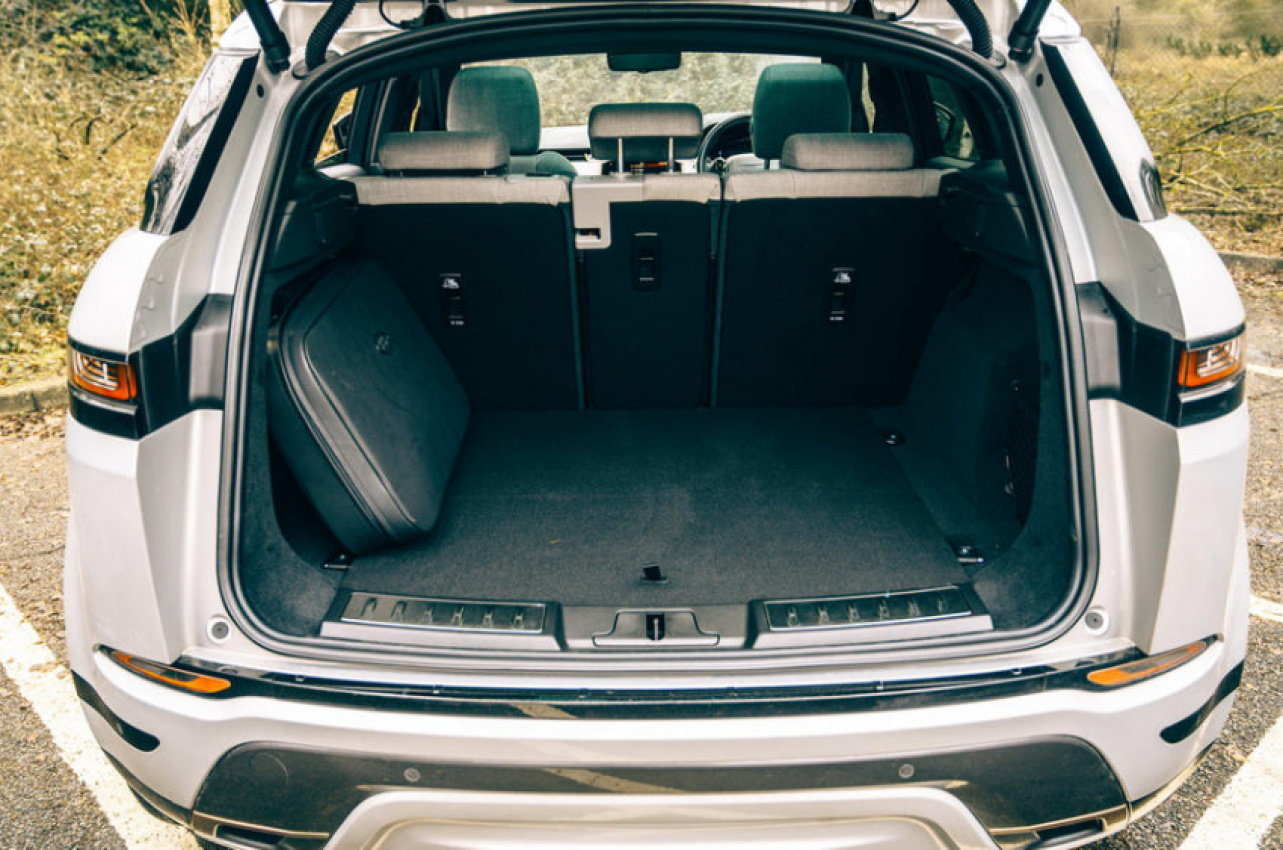 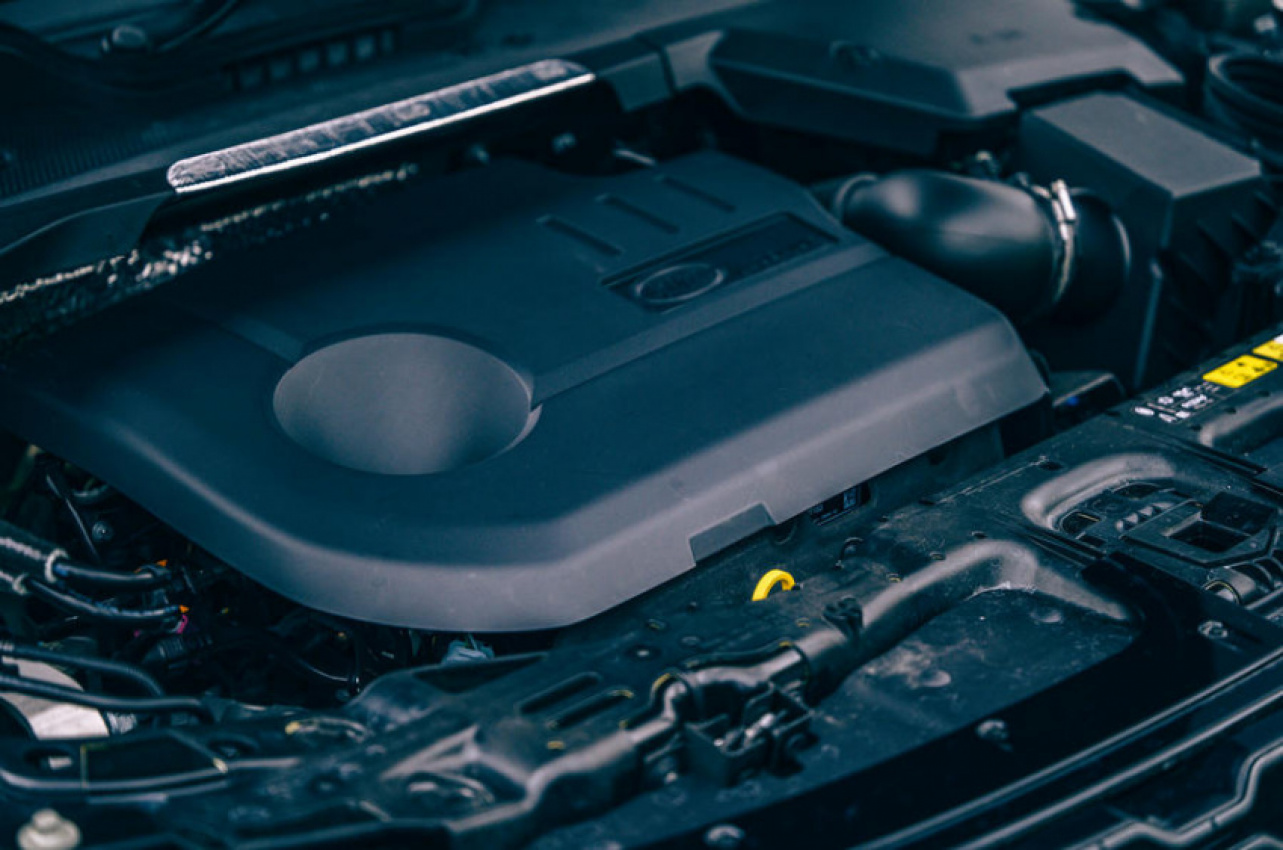 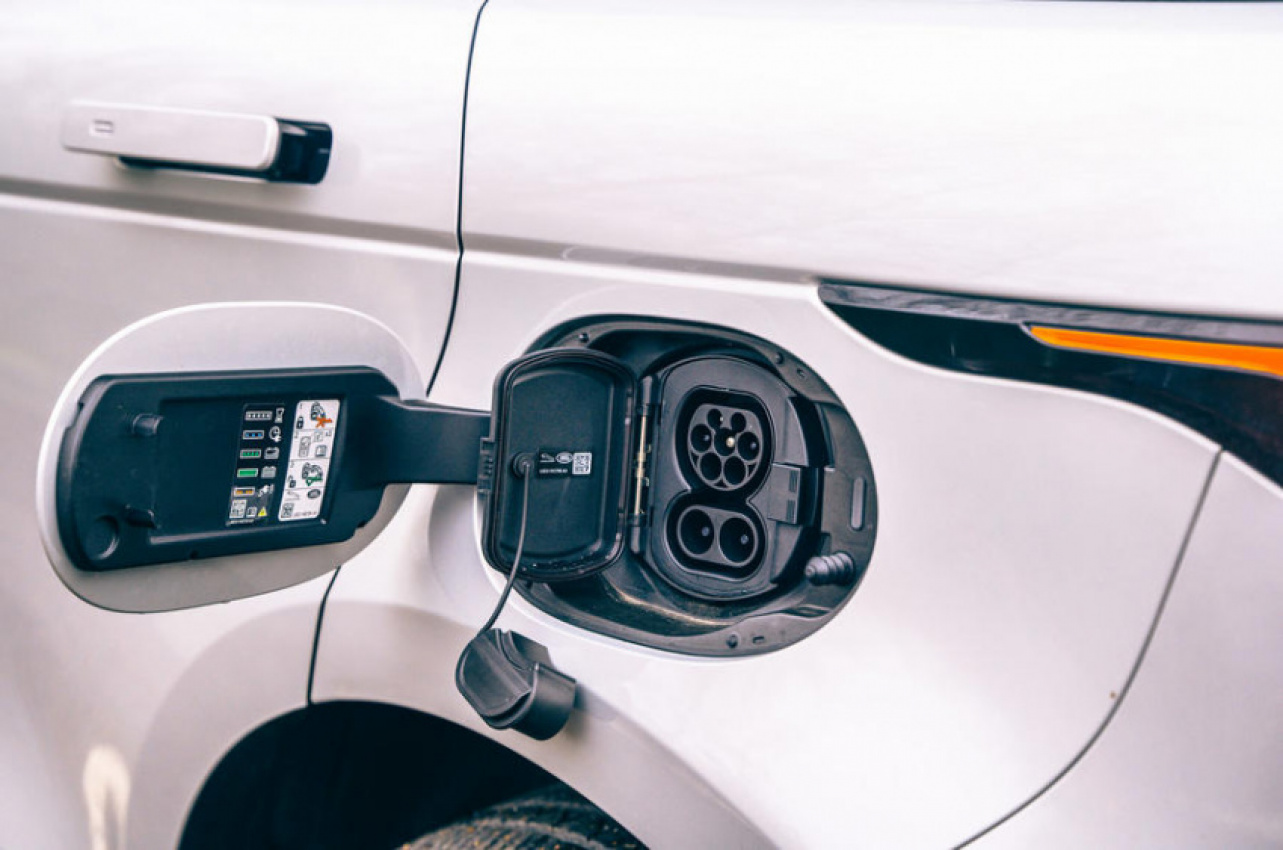 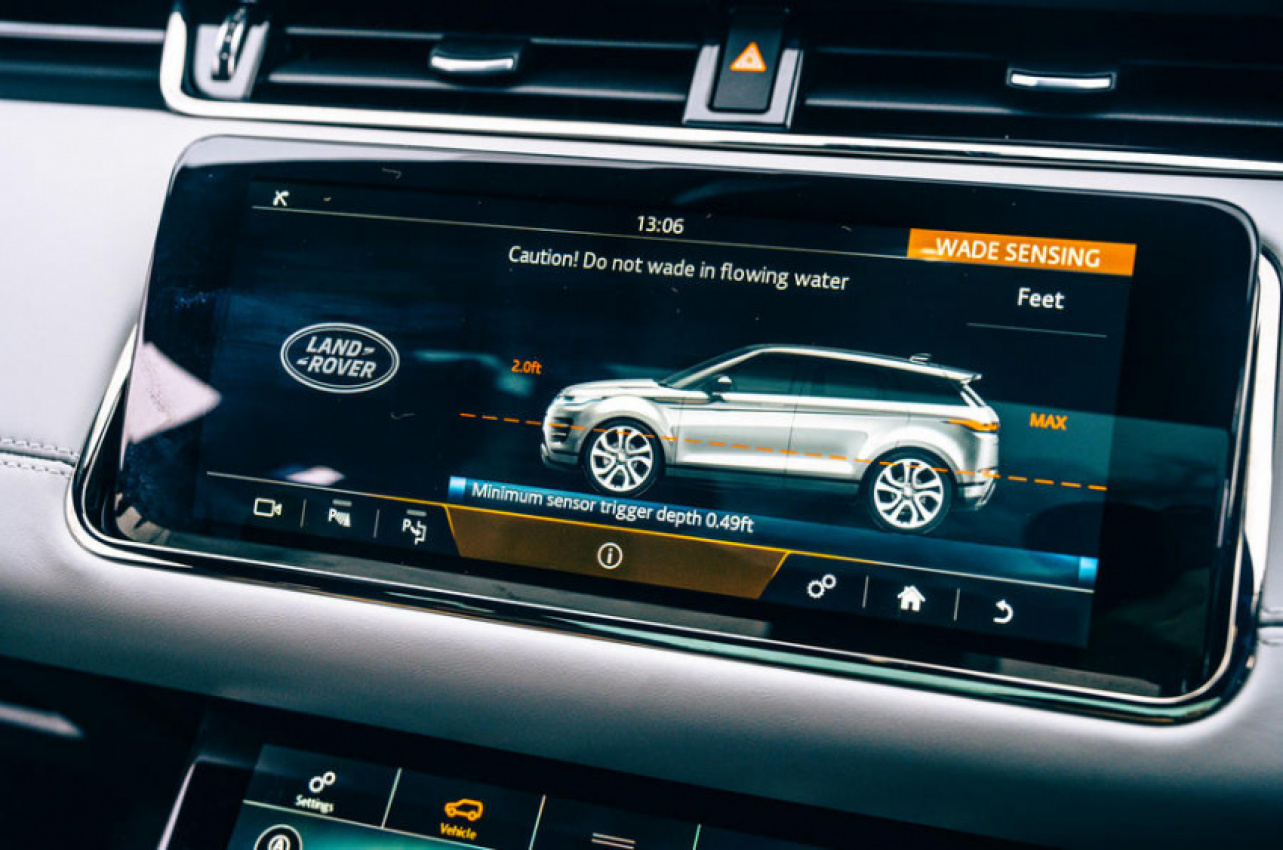 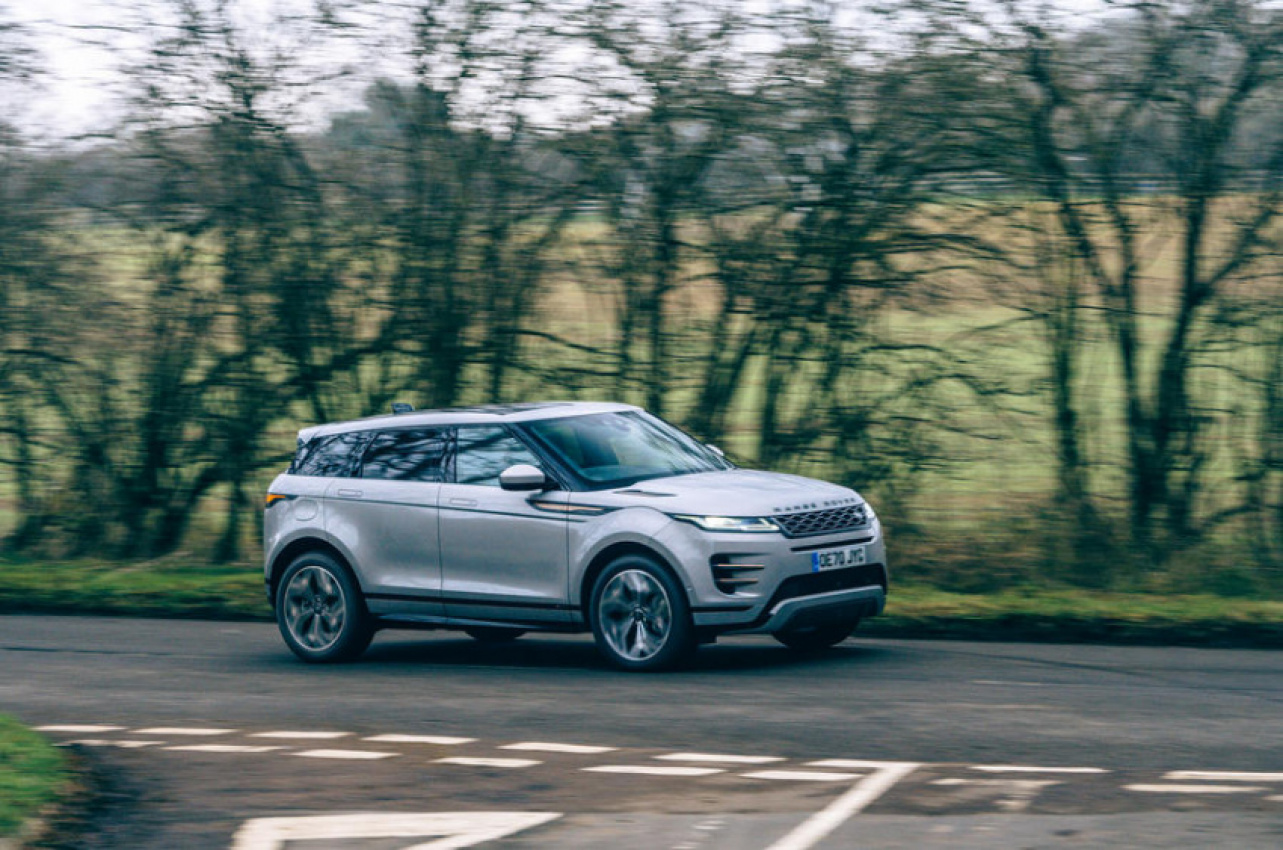 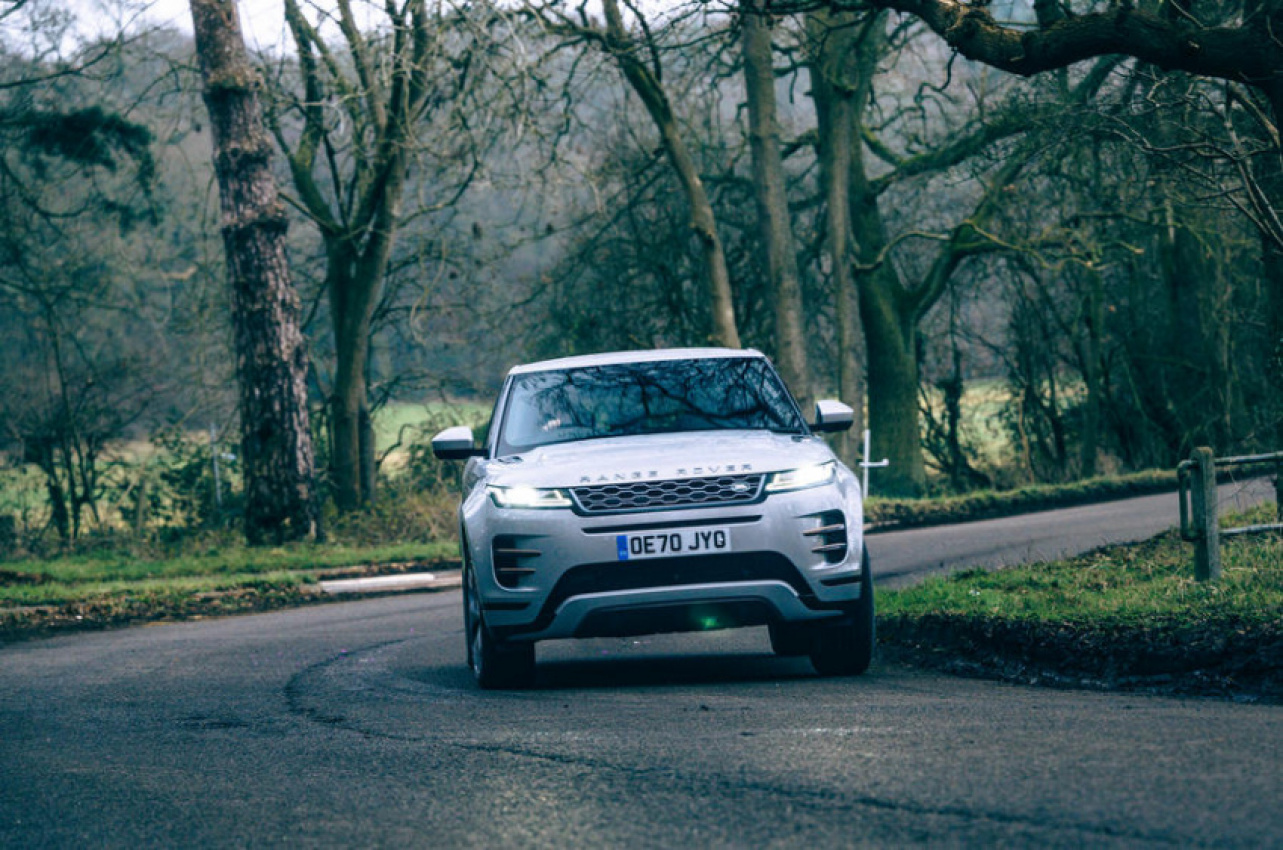 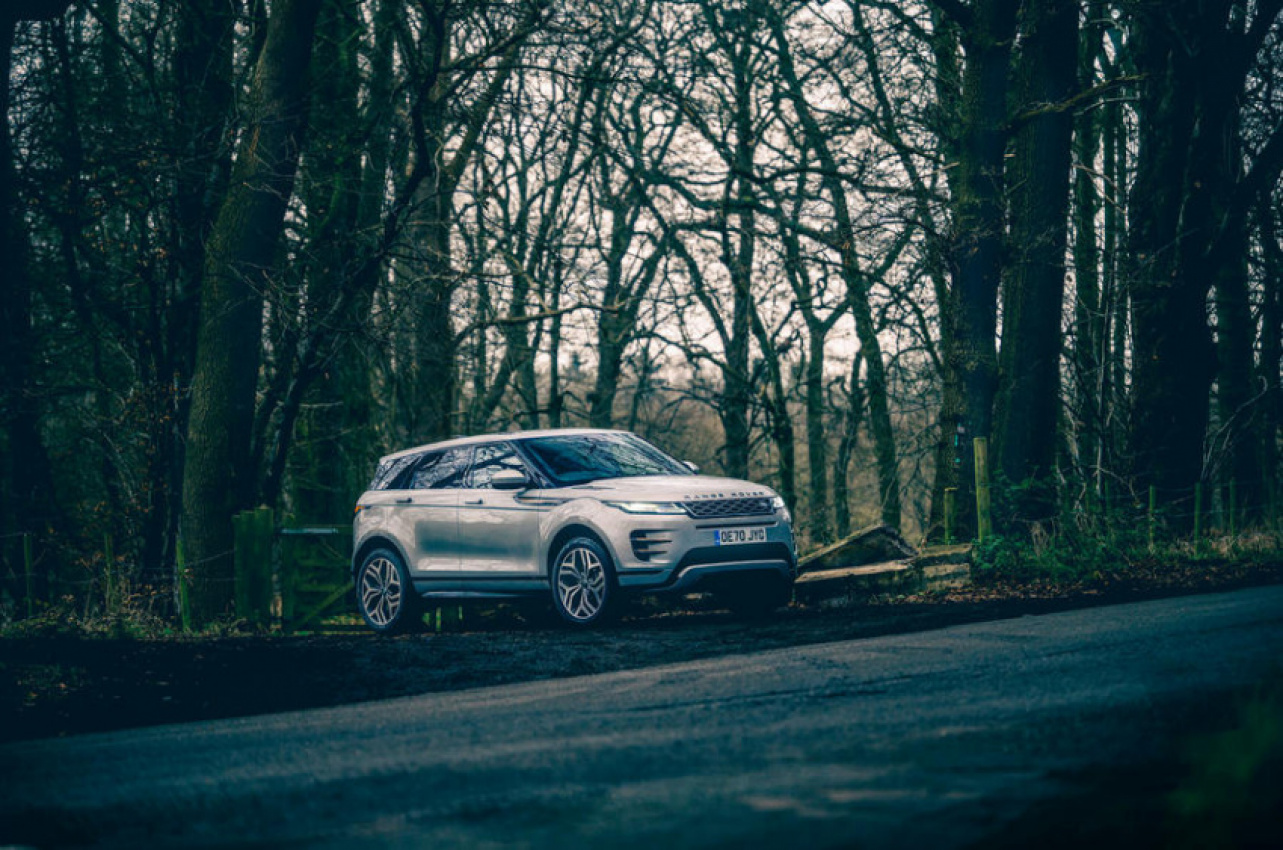 Introduced right at the end of 2018, the second-generation Range Rover Evoque has had a busy opening few years on sale.

It received new RDE2-compliant diesel engines in the spring of 2019; and then, in summer 2020, the particular subject of this week’s road test – the P300e plug-in hybrid version – was announced. Shortly after that came a 2021-model-year update for the Evoque range as a whole, which added a new infotainment system and active safety technologies, as well as an all-new range-topping Autobiography trim level.

With R-Dynamic cars, the side vents, bonnet louvres and exhaust tips are finished in a shade of ‘burnished copper’. It probably looks better against paler body colours.

Given that the L551-generation Evoque has yet to have a full Autocar road test of any kind, then, we’ve got plenty of ground to cover this week.

As for what we already know? Well, the car beat up its premium-brand compact SUV rivals pretty conclusively not long after it was introduced, scoring an eye-catching group test win in diesel-engined form. And yet, considering the burden of responsibility this plug-in hybrid version carries to sell in big numbers, to drive down its maker’s sky-high European-market fleet CO2 numbers, and to save Jaguar Land Rover millions in EU emissions fines, the verdict we’re about to give might be an even more important one than any we’ve delivered before on the car.

Land Rover introduced this car as a more refined and manoeuvrable, modern and sustainable, sophisticated Evoque, but one even more capable than its predecessor as well. It has been built on a new platform whose clever packaging is only now becoming fully clear; and as a PHEV, it offers things that plenty of its electrified compact SUV competitors can’t match. Read on to find out exactly what.

The Evoque line-up at a glance

Evoque customers first choose the edition they want (standard, R-Dynamic with its sportier styling, or range-topping Autobiography) and then begin to define the equipment level further through three trim levels (S, SE and HSE). S models get 18in alloy wheels, lesser headlights, a lift-it-yourself bootlid and so on; SE and HSE cars get 20in wheels, digital instruments and Land Rover’s latest double-decker infotainment screens.

There is rather less big-shouldered, jutting-features attitude about this follow-up act than there was its forebear; a set of more refined-looking lines, features and eye-catching details, too, perhaps, even if the underlying volumes, angles and proportions are still very familiar and – to our test jury’s eyes, at least – still mark it out as a car of real star quality as regards desirability.

The new Evoque is less than 5mm larger in every major dimension than the one it replaces. It uses the company’s Premium Transverse Architecture as the mechanical basis for its chassis, which is made predominantly of steel and was derived from the D8 platform of the last Evoque, but re-engineered to accommodate the 48V mild-hybrid, plug-in hybrid and full-electric powertrains that may one day fill out the entirety of the Evoque line-up.

Within that chassis, the car carries its inline engines transversely up front and, in the vast majority of cases, offers clutch-based Active Driveline four-wheel drive in tandem with a torque-converter automatic transmission. (The very bottom-rung 161bhp D165 is the only front-drive, manual-equipped Evoque on sale.)

After the 2019 engine line-up tweak we mentioned earlier, the car now comes with a choice of 161bhp or 201bhp diesels (the 237bhp oil-burner available at launch having been ditched), as well as 197bhp, 246bhp and 296bhp turbo petrols. All have 48V mild-hybrid, efficiency-boosting electrical systems. Added to that line-up is the P300e, which has a new 197bhp 1.5-litre three-cylinder Ingenium turbo petrol engine, an Aisin eight-speed automatic gearbox and a belt-driven starter-generator motor up front; and a 107bhp AC synchronous electric motor cradled between the rear wheels, which drives the rear axle only. Total system peak power is 304bhp and torque 398lb ft.

The car’s lithium ion drive battery has 15kWh of gross capacity (bigger than in most of its direct PHEV rivals) and is packaged next to the 57-litre fuel tank under the back seats, leaving boot space unaffected; neat packaging in a car of this size.

Land Rover’s adaptive damping system is available on most Evoques as an option. The P300e is the exception. It comes with passive suspension however you order it because, simply put, adaptive dampers use electrical energy and passive ones don’t and Land Rover wanted to give the car the greatest electric range and operating efficiency possible.

The latest generation of Land Rover's luxurious Range Rover Sport SUV hits the road (and the trail) this year with new mild-hybrid and plug-in powertrain options.

If Land Rover had really wanted to impress us with the agile and capable nature of the redesigned 2023 Range Rover Sport, the automaker would have programmed the navigation to do on purpose what we did by accident. After missing an exit on a roundabout outside Madrid, we ended up ...

2023 Land Rover Defender 110, 75 Years edition, profile Land Rover is marking its 75 years of existence with a limited-edition green Defender. No it’s not an all-electric version of the SUV, but rather one that will be decked exclusively in Grasmer Green, an exterior colour never before applied ...

There are two powertrains to choose from – the P300 4-cylinder Petrol and the P400 6-cylinder MHEV  Jaguar Land Rover Malaysia today officially launched the all-new 2022 Land Rover Defender 90, which is essentially the three-door short-wheelbase version of the new Defender. As seen with the Defender 110, there are two ...

ARA DAMANSARA: Jaguar Land Rover Malaysia (JLRM) has launched the all-new three-door Land Rover Defender 90 that comes packed with innovation to provide all-terrain driving experience in high levels of comfort and class. It’s available in two offerings of P300 and P400 that come with prices of RM838,800 and ...

How Do Car Seats Fit in a 2022 Land Rover Discovery?

Vale Arthur Goddard: Godfather of the Land Rover dies at 101

New Land Rover Defender Ends Up On A Tow Truck... In Lego Form