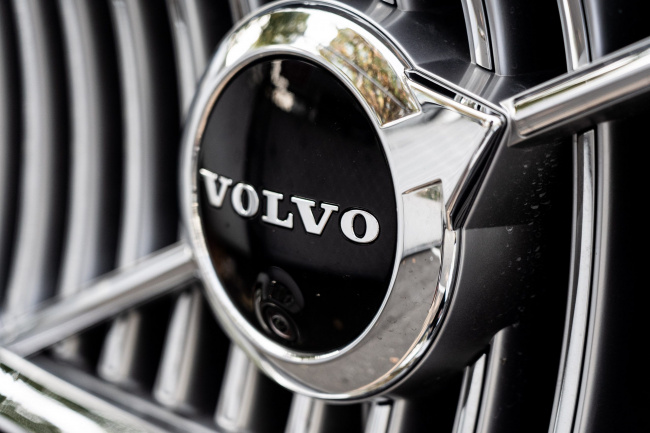 Volvo plans to unveil the EX30, an all-new and all-electric compact SUV, this coming June. The automaker first hinted at it during the online introduction of its upcoming EX90 flagship large sport-utility in November 2022. The confirmation comes from Jim Rowan, CEO of Volvo Cars, who told Australian publication Carsales that the small new model will debut on “June the 15 or something this year.”

The EX90 was unveiled in a livestream event. As the hour-long production wrapped up, Rowan finished up his presentation by asking viewers to take one last look at the EX90 that was on stage, adding, “if you look really closely, perhaps you’ll see something else — but that is for another day.” The screen display behind the EX90 then appeared to malfunction, and as it glitched, a silhouette of a smaller SUV appeared in front of the EX90 — now confirmed to be the EX30.

Rowan told Carsales the plan is to appeal to younger buyers with the new model, which will be smaller than the XC40 — currently the company’s smallest SUV. He said Volvo’s age demographic is “a lot older than we would like,” and that it would have “decent range” and be well-priced for an entry-point vehicle.

He also mentioned that offering a subscription-based ownership would likely attract younger customers, especially since they tend to shop online. Volvo currently offers such plans in some markets, including some U.S. states. The program launched in Canada in 2019, with customers paying a monthly fee covering ownership costs and able to switch to a different vehicle every 12 or 24 months, but it was eventually discontinued.

Rowan said both the EX90 and EX30 will go into production before the end of 2023. We know we’ll be getting the 2024 EX90 in Canada, but we’ll have to wait a while longer for the EX30’s official reveal for news on when and where it will go on sale. It will be built in China – Sweden-based Volvo is owned by China’s Geely Global automotive – and may use that company’s scalable electric platform, along with offering several battery sizes to meet price and market demands.

Keyword: Volvo to unveil its smallest electric SUV this June